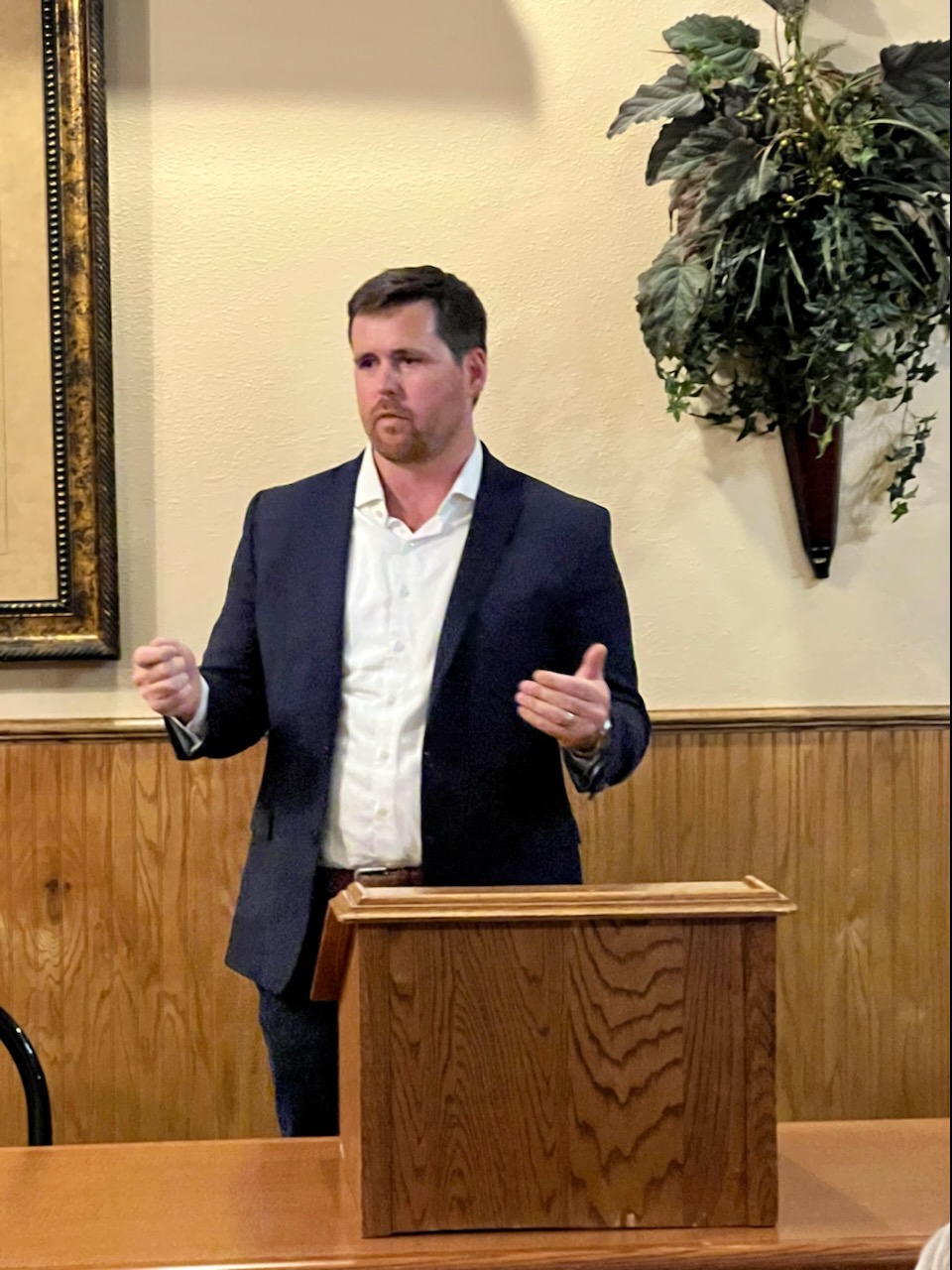 Fitzpatrick grew up in a rural town on Table Rock Lake in southwest Missouri. As a youngster, he showed entrepreneurial talent by starting a small business installing accessories on boat docks. After a storm destroyed several docks, he expanded his business from working on docks to building them. By the time he left home for college at the University of Missouri in Columbia, his business had six employees.

He kept his business by traveling back and forth between college and home. His company struggled through a tough recession and continued to grow. By the time Fitzpatrick graduated from Mizzou, he had 30 employees and was building docks across the Midwest. Currently, the company employs 70 people. It manufactures docks and builds marinas all over the country.

Running his own business taught Fitzpatrick a vital lesson: in many ways, the biggest obstacle to success is a bloated, inefficient and unhelpful government bureaucracy.

When he was 24, he successfully ran for state representative. In Jefferson City, he worked hard to become the youngest chairman of the Budget Committee in the history of Missouri.

As chairman, he inherited a huge budget deficit. He set to work cutting wasteful spending and balancing the state budget. He defunded Planned Parenthood and fully funded the state’s K-12 foundation formula for the first time in a decade. He delivered a budget surplus of more than $650 million while Missourians enjoyed the largest tax cut in state history.

After serving six years as a state representative, Fitzpatrick was appointed by Gov. Mike Parson to serve as state treasurer.

As treasurer, Fitzpatrick has increased investment revenue, returned a record amount of unclaimed property to Missourians and increased government transparency by creating an online database of state and local government expenditures so every taxpayer can see how their money is spent.

Fitzpatrick says he is running for state auditor “to continue fighting for taxpayers.”

He states on his website, “As auditor, I’ll expand upon the work I’ve done throughout my public service. Where waste, fraud and abuse occur, I will find it and root it out. I have a record of doing that as budget chairman and treasurer. As auditor, I will have the tools necessary to continue that work on an even greater scale, allowing me to have an even larger impact on government at the state and local level.”

In 2008, the state legislature gave the auditor authority to audit school districts. In the past 14 years, only 19 audits have been conducted of the 516 school districts. And yet, despite record levels of funding for public schools, two thirds of Missouri students are not proficient in math or science and more than half can’t read at grade level, he told the Pachyderms. As auditor, Fitzpatrick says he will review administrative costs and salaries and measure the performance of schools against the investment taxpayers are making in them.

He will also make sure schools are following the law by keeping politically divisive curriculum such as Critical Race Theory and discussion regarding gender and sexual preferences out of the classroom.

As auditor, Fitzpatrick says he will continue to focus on government transparency. “Waste, fraud and corruption will not be tolerated at any level of government. We have seen lawless behavior from some of our local governments. As auditor, I will lead a comprehensive audit of any local government that is failing to protect the taxpayers it is elected to serve.”