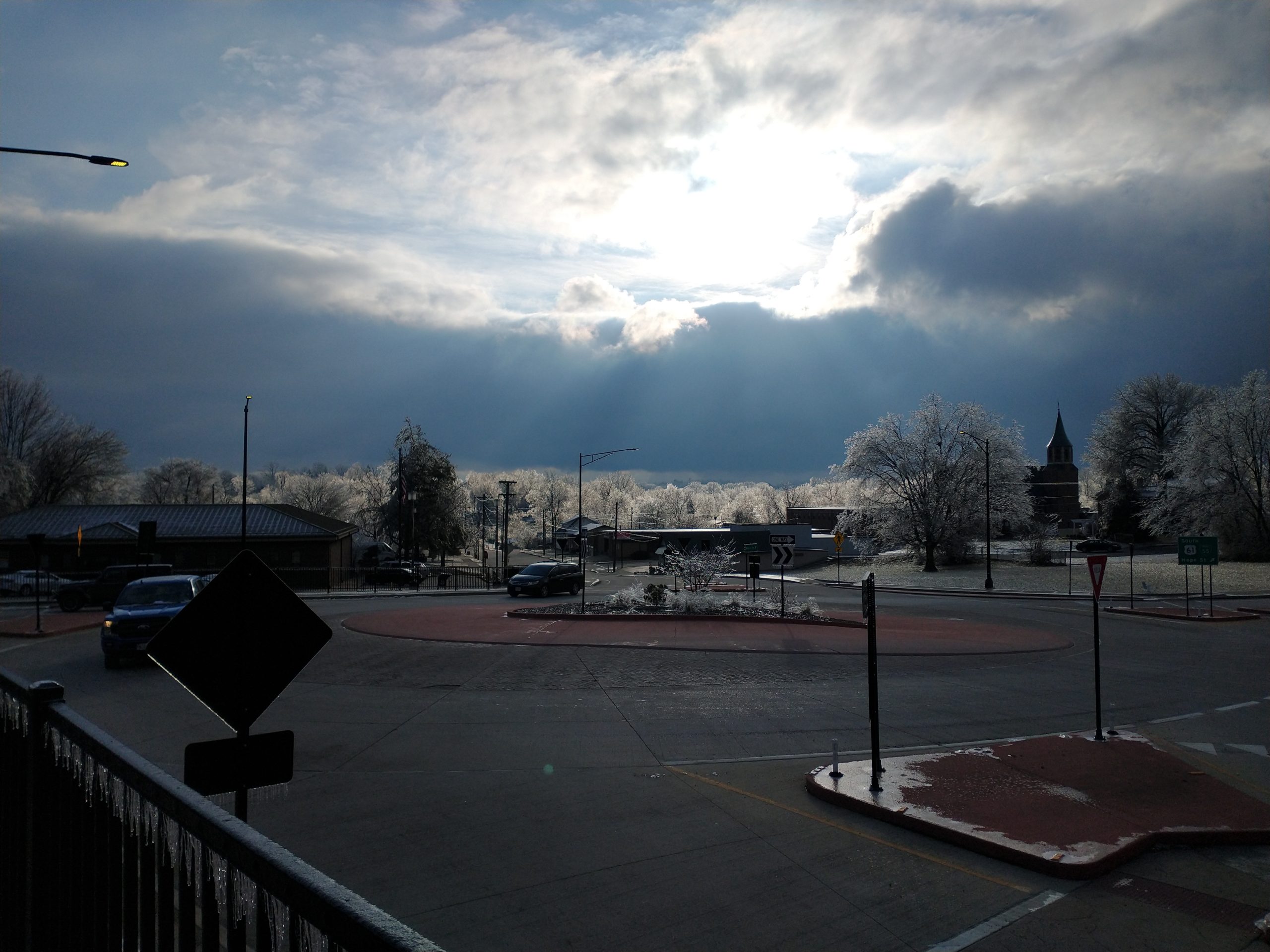 When the sun poked through the clouds briefly on Friday morning, most roads were clean and dry. A thick layer of ice clung to trees, power lines and fences, causing them to glisten in the sunlight, as seen in this photo looking east from the Uptown Jackson roundabout. Photo by Gregory Dullum

Forecasts of freezing rain, sleet and inches of ice accumulation sent many area workers and students home early last Wednesday and kept many home for the rest of the week.

Jackson R-2 schools closed an hour early (2 p.m.) Wednesday — an hour before the storm was supposed to hit — and remained closed the rest of the week. Students had a “snow day” Thursday, but Friday was an AMI (alternate method of instruction) day with virtual learning from home.

The Veterans Administration community clinics closed Thursday, as did many area businesses.

Sleet and rain fell early Wednesday evening and continued into the night as temperatures dropped below freezing.

City, county and state road crews did a good job keeping roads and highways passable for those who had to travel, although numerous vehicle accidents were reported in the county Wednesday night as ice formed on some roads.

One accident damaged the concrete barrier on the southbound bridge of I-55 over the DDI. Some concrete fell onto one lane of eastbound Hwy. 61 under the bridge, forcing MoDOT to close that lane until the damage was assessed early this week.

Rain began to fall again at 10 a.m. on Thursday and continued all day.

Thursday’s rain helped melt some of the accumulated ice, but as temperatures dropped further below freezing on Thursday night, ice built up on trees and power lines. Some tree limbs snapped under the added weight, but with little wind, the ice buildup was not as big a problem as had been expected. Small power outages were reported sporadically throughout the county, likely caused by limbs that had fallen.