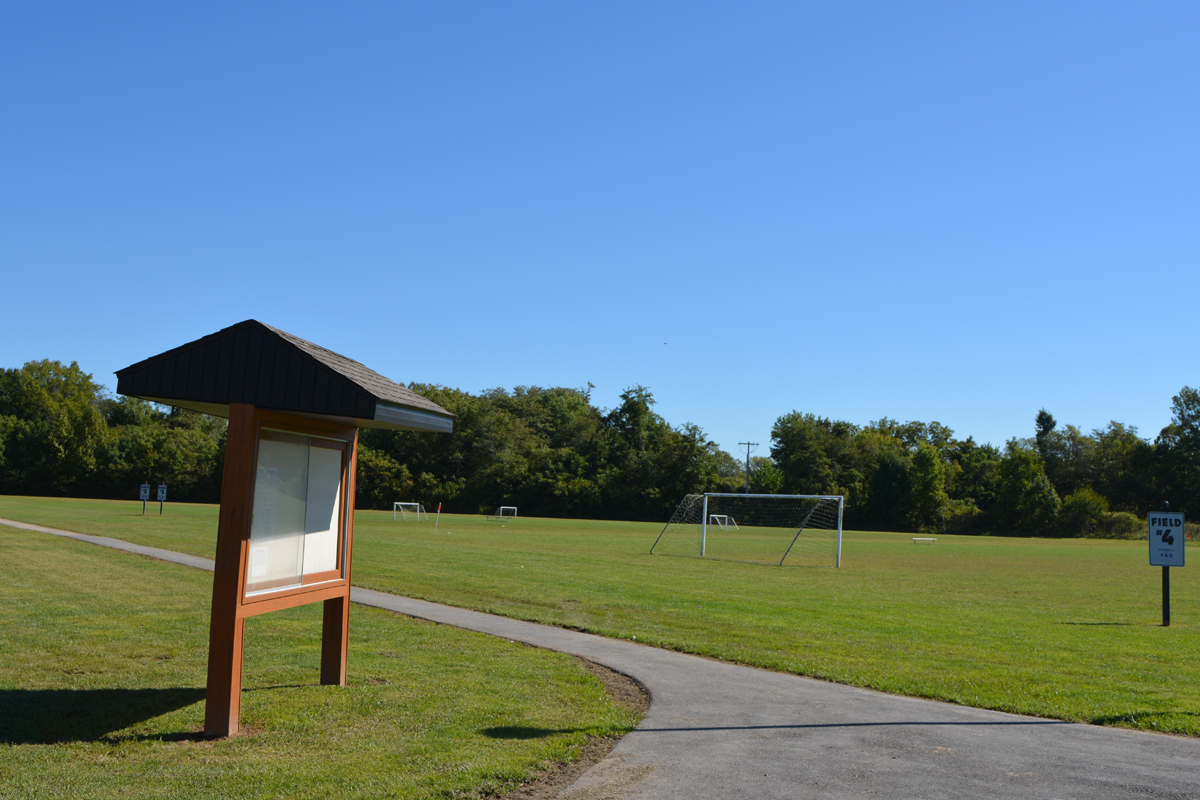 Improvements to the Jackson Soccer Park, including fixing drainage on the sidewalks, were discussed during the Sept. 20 Board of Aldermen meeting. Photo by Jay Forness

The City of Jackson Board of Aldermen voted against a request from Jackson resident Jason Yeager to operate a transmission repair and interlock auto installation business from his home during its Sept. 10 meeting.

Yeager, who lives at 525 Maple Drive, required a special use permit to run his business from his home, due to his house being zoned in a R-2 (single family residential) district.

He is looking at relocating to a location on Old Cape Road East that is inside the Jackson city limits and across the street from Dutch Enterprises. “I’m taking the bad and turning it into a good and just trying to be positive about it,” Yeager said. “Right now I’m throwing it all on the line.”

The board voted 6-2 against the special use permit, with Joe Bob Baker and Wanda Young as the sole votes in favor of the request.

Yeager had been operating the business, named Fuzz’s Transmissions, since February out of a shop on his property around 50 yards behind his house.

The majority of his business has been installing court-mandated ignition interlock devices that test the driver’s blood alcohol level. In addition, Yeager said he repaired transmissions in his shop that were already removed from vehicles.

Deborah and Bobby Besher, who live at 524 Maple Drive, both spoke in opposition of the proposed special use permit during the public hearing due to traffic concerns on the cul-de-sac street and decreased property values.

“You don’t move into a residential area to live beside a commercial business,” Bobby Besher said. Both Bobby and Deborah mentioned they would like to see Yeager’s business succeed, just not in their neighborhood.

• I-55 electrical substation: The Board accepted a $337,416 bid from Tom Beussink Excavating, Inc. of Jackson for grading and site preparation for a new electrical substation near I-55. The board also approved an ordinance authorizing a contractual agreement for this work.

The aldermen are elected to two-year terms, with Paul Sander, Dave Reiminger, Larry Cunningham and Joe Bob Baker’s current seats up for election next spring.

• Sewer lining: The Board approved a change order in the amount of $31,728 to Insituform Technologies USA LLC or Chesterfield relative to the city’s 2021 sewer lining program.

• Public hearing set: A public hearing was set for 6 p.m. on Oct. 18 to consider a special use permit request submitted by Brian and Angela Powell for an in-home daycare in an R-1 (single-family residential) district at 596 Canyon Trail.

Phase one of the improvements, which will be on the agenda next meeting, would include fixing drainage issues of an existing park sidewalk between fields on the north end of the park. Liley said the sidewalk is currently unusable days after it rains.

The drainage project is estimated to cost $30,000. Strickland Engineering has donated their time to create a preliminary drainage plan, and the design work will be done by City Engineer Anna Bergmark.

Phase two of the project, which would most likely require donations from the Jackson Area Organized Soccer Association (JAOSA), would renovate three large fields that are currently unusable, as well as include grading and drainage work along the east side of the park.

• Hubble Ford Bridge: An update was given on the Hubble Ford low water crossing replacement project during study session.

The current estimate for the project cost is $601,000. This estimate, which includes the engineering design, is subject to change as the design is completed and due to changes in supply prices.

City staff recommended not abandoning the easement behind homes in the subdivision because the easements in front of the houses are used for utilities and future utility lines may need to go into the back easements.

City staff inspected the site and was shown a sink hole that formed over the storm sewer pipe. After a record search, it was found that the storm sewer was moved from the original easement when Bent Creek Drive was built and no subsequent drainage easements could be found.

Bergmark recommended the City recognize that it is a private storm sewer system that is the responsibility of the property owners.