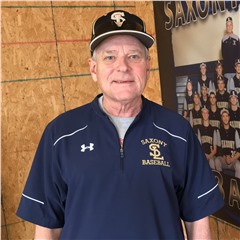 The matter was brought before the Board of Aldermen at Monday night’s meeting for the Board’s approval.

Penzel resigned from the Board of Aldermen May 21 to ensure there would be no conflict of interest. He is president of Penzel Construction Co., Inc., which is seeking to be the design-builder of the new Jackson police station.

By city ordinance, the mayor must nominate an alderman to serve until the next election in April 2019.

“I have had discussions with several individuals about serving in the interim position. One discussion was with an individual who has a long history of service to the City of Jackson,” writes Hahs in his column this week for The Cash-Book Journal.

“After these discussions, I nominated Paul Sander as alderman for Ward 1. It is anticipated that Paul will be confirmed by the Board of Aldermen at our Aug. 6 meeting and immediately begin serving at that meeting.

“He joins the Board with a wealth of experience. Paul was mayor of Jackson for 14 years from 1993 to 2007. Previously before becoming mayor he served as Ward 1 aldermen for seven years.

“I’m looking forward to working with Mayor Hahs, the Board of Aldermen, the city employees, and all citizens of Jackson to continue the betterment of our great city,” Sander said.