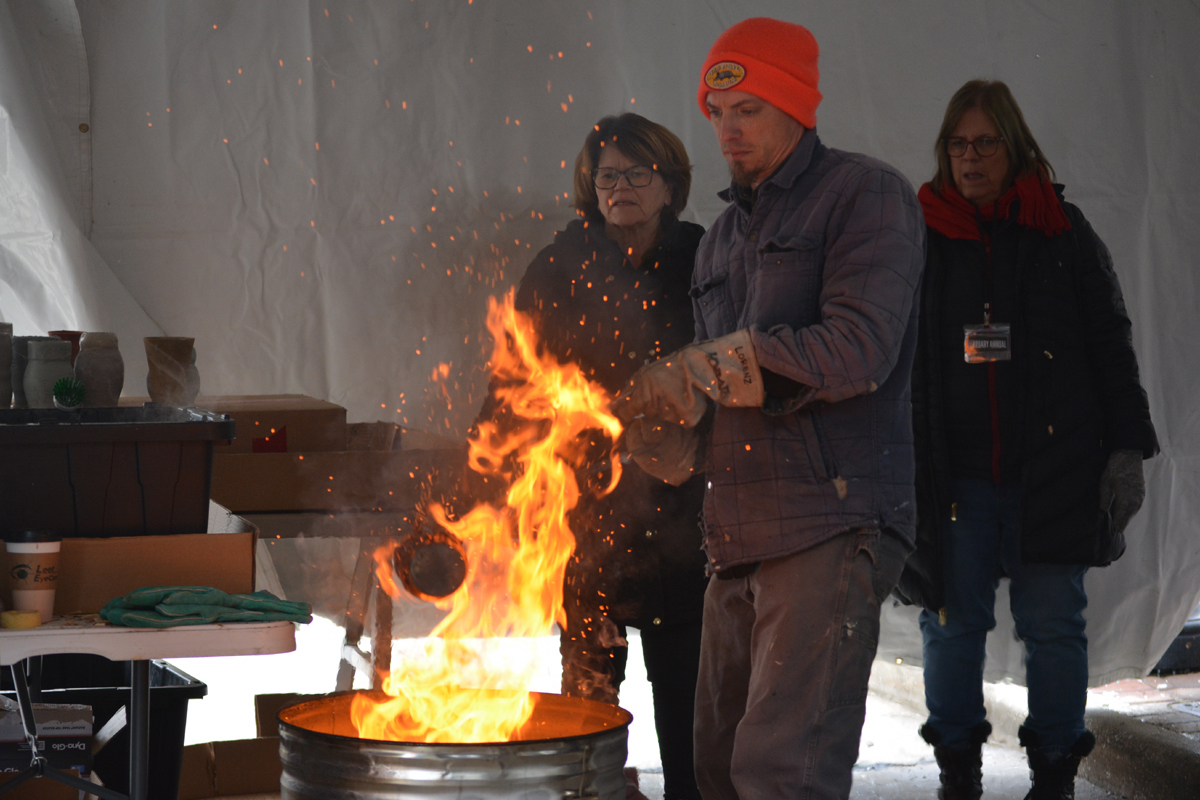 This year’s February Annual event, themed “We Will Raku,” from the Uptown Jackson Revitalization Organization featured Raku pottery demonstrations from Riverside Pottery Studio’s Rob Lorenz. Attendees were invited to glaze their own pots before they were fired by Lorenz.

Raku pottery dates back to the early 1550s in Japan, while western-style Raku involves removing pottery from a kiln while it is still bright red from the heat and placing in a container with combustible materials. This process produces an intense reduction atmosphere which affects the colors in glazes and clay bodies.

The event also included ceramic art displayed at the Cape Giradeau County History Center and in High Street window displays, as well as specialty Japanese-inspired food options including the Japanese dish Tonkatsu from The German Cook.

February Annual is organized by UJRO’s design committee to showcase regional artists through art exhibits and education in Jackson. 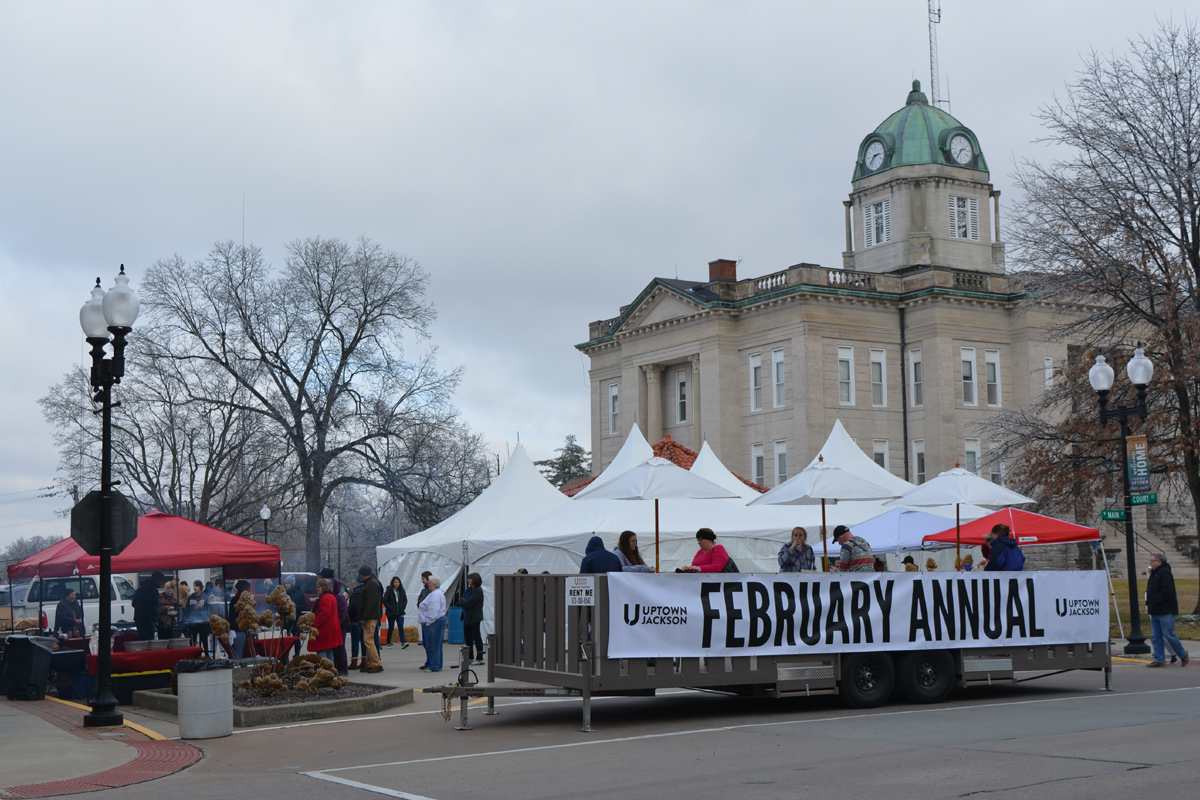 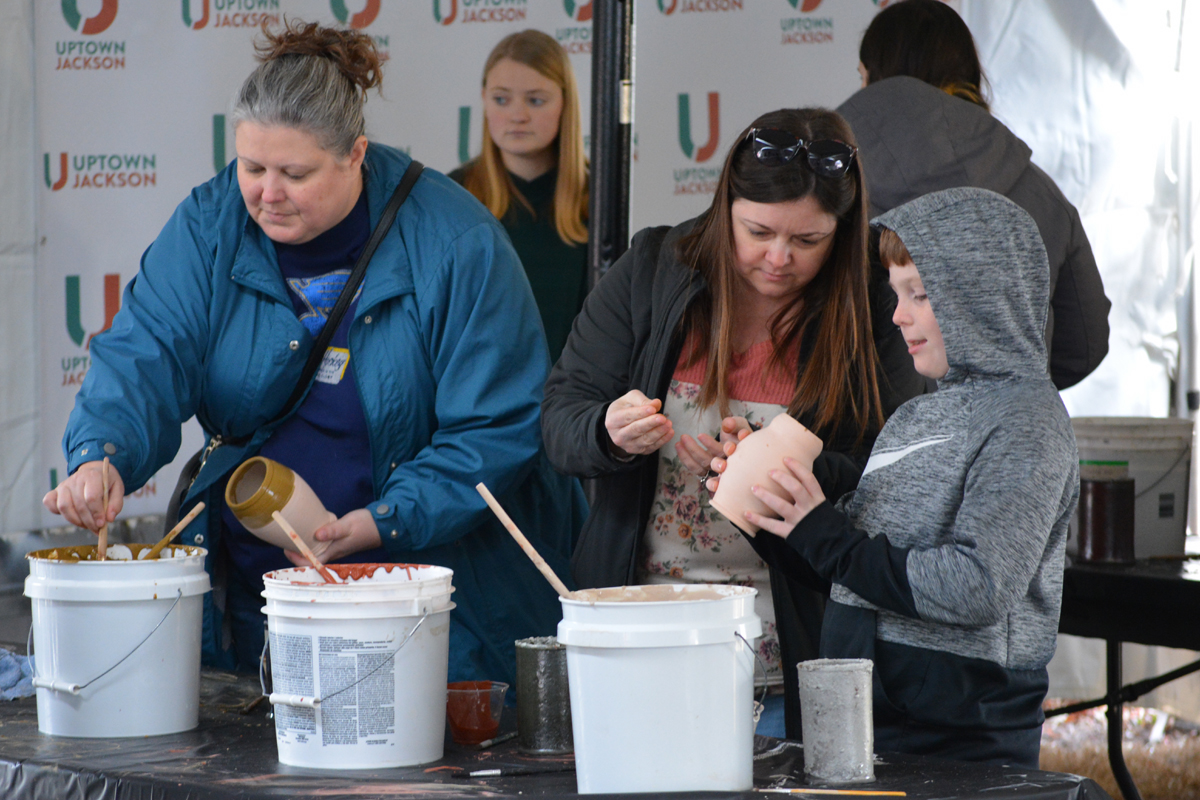 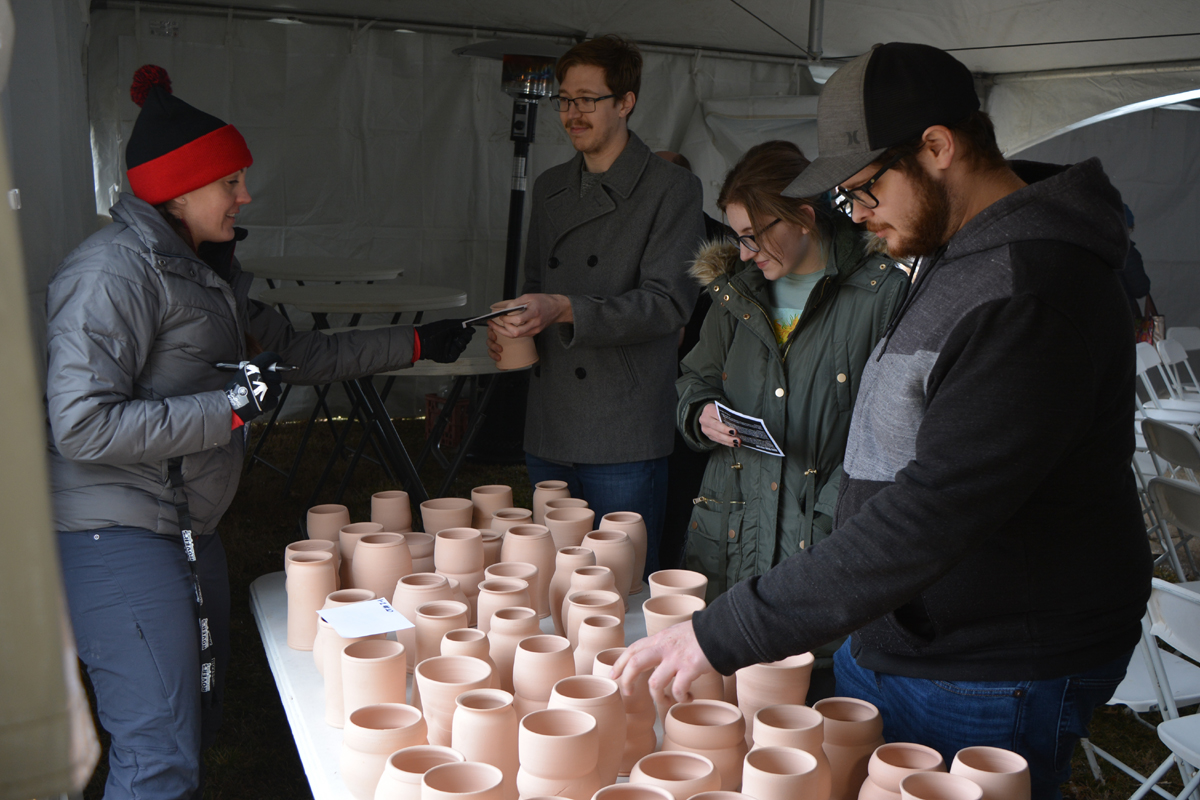 Attendees of this year’s February Annual art event were able to pick out pots to glaze before the pottery went through the Raku pottery firing process. 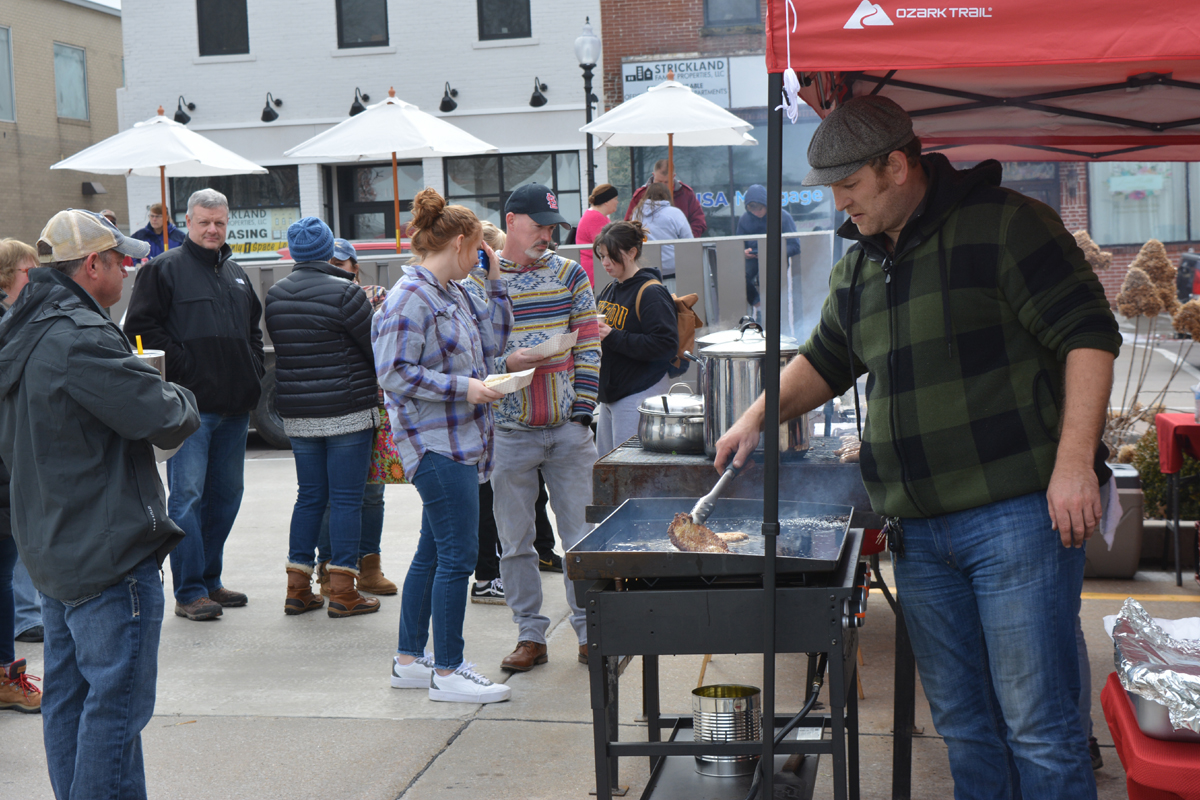 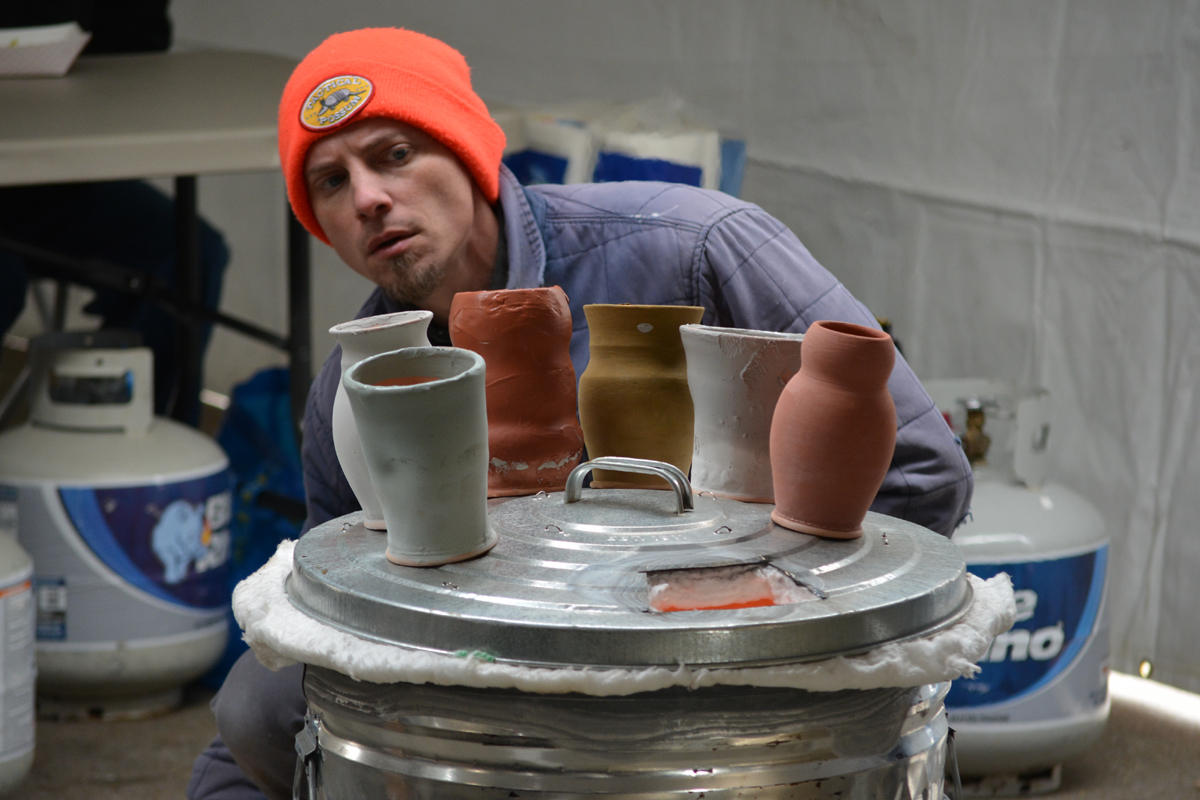 Riverside Pottery Studio’s Rob Lorenz inspecting the glazed pottery before putting them in the kiln. 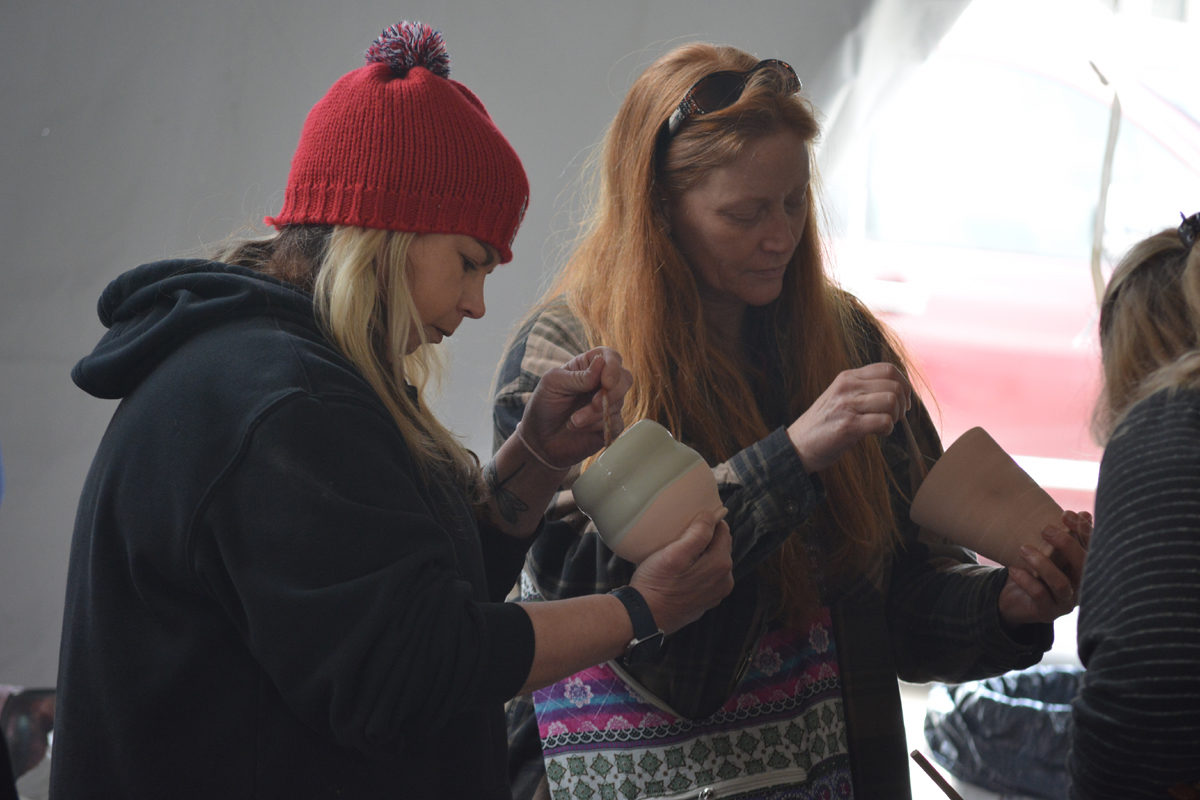 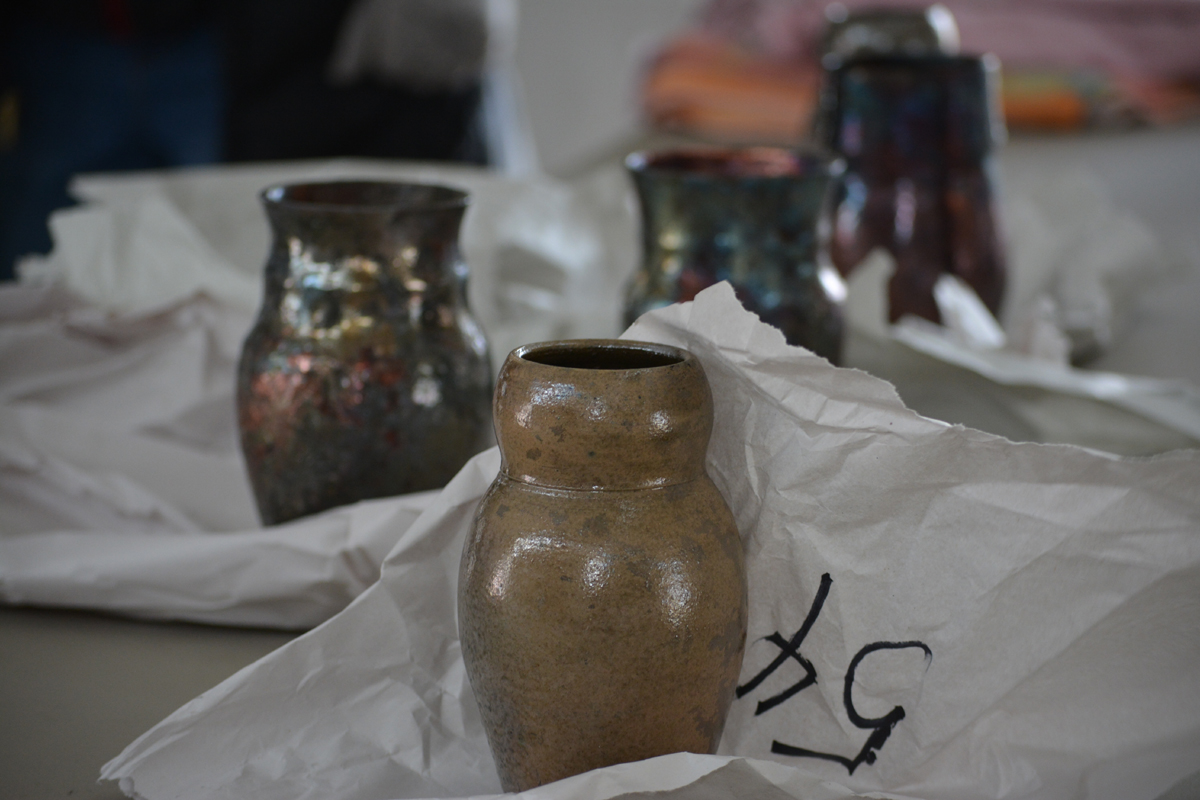 Finished Raku-style pottery glazed by attendees at the event and fired by Rob Lorenz during Raku pottery demonstrations from 11 a.m. to 4 p.m. on Feb. 26.