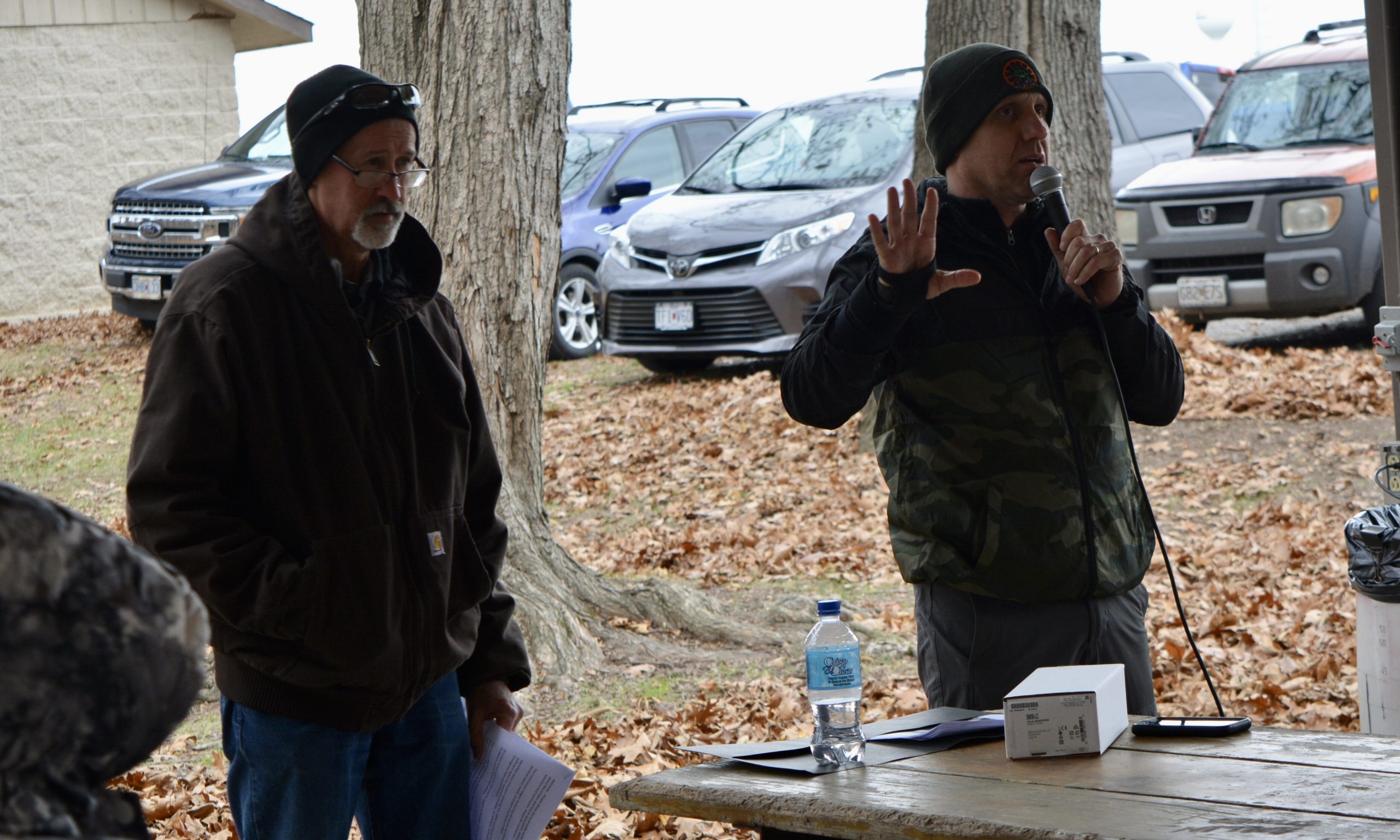 Cape Girardeau County residents and volunteers have raised concerns against a new Emergency Management building being built in Klaus Park, saying it will disrupt the natural atmosphere of the park and use by the local organizations such as the youth mountain biking team SEMO Mudcats.

The county is currently drawing plans for a new emergency management center, proposed to be located in the open field in Klaus Park across the driveway from the park’s pavilions and restrooms.

Matt Smith, the team director for the SEMO Mudcats and volunteer in Klaus Park, organized two meetings with Cape Girardeau County Commissioners Charlie Herbst and Paul Koeper on Nov. 16 at Klaus Park in Jackson for citizens to voice their concerns for the potential construction project.

“We are sincerely asking the Cape County commissioners to consider building at another property that would have less of an impact and allow Klaus Park to be used by the public for what it was originally created for,” Smith said.

Commissioner Charlie Herbst said site work was being done at Klaus Park to verify the soil conditions of the proposed location for the new emergency operations center.

The county has not yet approved any construction costs related to the project beyond design and engineering work but has allocated $5.3 million of American Rescue Plan Act funding to the project.

Multiple residents raised concerns that the construction would eliminate much of the only “open green space” in the park – where kids play soccer, put up badminton nets and learn to ride various types of bikes.

The proposed building is expected to take up 700,000 square feet of the Klaus Park field, in addition to added parking near the building. Smith said the SEMO Mudcats use the open field in the park as practice space for children to learn how to ride mountain bikes and this space cannot be replaced.

“This is the only park in Cape County where we have the ability to create an appropriate practice area to help the student athletes become successful,” Smith said.

SEMO Mudcats was created three years ago and includes sixth through 12th grade students from Jackson, Cape Central, Notre Dame and Immaculate Conception, as well as some homeschooled children.

“This park produced great athletes – 75% of our students are ranked within the top ten of their age group, and we had six kids from this community on the podium at the state championship,” Smith said.

The team has continued to grow since it was created and Smith said the growth is not expected to slow down. “The SEMO Mudcats are anticipated to double, maybe triple, in size in the next few years, so we need even more space for these kids to ride bikes,” he said.

Smith estimated that SEMO Mudcats spent a combined total of 587 hours in 2021 practicing in Klaus Park and around 815 combined hours in the park this year.

“As a father, I can’t help but look over at that field and remember the dozens of days that our daughter has spent learning to ride a bike and creating a lifetime hobby in that field with her friends,” Smith said, adding that he hopes future children in this community have the same opportunity to run, ride and play in the park field.

In addition to SEMO Mudcats using the field, Smith said the park is used by several organizations for trail runs and Cyclewerx Bicycle shop hosts multiple youth and adult cycling classes in the park.

Smith added that the SEMO Mudcats are in the process of petitioning that a youth mountain bike race be held in Klaus Park next year – bring up to 1,000 visitors to Cape Girardeau County.

The one-story concrete building would primarily protect emergency equipment such as generators, most of which is currently stored outside, in the event of a tornado or earthquake. The building is being designed to withstand more than 200 mile per hour winds.

“We have a lot of equipment that has been provided to us through the state and federal government, but we have to have care, custody and control of it,” Herbst said. “They are in different locations throughout the county – some are in temporary structures and they need to be all in one place.”

The building would also include office space for one to three emergency management employees, as well as meeting space that could be used by state and federal agencies during a disaster response.

“Currently, the county’s emergency operation center is in a room on the bottom floor of the 1930-something Coca-Cola building that we call our administration building,” Herbst said.

Herbst said all the equipment would be stored inside, utilities would run underground and the building would be aesthetically designed to blend in to the park environment.

“There are also existing park shelters in Klaus Park that need renovation and improvements,” Herbst said. “Because the county doesn’t have a dedicated park tax, park projects depend on revenue from park shelter rentals, grants and donations.”

Herbst said the county is looking at upgrading the two Klaus Park pavilions to be ADA-accessible, adding upgraded electric and water access for events, replacing the current restrooms and adding a new playground.

Koeper added that the county would place the building as far over as possible to keep as much of the remaining field useable as possible, if the project moves forward at the Klaus Park location.

“The commission and the park directors continue to support mixed use of the 30 acres that we have available here for the public use as much as we can,” Herbst told the crowd at Klaus Park during one of the two meetings last week.

Herbst and Koeper said the location in Klaus Park was ideal for the project because it is near the interstate, between the two major cities in the county, close to major utilities and the county already owns the land.

“We looked at a lot of places, but we own this property,” Koeper said. “If we have to go someplace else, we have to buy a property.”

Koeper said the commission has to look at what is best for all county citizens, and that the county has to do something to improve their emergency management operations.

“The emergency operation center is for 78,000 people in this county – it’s not for any small group, it’s for everybody,” Koeper said. “It’s all for a future disaster that we hope we don’t have.”

Presiding Commissioner Clint Tracy said during the Nov. 17 county commission meeting that county officials have talked with other government entities to see if there was available space around the county for the project.

“There may be some other options to consider,” Tracy said. “We are still in the engineering phase and at the beginning of this.”
Koeper said the commissioners hope to put the project out for bid early next year, with construction taking around a year to 15 months to complete.

Smith said he plans to organize additional meetings about the issue in the future, as there is a strong community that utilize and maintain this particular park.

“No other Cape County park has this level of daily volunteers monitoring a park,” Smith said. “We calculated that the adult and youth volunteers spent over 200 hours maintaining the trails in 2021 and 2022.”