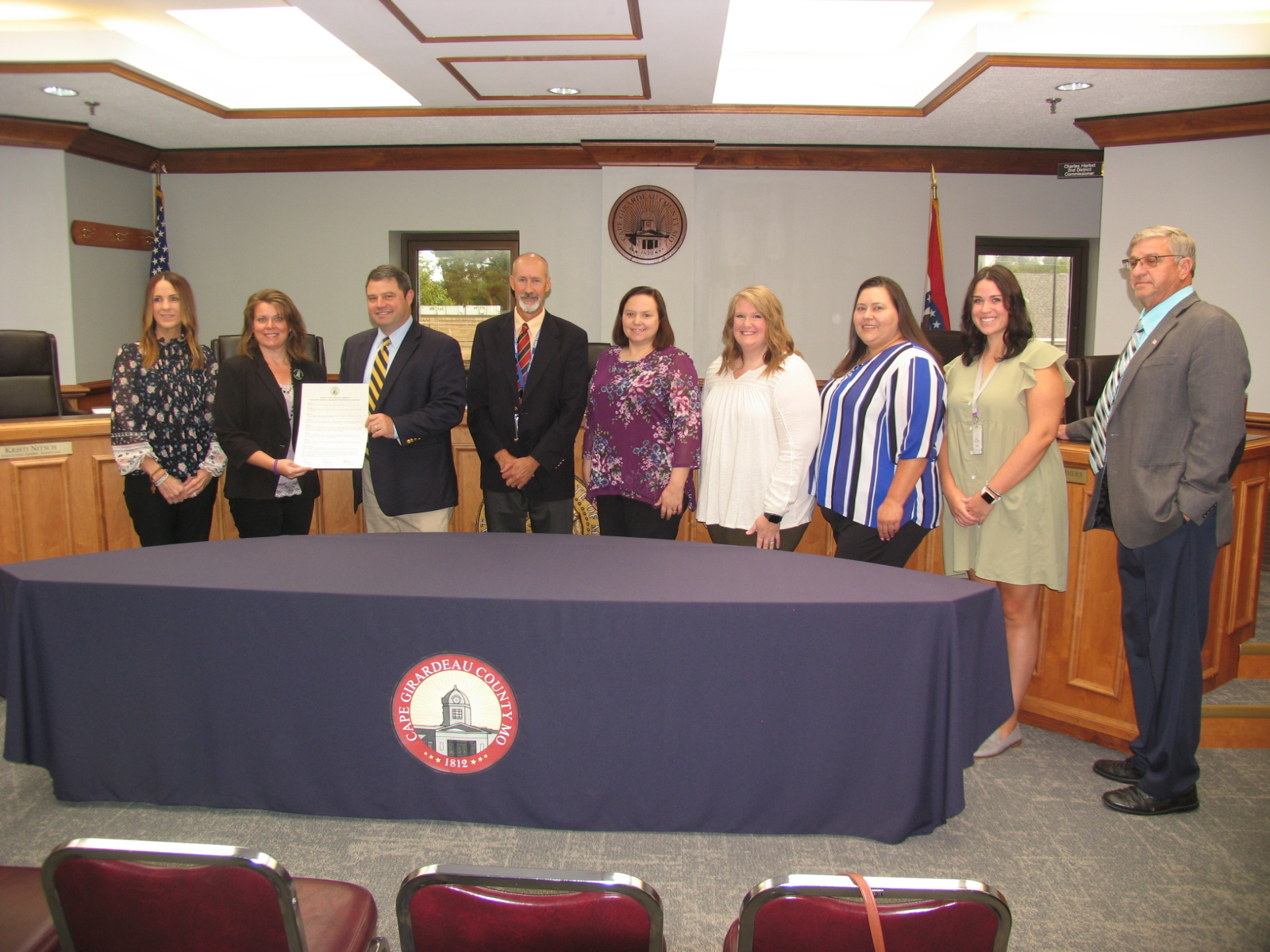 Jaime Holloway from the Cape Girardeau County Sheriff’s Office, read the proclamation to the commissioners before they signed it. Following are some of the facts presented by Holloway:

• There were 71 domestic violence related homicides reported in the State of Missouri in 2020, a 34 percent increase over 2019.

• In 2020, there were 2,143 calls reporting domestic violence made to law enforcement in Cape County.

The Safe House has planned a number of activities for this month. They include:

• A limited number of yard signs are available to draw attention to Domestic Violence Awareness Month. If you would like one, call 573-335-7745.

• Purple Thursday is Oct. 21. Join with other advocates and allies in wearing purple. Then, take your picture and post it to social media with the hashtags #PurpleThursday and #SafeHouseDVMonth.

• The Cape Police Department is hosting a Safe house domestic violence display featuring a flag for each of the 500 survivors served at the Safe House last year.

The County was notified earlier this year that more public defenders were being assigned to the office and more space was needed. The office has been “built out” and is ready to be occupied.

Cape County will now pay $80,000 per year to lease the space, but that cost is split up among the six counties that use the office and is prorated based upon the population of each participating county.

Cape County is the largest of the six counties, so it was chosen to be the location for the Public Defender’s office.