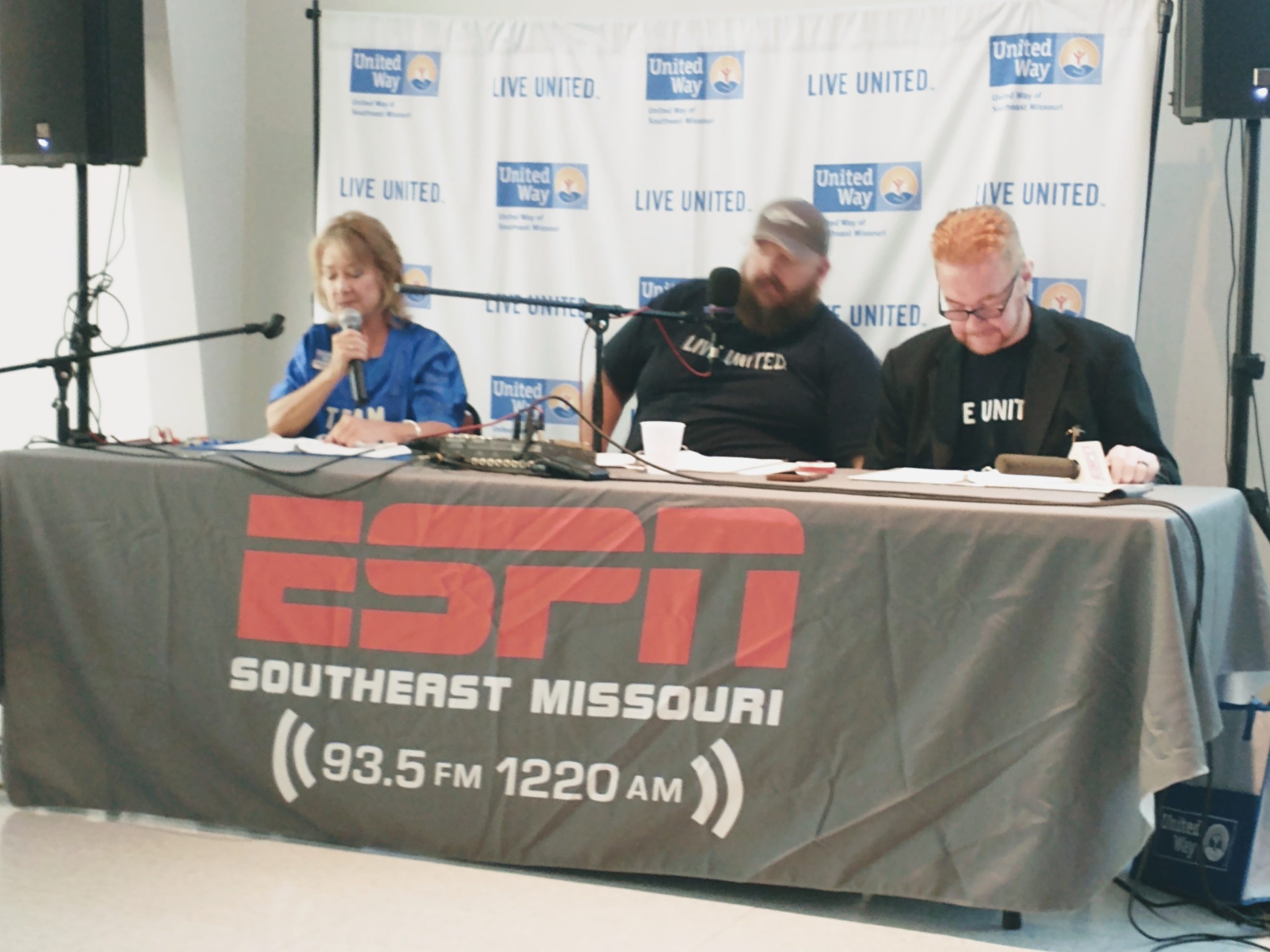 The United Way of Southeast Missouri kicked off its 2022-23 fundraising campaign with a sports-and-game-themed luncheon at the Cape Girardeau VFW Hall Thursday, Sept. 1.

This was the first live kickoff event since 2019, because the 2020 and 2021 events were cancelled over COVID-19 concerns.

“We have a new team of partners who have had a string of successes helping everyone win the game of life,” Burgfeld announced.

“If there’s one team that can take the hits and keep on running, its United Way of Southeast Missouri and their powerful network of funded partners,” Sean added.

“The United Way lineup tackles problems most ordinary players run from: hunger, homelessness, substance abuse, mental health challenges—so many issues that would cause someone to feel like they are losing the game of Life,” Burgfeld continued.

“But the United Way Team racks up wins by sticking to basics, and those are the fundamentals of success: education, income stability and health,” Sean noted. “You know, it’s like a relay race; every leg has to be strong. To win the game of life you’ve got to have a good education, good health and a stable income.”

Those three things are the main focus of United Way and were used to help selected the funded partners for the next three years.

Thirty agencies, representing 34 programs, have returned as United Way funded partners for the next three years. They include:

“We are so excited to be back in person, having live, in-person events again,” said “Team Captain” Shelton. “Thank you for helping kick off the season that is sure to be a home run.”

Shelton said that out of every donated dollar, 98 cents go to funded partners. This is made possible by corporate sponsors.

Shelton stated, “It would be a very different story without corporate support on the infield and in the back nine.” Each of the corporate sponsors were then recognized.

United Way supports programs, not just agencies. Agencies must report back to the United Way the success of the programs being funded. “By investing in specific programs, and requesting annual outcomes or reports from our partners, we are able to deliver on our promise that our donors’ gifts are a line drive to the end zone, going directly to the program that helps people right here in Southeast Missouri,” Shelton quipped.

In the past, United Way formed an education coalition that worked to improve the graduation rate up to 90 percent at Cape Girardeau Public Schools.

“This year, we’re taking the same approach to transportation,” said Shelton. “We are forming a regional transportation coalition to research challenges and identify resources to better address this need in our community.”

Volunteers who took part in the “Over the Edge” fundraiser were recognized.

“After much discussion and number crunching, our board voted not to repeat Going Over the Edge,” announced Burgfeld. “The return on investment simply didn’t justify the expense of the financial and human resources of this very small team to pull it off again.”

The following United Way events and fundraisers are planned:

United Way usually has a community awards celebration in the spring, but because there has not been one for two years, the following awards were presented: