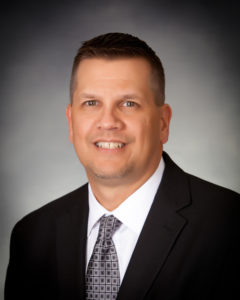 Dr. John Link, Jackson R-2 School District superintendent, announced on April 8 he will serve as the Missouri Department of Elementary and Secondary Education (DESE) Southeast Region area supervisor upon his retirement from the school district.

Link is replacing Dr. Ken Jackson, who served as the southeast region area supervisor since 2012. Jackson was appointed director of Aviation Operations at Southeast Missouri State University in January.

Link will retire as superintendent on June 30 and will start his work as a DESE area supervisor on July 1. In the role, Link will be a liaison between the Missouri Department of Education and local school districts.

“The position itself is flexible,” Link said. “The responsibility is pretty large, but if I want to go see my grandchildren or do stuff of that nature, I have the flexibility to be able to do that and still do the job.”

Link will mostly work from home, but will travel during the day to area schools. As area supervisor, he will also go to Jefferson City a couple days each month.

“This was really a perfect situation for me,” he said. “I really feel like I’m not done with education, I still feel like I’ve got a lot of fuel left in the tank as far as advocating for kids and working with other superintendents.”

Link said he is looking forward to continue working with the Jackson School District, as well as be an advisor to the district’s next superintendent Dr. Scott Smith. In addition to Jackson, Link said he will be able to continue his relationships with other school leaders he has gotten to know over his time in Jackson.

“In the six years I’ve been here, we’ve worked really hard in the Southeast Missouri area as superintendents to become more collaborative in our work, and the pandemic really brought us all together,” Link said. “No one had answers to what we were getting into, so we really had to call on each other and talk to each other.“

Link will be the area supervisor for 16 counties, 68 public school districts and around 67,000 students. “My philosophy is that hopefully I can impact the kids that are still going to Jackson, but also help impact kids throughout the Southeast Missouri region,” he said.