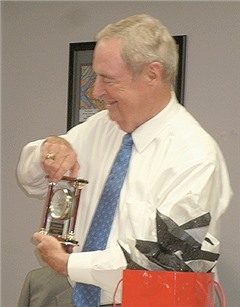 Jackson R-2 teachers will get bigger paychecks and students will fork over more for their breakfasts and lunches next year as the Board of Education approved these changes and the 2015-16 budget at its June 9 meeting.

Due to the Healthy, Hunger-Free Kids Act of 2010 and to rising food costs, the Board approved a 10 cent hike to school lunches and breakfasts.

The Board also approved the federal guidelines for free and reduced meals.

In his final superintendent’s budget message, the retiring Dr. Ron Anderson wrote, “The budget includes financial activities related to the completion of East Elementary. Expenses to cover  the cost of construction are included in the capital projects fund. Construction related expenses will draw down the balance of the capital projects fund over the course of the year. This project is nearly completed and will be ready for students this August. With opening East Elementary, the budget includes additional costs related to staffing, energy, supplies, and technology.

“The budget also reflects rising energy costs for utilities and bus fuel. Reducing our energy consumption is a priority for the District.…

“Increasing student technology continues to be a strong focus of the budget. The budget reflects expenditures for computers, projectors, mobile devices, and other related technology in classrooms to ensure our students and staff have access to current equipment.…

“The District continues to be a low spending district. The District’s average expenditure per pupil ($7,237) is $2,732 less than the state average  ($10,005). Combining this with our high academic achievement is a testament to the efficiency of the District.”

Capital projects from fund 4 must now cost at least $1,000 and be used for more than one year, up from $500 last year. This change was made to match federal programs, Bartels said.

“I think it’s a very realistic budget,” Bartels said. “We try to be conservative with revenue and expenditure estimates. There are a few more expenses than revenue because of the bond issue for the elementary school. That money, as expected, is being spent down.”

• At-Risk: The At-Risk Program evaluation was approved by the Board. This program helps students at risk of failing or dropping out of school.

• Title I: The Title I/Preschool/Reading Program evaluation was approved.

• Bus routes: The extended school year bus routes were approved by the Board. There are 124 students who attend for the last three weeks of June and July to maintain their skills throughout the summer.

• Bids: The following bids were awarded by the Board:

Four companies bid for bread products and the contract was awarded to Bimbo Breads (formerly Earth Grain). That company has been used for the past six years.

One bid was received for milk; it was from Prairie Farms, which received the contract.

Oil, grease, transmission fluid and antifreeze were bid separately, and the low bid for each product was selected from MFA and Morgan Distributing.

Two companies bid for tires and Raben was selected.

MFA was the only company to bid for gasoline and diesel fuel, and was awarded the contract.

• Budget transfers: Two final fund transfers were made to the 2014-15 budget. “This positions the budget in a way to start the next school year,” Bartels explained.

Last past year, Jackson accepted its first CIEE exchange student. In 2015 two will be accepted: Lena Schreiber from Germany and Isabel Seijo from Spain.

For the first time an AFS exchange student is being accepted: Kristine Schmock from Denmark.

• Cooperative sports agreement: The Board approved a cooperative agreement with Nell Holcomb similar to the agreements with St. Paul Lutheran and Immaculate Conception Catholic schools. It allows students to participate in interscholastic sports with Jackson teams if their own schools don’t offer those sports. This past year, only one St. Paul student participated.

Students from Nell Holcomb will be allowed to participate in seventh and eighth grade football, wrestling and track.

About 50 students transfer from Nell Holcomb to Jackson every year. “It gives them an opportunity to get involved early if they come here,” commented Board member Dan Stover.

“We don’t see any down side to it,” added Anderson.

• MCDA Choir: The Board recognized 47 Jackson students from fourth through 10th grade who were selected to participate in the summer Missouri Choral Directors State Honors Choir. Being selected is the highest honor these younger singers can achieve (juniors and seniors can audition for the All-State Choir).

• MJEA student: The Board recognized JHS graduate Molly Brakhane, who was one of 10 students selected from throughout the state to receive the first All-State Journalism Award from the Missouri Journalism Education Association. “To be selected in this first year is a super, super honor,” said JHS journalism teacher Kara Brown (formerly Cracraft).

• Summer school: Assistant Superintendent Beth Emmendorfer updated the Board on summer school. “Summer school kicked off last Thursday,” she said. There are 595 students at the elementary level, 183 at the middle school, 218 at the junior high and 328 at the high school.

• Construction: Superintendent Dr. Ron Anderson updated the Board on the construction of East Elementary. “It’s no secret that it has rained about every other day,” he said. “The inside of the building is basically done. Outside, they are finishing the dirt work.” Some concrete work remains and seeding will be done in the next couple of weeks, he said.

At the JHS football field, the drainage system was completed that day. Dirt will be hauled in and sod will be laid. “It was built in 1939. It needed a face lift,” Anderson said.

1. Keeping communication open with the community through the Chamber, the Rotary, and other service clubs;

2. His dedication to teachers; and

3. His dedication to the students. “He’s always saying, what we do is for the kids,” Lewis said. “We all say thank you.”

Board President Terri Tomlin presented Dr. Anderson a calculator identical to the old one he has been using (that is duct-taped together). Anderson has continued to use the old one that he dubbed “Trusty,” because it worked well. “It was duct-taped when I came here 16 years ago,” he claimed.

“This is Trusty 2,” Tomlin said of her gift.

Anderson couldn’t believe Tomlin handed him a duplicate of his old, trusty calculator. He asked where she found it.

• Next meeting: The Jackson R-2 Board of Education meets regularly at 7 p.m. on the second Tuesday of each month at 614 E. Adams, Jackson. The next meeting is scheduled