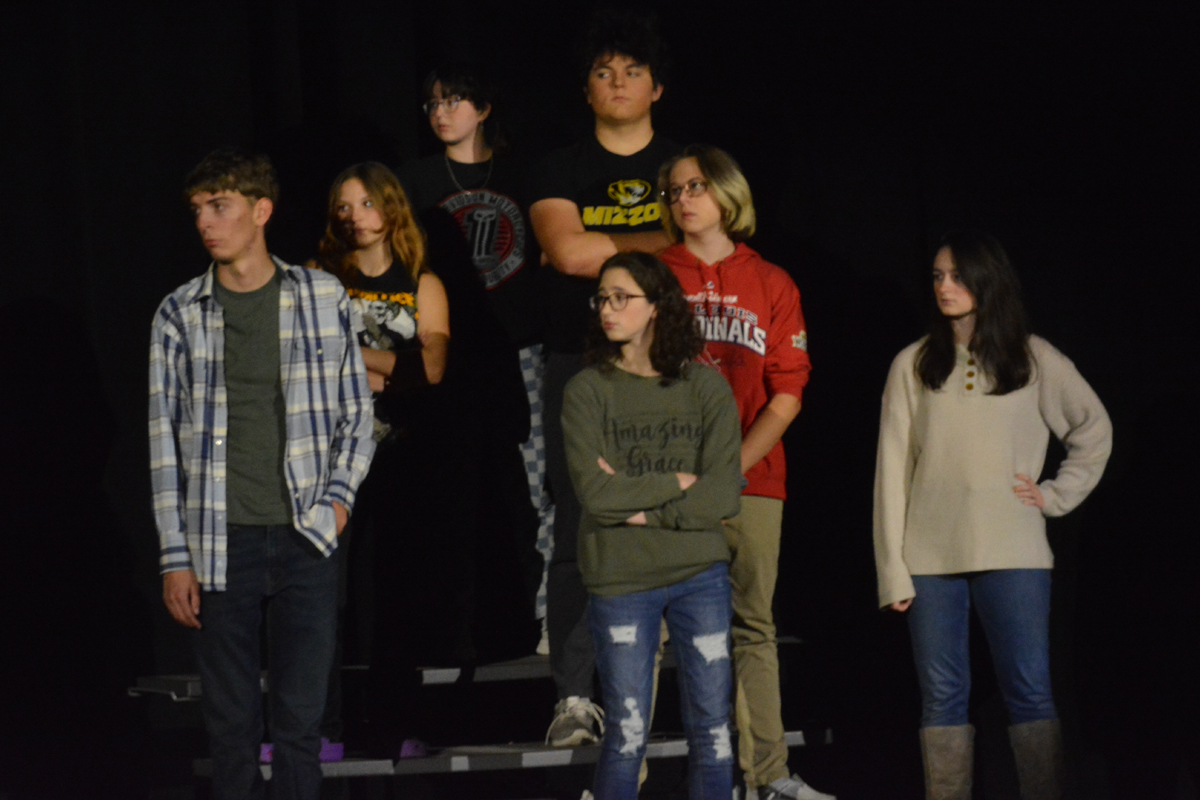 Jackson High School drama students will celebrate the meaning of Christmas this week as they bring the classic children’s novel “The Best Christmas Pageant Ever” to the stage.

The play, which is adapted by the novel’s author Barbara Robinson, tells the story of what happens when a family of troublemaking kids disrupts a church Christmas play.

“I read the book when I was in fourth grade and I remember it like it was yesterday,” Director Taylor Taylor said. “I love the message about giving people chances and, of course, the Christmas story.”

The show is told through the eyes of 11-year-old Beth Bradley, played by Heidi Respondek, who describes the Herdman family as “the worst kids in the whole history of the world.”

The Herdmans are played by Kelsi Dillingham, Trey Lintner, Eli Clubbs, Theodore Hochstetler, Kamryn Respondek and Bella Charette. Dillingham and Clubbs said it is fun to play the roles of these childhood bullies.

“The first time you see my character, I’ve stolen a boy’s lunch, I hit him when he asks for his Twinkies back, I put him in a headlock and then I go to his church,” Clubbs said. “We get up to some antics for sure.”

Dillingham added that her character, Imogene Herdman, threatens another kid with shoving a seed in her ear and Imogene causes an evacuation of the church due to her smoking habit. “I cause everyone to think the church caught on fire,” Dillingham said.

Beth’s family – played by Aliya Simonis as Beth’s mother, Nelson McGuire as Beth’s father and Lucas Overbey as Beth’s younger brother – get a front row seat to the Herdmans’ behavior when Simonis’ character is tasked with directing the church play for the first time. 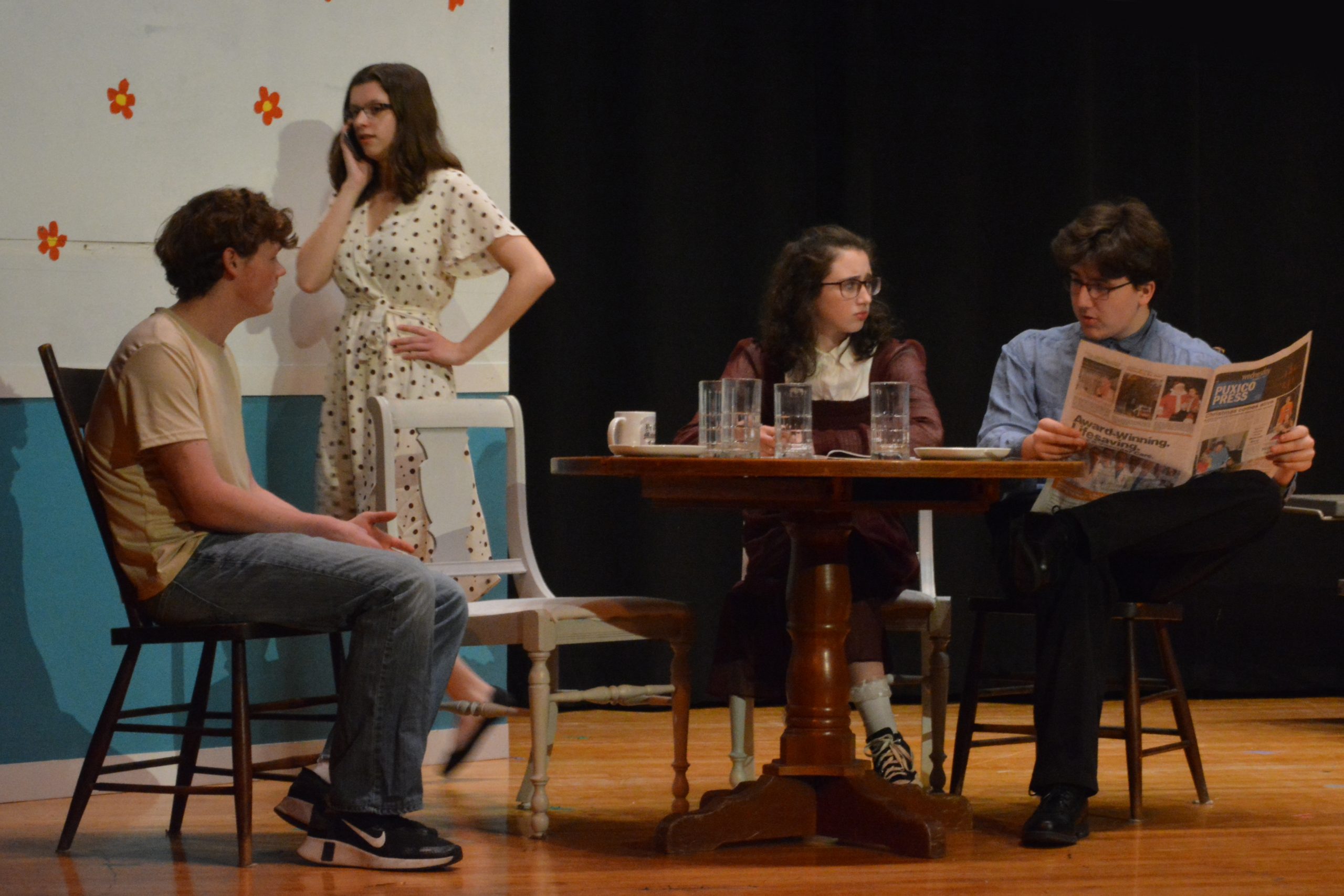 Lucas Overbey as Charlie Bradley, Aliya Simonis as Grace Bradley, Heidi Respondek as Beth Bradley and Nelson McGuire as Bob Bradley in the Jackson High School’s production of “The Best Christmas Pageant Ever.”

The Herdmans are reluctantly given the roles of Mary, Joseph, the wise men and the angel in the church play by Beth’s mother and the Herdmans hear the Nativity story for the first time.

“As the show goes on, we learn that the Herdmans are able to understand the whole Christmas story even better than the kids who grew up with it, so it’s this interesting contrast,” Simonis said. “The show is a comedy, but it kind of gets you emotionally at the end.”

Alivia Roach, who plays Beth’s schoolmate Alice Wendleken, said the church community expects the play to be a disaster, but it ends up being weirdly poignant. “In an odd way, the Herdmans make the play better than any previous year,” she said.

Respondek said the show is about compassion and the judgment we have for others. “It’s about not judging a book by its cover, even when you’ve seen the inside of the book,” she said. “It’s about giving everybody a chance and understanding that there is potential for anybody to be good.”

This year’s fall play features a cast of 25 people, as well as around 45 more students who helped behind the scenes – making it the largest fall play at Jackson in recent years.

“I really wanted to pick a show that had a larger cast,” Taylor said. “Every year we’ve grown to have more and more students being up on the stage. It’s definitely been a challenge, but I’ve loved it and it’s been a really good experience.”

“The Best Christmas Pageant Ever” will be held at 7 p.m. on Thursday, Dec. 1, and Friday, Dec. 2, in the JHS Auditorium. Tickets are $5 and can be purchased at the door. 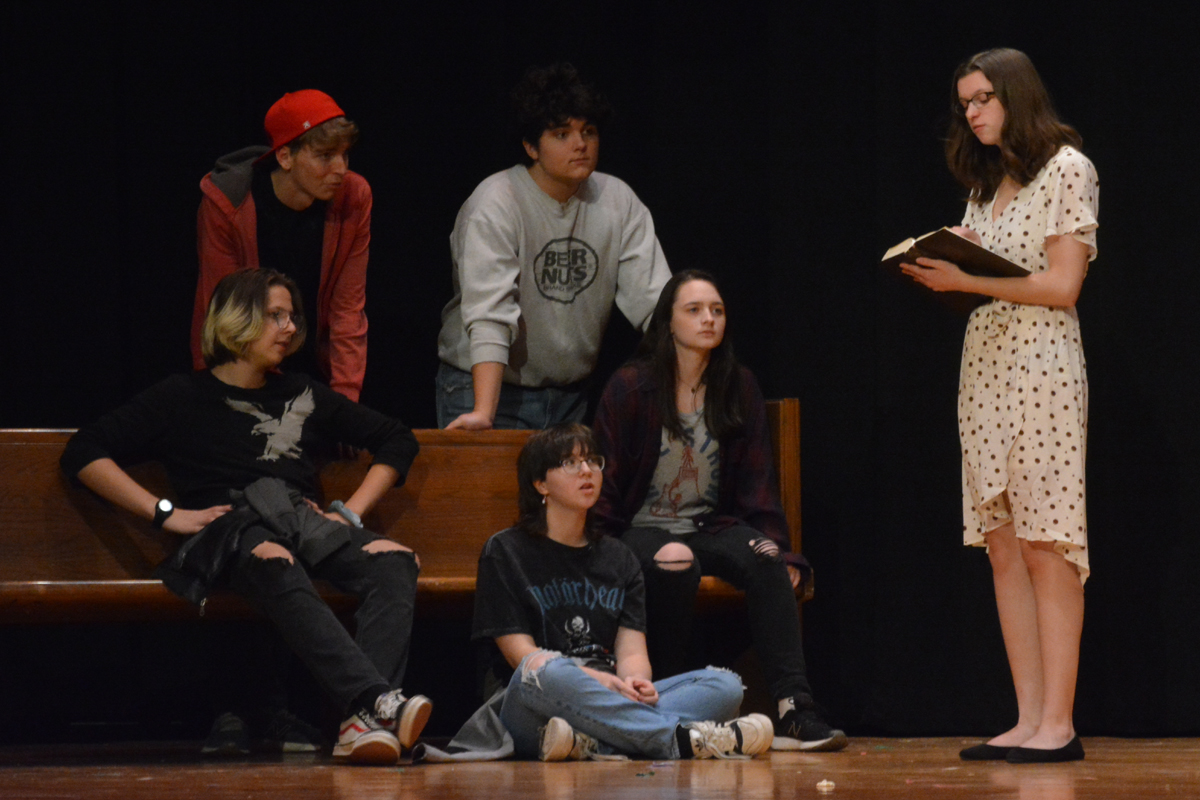 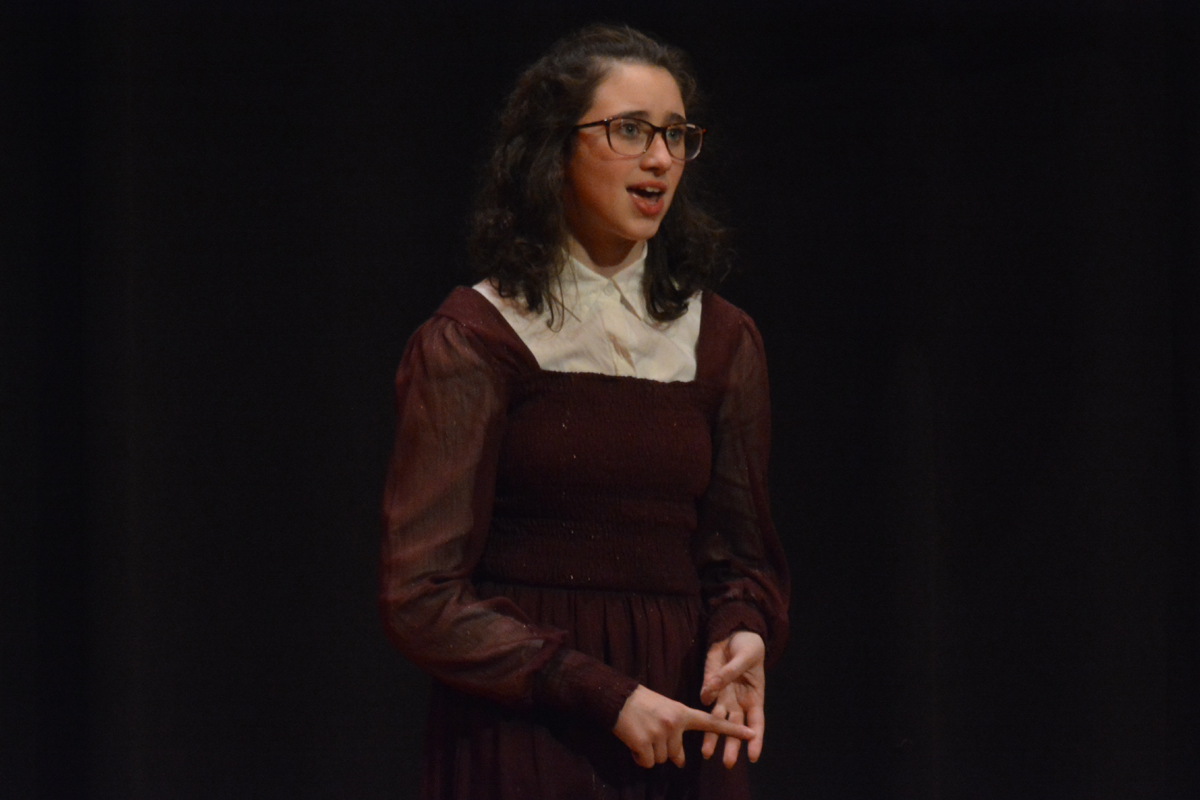 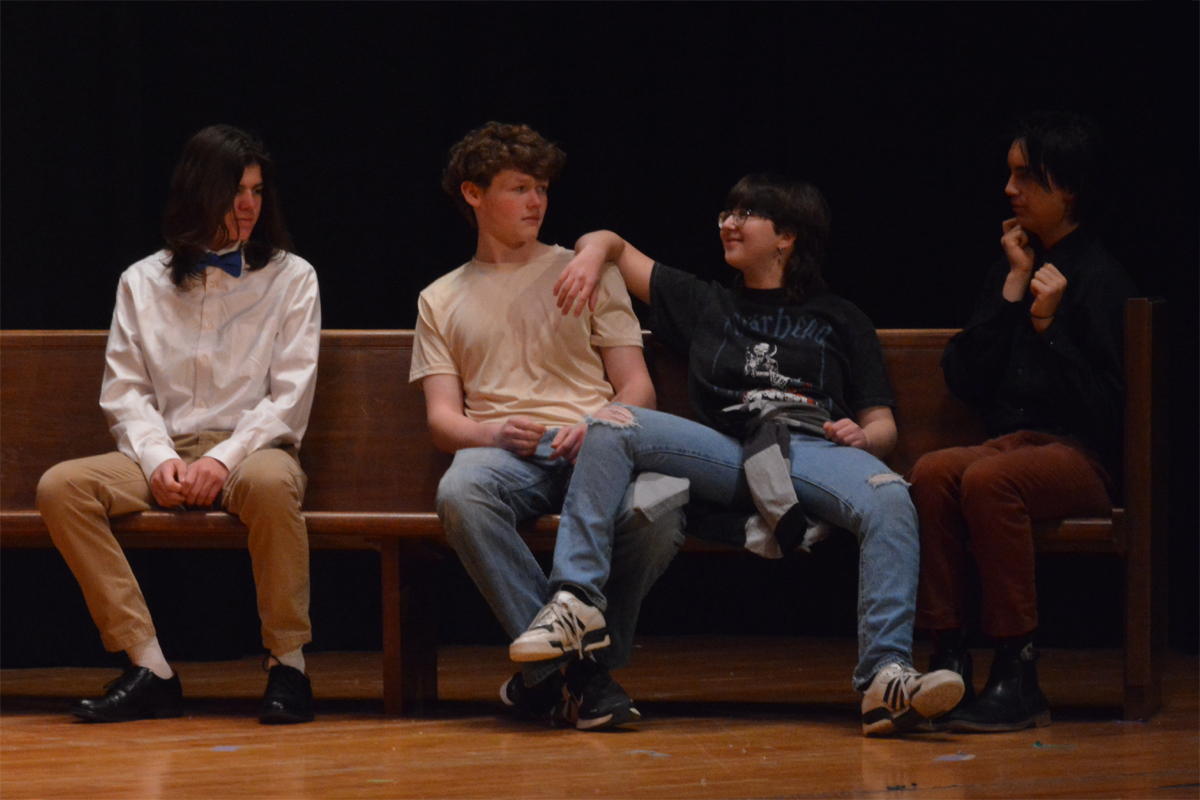 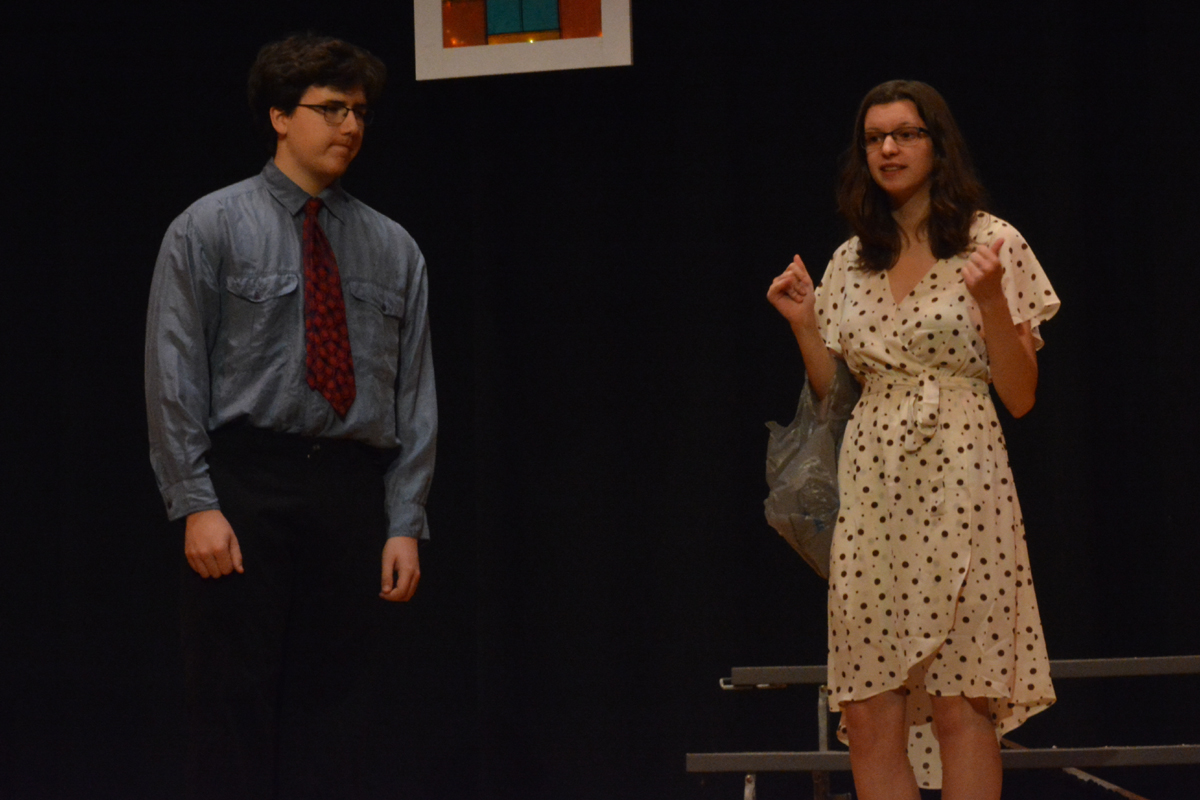 Nelson McGuire and Aliya Simonis as Bob and Grace Bradley in “The Best Christmas Pageant Ever.” 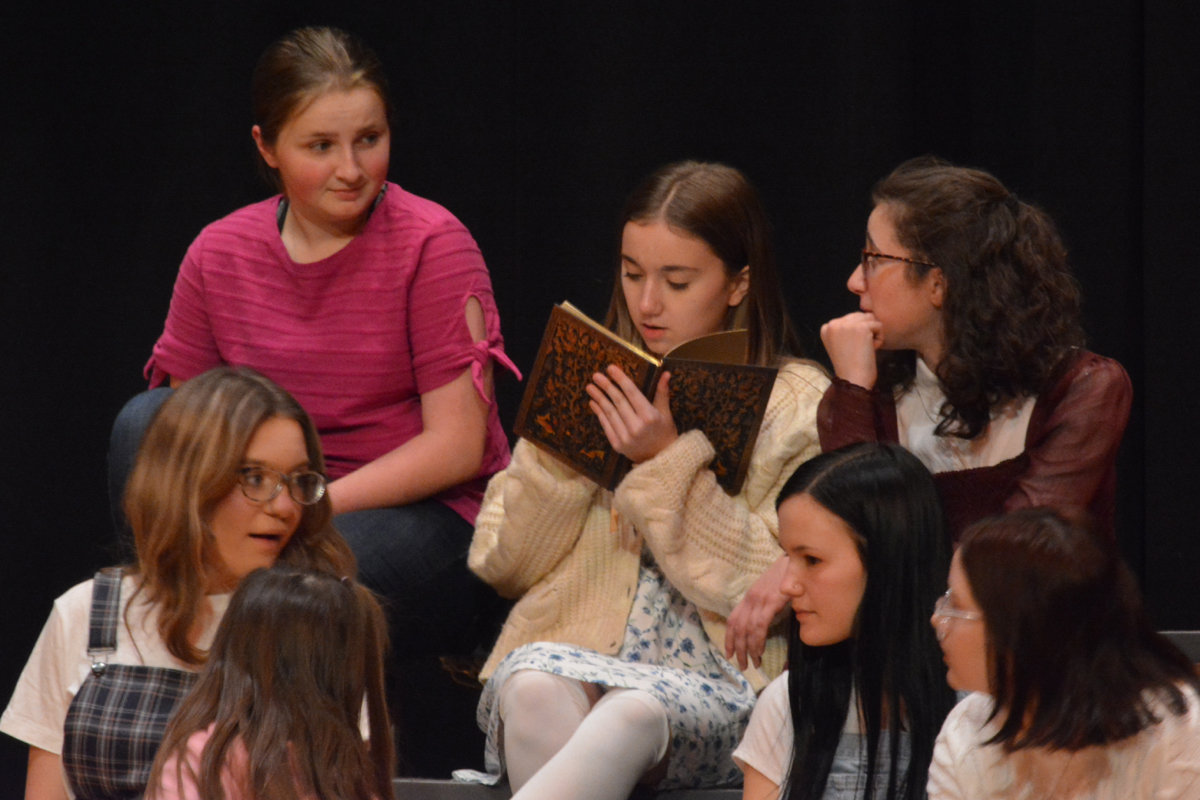 Alivia Roach as Alice Wendelken writes in her journal, surrounded by other cast members in “The Best Christmas Pageant Ever.” 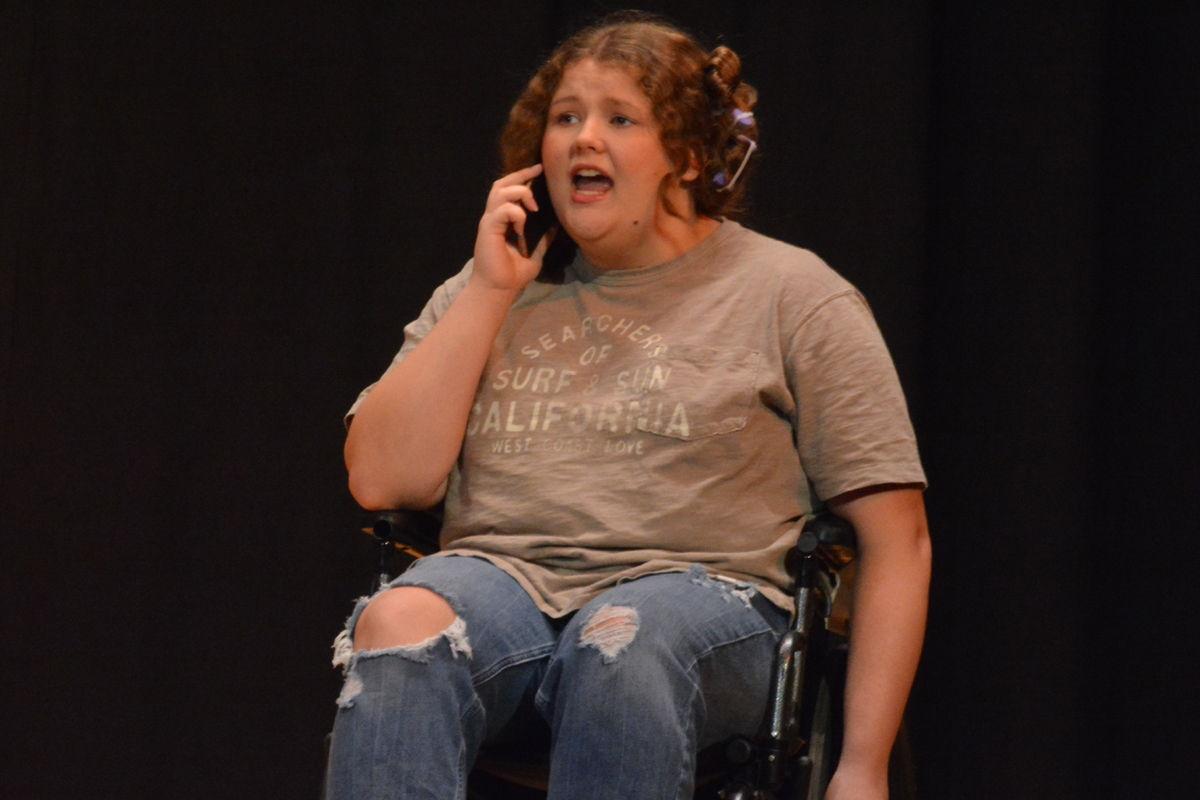 Shandi Rogers as Mrs. Armstrong in “The Best Christmas Pageant Ever.”