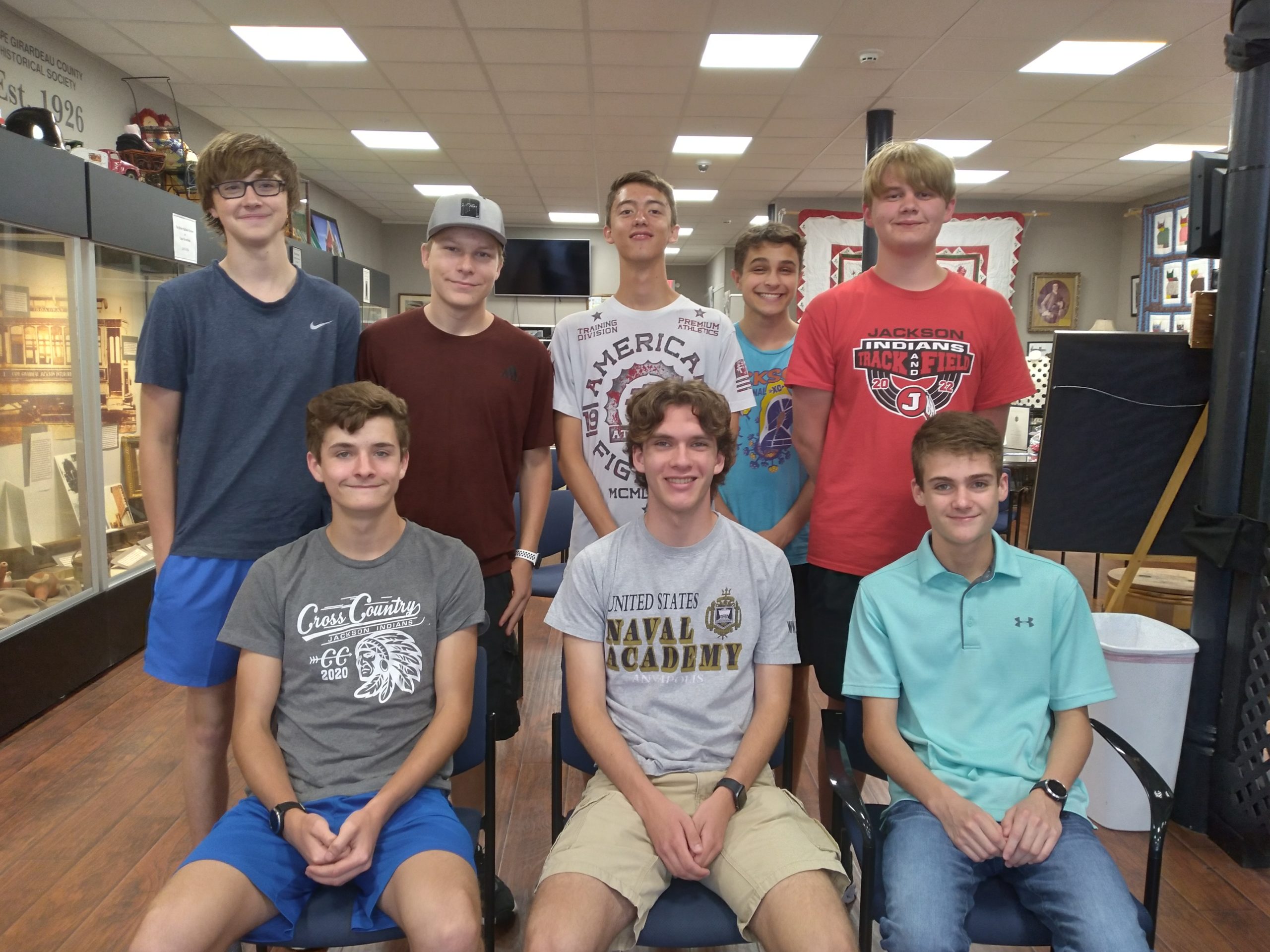 For Jackson High School 2022 graduate Sam Malone, enrolling in the U.S. Naval Academy is the next level in achievement.

Earning the cross country track team leadership award during his junior and senior years along with experiences in JHS band, choir, J-Click and the National Honor Society were steps toward reaching the top tier of many future opportunities.

Malone said he is a “little nervous because of the unknown experience, but more excited.”

A celebration was held June 18 at the Cape Girardeau County History Center in Jackson, where Malone is well known for his volunteering. “He’s such a joy,” said Carla Jordan, the History Center’s executive director, who said he not only did a lot of legwork at the center but also “interprets history.”

Docent Alice Ireland added, “He’s an absolute Godsend. Such a help. He came over to help after he got off practice. Anytime we needed help moving things he was there. He brought all our Christmas trees up and then down the stairs — and set them up too.”

Malone explained that this path to the Naval Academy included getting a nomination and filling out an application. “It was an extremely long process that began in June 2021, ending in November,” he said.

“There were lots of essays,” Malone said. One of the most memorable essay prompts for Malone was explaining a favorite quote. He chose “I came, I saw, I conquered,” by Julius Caesar. For Malone this quote is about his approach to problems. “I see a problem, I persevere and conquer my problem,” he explained.

Sam’s father, Mike Malone, said he never expected this. When he had asked his son about his future and college, Sam’s reply had been, “I’ll think about it when it’s time.”

Sam’s experience with being on the water includes going on cruises.

What really influenced him were people he knew whohad served in the U.S. Navy.

Sam’s memories of photos shown at St. Mark Lutheran Church of Navy men Rory and John Kipper, sons of Paul Kipper, were very influential in his decision to join the Navy.

Mike said, “What he remembers is that the family was very close. He saw pictures of them in their dress blues [both were pilots] and Mr. [Paul] Kipper paid attention to Sam. Mr. Kipper took an interest.”

St. Mark Lutheran Church has had three church members at the U.S. Naval Academy according to Mike Malone. “Jackson High School hasn’t had a student at the Naval Academy in a decade,” he said.

Clarifying that this was solely Sam’s decision, she said, “He’s owned it all from the start.”

Founded in 1845, the U.S. Naval Academy today is a prestigious four-year service academy that prepares midshipmen morally, mentally, and physically to be professional officers in the naval service.

More than 4,400 men and women representing every state in the U.S. and several foreign countries make up the student body, known as the Brigade of Midshipmen.

Each year, approximately 1,200 young men and women are admitted to the Naval Academy’s incoming class.

Upon graduation, midshipmen earn a Bachelor of Science degree in a choice of 25 different subject majors and go on to serve at least five years of exciting and rewarding service as commissioned officers in the U.S. Navy or U.S. Marine Corps.