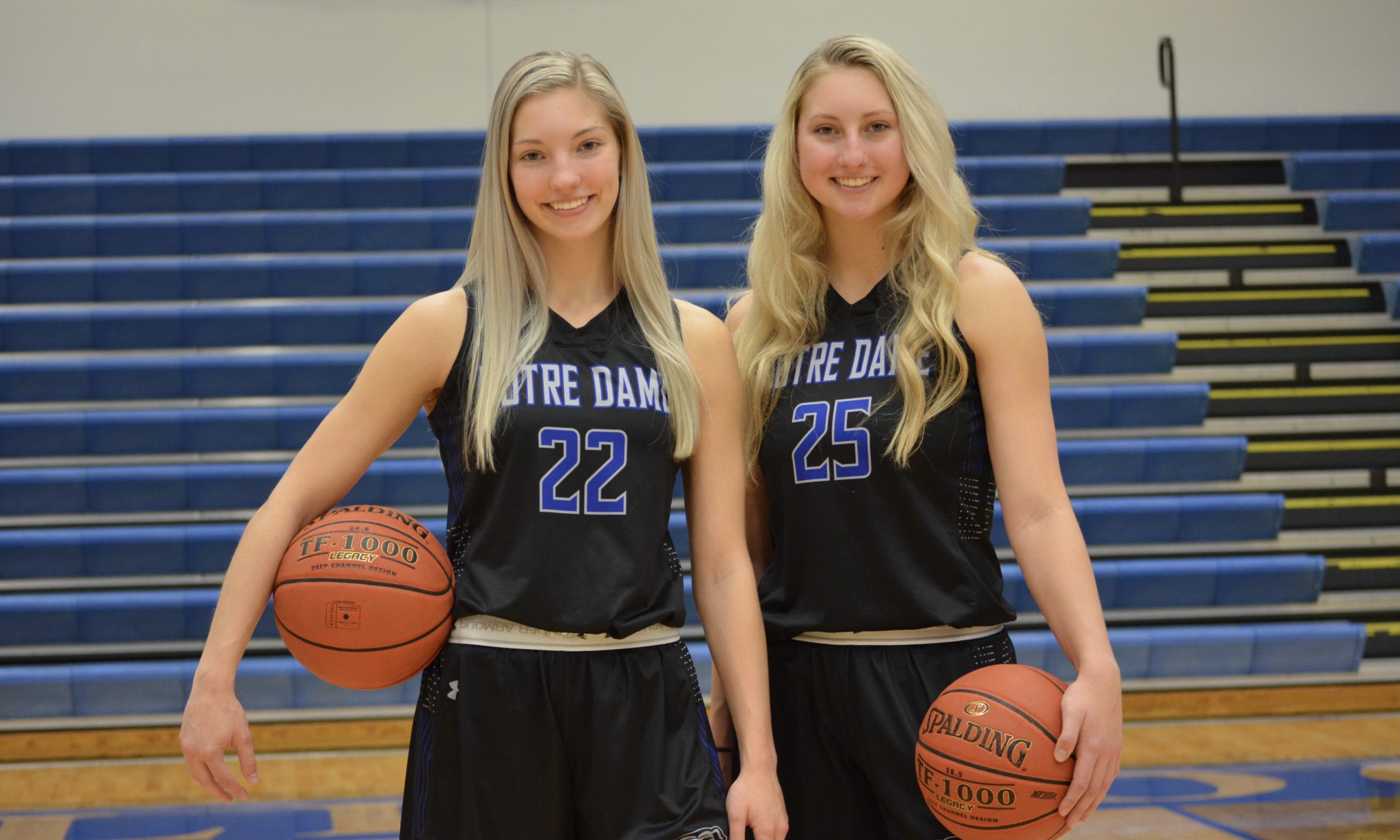 Nine years ago, a storm started brewing that eventually turned into a tornado in the form of what the Southeast Missouri high school basketball community now knows as The Rubel Duo.

No team in the area has been able to escape Notre Dame senior Lexi Rubel and junior Tori Rubel’s path as they have compiled an overall record of 42-10 the last two seasons. On top of that, The Rubel Duo reached the 2019-20 Class 4 Final Four and have won back-to-back district, SEMO Conference Tournament and First State Community Bank Holiday Classic championships.

An example of the Rubel’s dominance would be their district semifinal win over Cape Central en route to winning their first district title together in 2020, where there was an actual tornado warning during halftime.

Notre Dame led the Tigers by 11 after the first half, but when the literal tornado left the area, The Rubel Duo finished with a combined 34 points and six 3-pointers (Lexi 18 points, two threes; Tori 16 points, four threes) to propel the Bulldogs to a 32-point, 72-40 win.

“Everybody uses that momentum. Once you see certain people making shots, everyone starts making shots,” Lexi said. “Whenever Tori is on and I’m on, we can play off of each other even more.”

Notre Dame won every game that postseason by double digits including a 55-35 win in the quarterfinals, where Lexi and Tori combined for 28 points with 17 and 11, respectively.

However, the Bulldogs and the other three teams that made the Class 4 Final Four that season didn’t get the chance to compete for a state championship due to the coronavirus pandemic forcing MSHSAA to cancel the rest of the tournament.

After coming up short of reaching the final four again last winter by falling in the Class 5 quarterfinals, The Rubel Duo will now only have one more shot of helping Notre Dame win what would be its second-ever state title. The first state championship in program history was actually won by the Rubel’s aunts Ashley Millham and Lisa Nice in 2002.

Ashley and Lisa had also made the final four the year before winning state, while Lexi and Tori’s mother Michele Millham Rubel and their aunt Christa Turner also made two final fours (1996 and 1997) when they played together at Jackson. Michele and Christa reached the state title game both times, but unfortunately they weren’t able to win it all on either occasion.

“Ever since we were little, I can remember seeing pictures and photo albums of them playing in high school,” Lexi said. “We went to our aunt’s college games, so we’ve always had that in the back of our mind, ‘Our family did this. We can, too.’ It’s totally achievable.”

Tori then added, “I didn’t really understand how big that was until we got a little older when we were in seventh or eighth grade. You never really fully understand how cool that is that they did that, so once you figure that out it’s like, ‘Wow, I want to do that.’ It’s really cool to think about how we’re the next generation — that can be us this year.”

Lexi and Tori first started playing organized basketball back in 2012 when they suited up in the Cape Parks and Recreation League, followed by playing in SEMO Sizzle’s inaugural season. The Rubel’s parents and Christa started up SEMO Sizzle for Lexi and Tori and their cousin Sydney Turner, which allowed them to eventually compete against the best players in the nation.

Lexi and Tori, who stand at 6-foot and 6-1, respectively, also experienced having to face older and taller competition as they played up a grade level when first starting with SEMO Sizzle. Tori, who recalled being significantly shorter than everyone else at first, was playing two grades up. Now, though, the Rubels are two of the tallest girls basketball players in Southeast Missouri. 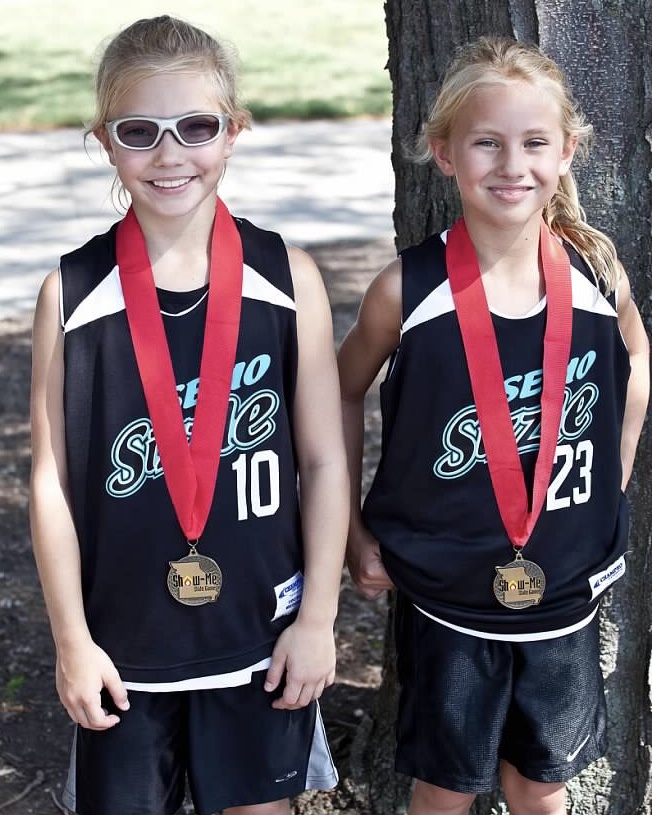 Lexi and Tori Rubel pictured from their first year of playing organized basketball together in 2012 as inaugural members of SEMO Sizzle. Submitted photo

Along with improving their game while playing travel ball, SEMO Sizzle allowed Lexi and Tori to not only spend ample time with each other but also with the rest of their family, including their younger twin sisters, Brie and Kate.

“Ever since we were younger through now, we would go everywhere together as a family,” Tori Rubel said. “All six of us would go to all of our tournaments and whenever Kate and Brie started playing we would hit everywhere. It’s crazy that I won’t be playing travel ball with Lexi this year because we’ve done it for so long together.”

This past spring and summer was the final AAU season Lexi and Tori played for SEMO Sizzle together, where they helped the program combine for a 15-2 record during the live Division-I recruiting period. In July, Sizzle won the Battle in the Boro American Pharaoh Bracket Championship in Louisville, Kentucky, and they also took gold at Run 4 Roses (Louisville) and the Nike Tournament of Champions Summer Finale (Des Moines, Iowa).

Lexi and Tori were each named to the Battle in the Boro All-Tournament Team, while Lexi also took home Tournament MVP honors. Both Rubels received D-I offers to play basketball from UT Martin in August, which is same the school Lexi signed with on Nov. 10.

The only time Lexi and Tori haven’t been on the same school team together was during Lexi’s freshman season when Tori was an eighth grader at Immaculate Conception in Jackson. However, this winter could be the last time they are on the same team if Tori decides to play college basketball somewhere else besides UT Martin as her recruitment is still open.

Other than the two being “built-in practice partners” for each other since they practically share the same height, length, athleticism and skill set, Lexi and Tori have always enjoyed having someone on their team that they can always depend on.

“I know for sure I’ll have at least one person that’s going to show up ready to play,” Lexi said. “I always have someone that will go to the gym with me and do the little things.”

Another plus for these sisters being on the same team is that they always push each other to be their best, but they also hold each other accountable just as much. Tori said this is because sisters aren’t afraid to be mad at one another, and this is something that motivates them both to work that much harder.

Lexi and Tori also learn a lot about improvements they need to make in their own game by practicing so much against each other since it’s practically like going up against themselves, they both agreed.

Even though the two are usually playing, practicing or getting Smoothie King and watching “The Bachelor” together, Lexi and Tori are also frequently in their garage putting up shots or playing one-on-one since they have a basketball goal with a 3-point and free-throw line spray painted around it.

Lexi and Tori also shoot and play two-on-two with Brie and Kate, who are 5-8 and 5-11, respectively, and will be freshman at Notre Dame next school year and play with Tori for her senior season. When these sisters decide to have some real fun, though, they lower the goal and have slam dunk contests. When asked who wins, Lexi laughed and said, “Not Brie.”

The Rubel Duo enters this season after leading the Bulldogs to their third-straight state quarterfinal appearance last winter and finished 17-6 overall. Even though Lexi and Tori each missed a few games last season, the two both earned all-conference and all-district accolades as Lexi was named all-state for the second year in a row.

Lexi and Tori combined for 30 or more points on seven different occasions last year with the highest output being 37, which was when Lexi scored a career-high 29 points. Tori also recorded her career-best scoring total last year with a 22-point performance.

“If I’m driving to the rim, I know Tori is always right where she’s going to be and spot up,” Lexi said. “I can always see her out of the corner of my eye, and I know that she’ll be able to knock the shot down.”

Tori added, “Whenever Lexi gets another rebound and we’re running up the court, I know that she’ll make the right decision. She’ll either take it to the hole and finish or throw one of her baseball passes down the court to me.”

The Rubel Duo said they are excited and want to have no regrets this season, but most importantly, they want to enjoy it and have fun since it’ll be their last time wearing Notre Dame on the front of their jerseys together. 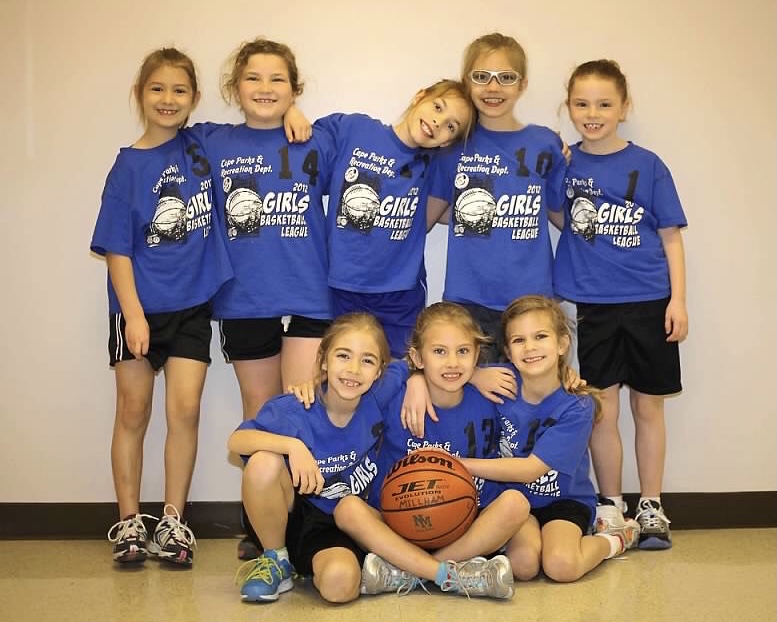