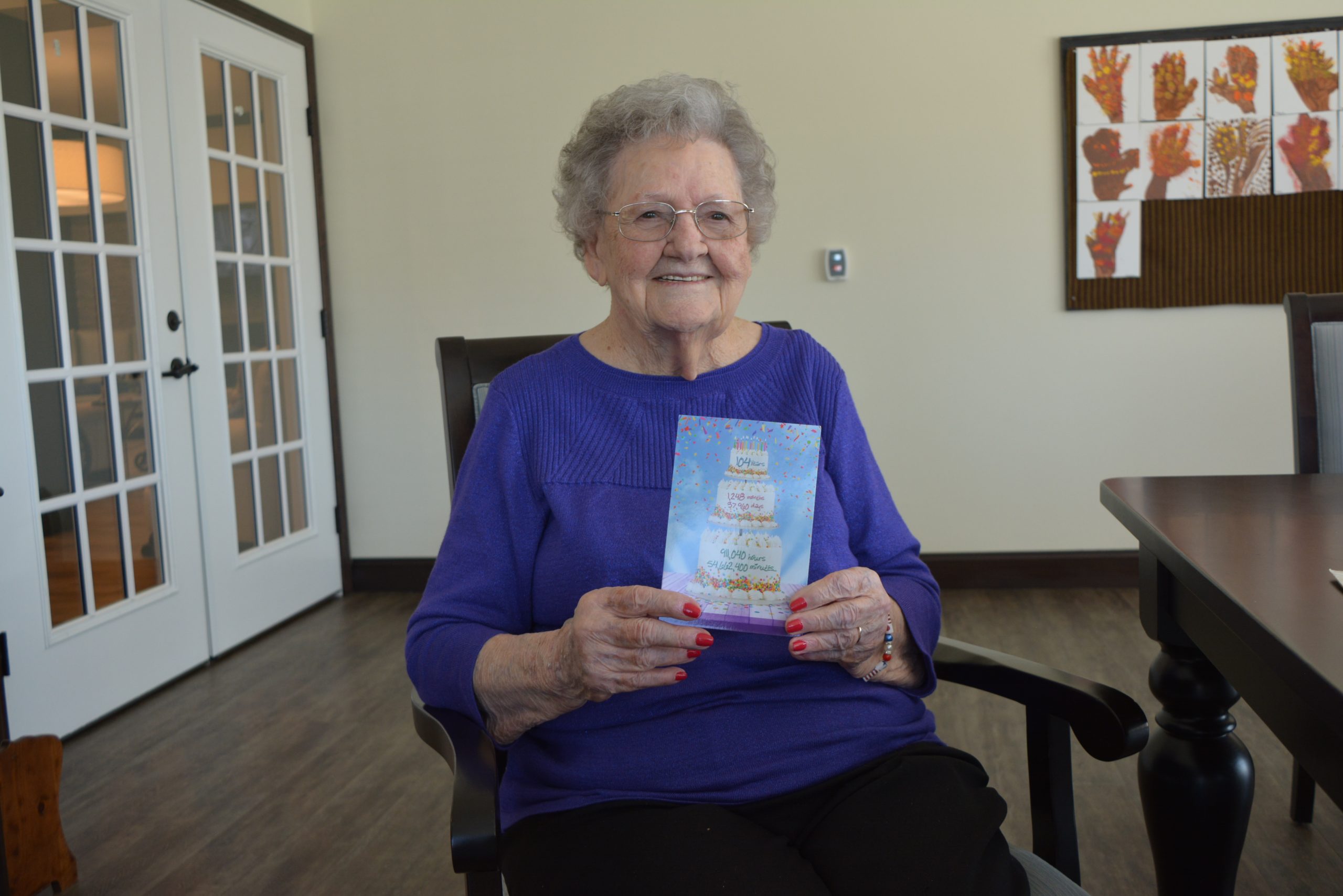 Maxine Reed, a resident at Villas of Jackson, celebrated a milestone few are able to last week – her 104th birthday. Reed was born on Nov. 9, 1918, two days before the end of World War I.

Reed celebrated her birthday with her family on Nov. 9 with a “sock hop” party at the Villas. “I feel real good,” Reed said on her birthday. “I don’t feel any different than I felt at 103.”

Reed was born in Allenville, Missouri, where she went to grade school. She was the youngest of 11 siblings, with seven sisters and three brothers. Her father, Harry Henry Hinton, was postmaster and owned a store in Allenville.

Reed’s family moved to Cape Girardeau during the Great Depression, and she went to Cape Central High School.

During school, Reed was an active athlete — participating in softball, volleyball and swimming. Her family said Reed would tell them the sporting events were popular with boys at the time, because they were the only time girls were allowed to wear shorts.

“Back then girls couldn’t wear shorts on the streets, although we could wear them when we played games at the stadium,” Reed said.

She quit school during her senior year to work at the International Shoe Company in Cape Girardeau to help support her family.

Her advice to those who would like to live more than a century was to “stay active,” like Reed do when playing sports in school or how she loved dancing. Reed met her husband Gene Reed at a dance hall, and they were married on Oct. 31, 1941.

“I loved him,” Reed said. “He was a good guy. I couldn’t have picked a better one for me.”

They moved to Rhode Island while Gene served in the Navy, and Maxine moved back to Cape Girardeau to be with her family when Gene served during World War II. After World War II, they settled down in Illmo, Missouri, a former neighborhood in Scott City.

Reed said she was proud of her four daughters – Dorothy Taylor, Kay Young, Peggy Reed and Sally Porch. “I had four good girls,” she said. “They gave me no trouble.”