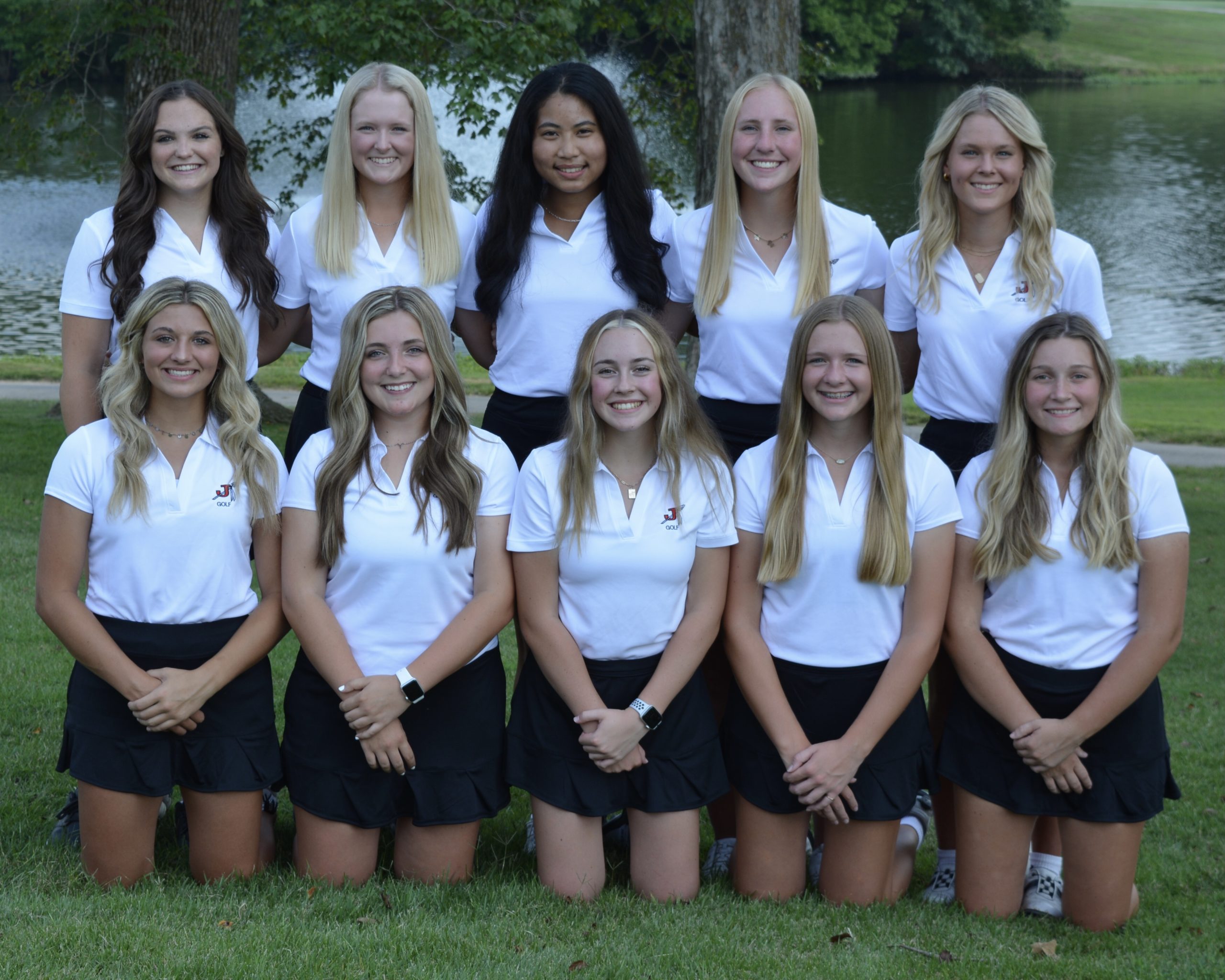 Two years after helping the Jackson girls golf team place in the state final four for the first time in school history, Ella Overstreet, Kaydi Rhodes and Jacie Pattengill are now playing in their final season with the Indians.

All three of these golfers have plans to play at the collegiate level, of course, but before that they aspire to place in the coveted final four once again. Last season, Jackson qualified for state a second year in a row after winning yet another district championship.

However, the Indians were unable to finish as one of the top four teams in Class 2 as they placed sixth overall with a team score of 379. Overstreet and Rhodes, who earned all-state honors back in 2019, finished in the top 20 (19th and 20th, respectively) as Pattengill placed 41st overall. The cutoff for all-state last season was the top 15 instead of the top 25 like previous years.

These three Indians as well as another returnee from the third-place team, junior Maggie Davey, will all be playing for a new head coach this fall. Taking over for former Jackson head coach Caroline Korbecki will be Jim Brady, who served as an assistant on the state championship boys soccer team last fall.

The other two seniors on the team are Kasie Saysanan and Emma Summers, while sophomore Alana Gilbert is another golfer Coach Brady thinks will contribute on varsity this season.

Something special Brady notices about this team is that several of the golfers play nine or 18 holes before practice without ever having being told to do so.

“This is a great, great team with a bunch of great girls led by five seniors,” Brady said. “It’s not only exciting going into this fall having Overstreet, Rhodes and Pattengill as our leaders, but to see them progress in the next four years as well will be very fun to watch. I know they’re excited and want to prove to everybody in the world that Southeast Missouri has some good golf teams.”

This will be Brady’s first year as a high school girls golf coach, but he’s played the sport for most of his life and knows what it takes for a team to be state-championship caliber.

“Golf is something I want to grow in and get back to. It’s an excellent sport from youth all the way through and one you can play for the rest of your life,” Coach Brady said. “… You have to have team chemistry. That 2020 soccer team bonded, and that’s a huge thing to be able to win.

“They all believed in themselves, and I think that’s a massive thing. You can compete in practice and against each other, but you have to be able to set aside that competition and bond as a team.”

Even though Jackson has a new head coach in Brady, the team still returns its assistant from the past three years in assistant coach Drew Moore. Coach Brady is excited for Moore to still be on staff because he can lean on him while also picking his brain.

“I’ll ask Coach Moore, ‘What sounds good here and there?’ on different things, whether it be practices or like what we did this summer with our open dates,” Brady said. “We entered the weight room this summer for the first time in program history. Coach Korbecki kind of helped me out with that, too.”

In the weight room, Brady had his golfers do any lift that worked their core strength with a lot of lower-body workouts and some upper body.

“Trying to use transverse movements to help our core and hip movement,” Coach Brady said. “It gives the girls a different advantage they didn’t have before. … It’s mentally taxing, and I think any sports program out there needs to be in the weight room.”

Back when Jackson finished as the third best team in the state, Overstreet and Rhodes each tied for 21st place to earn all-state. Rhodes also won an individual district title (first in school history) that year, while Overstreet also made school history in 2018 by becoming the first all-state girls golfer in Jackson history as a freshman.

“It’s awesome to have the younger girls look up to [Overstreet and Rhodes] and maybe pair them together on certain days,” Coach Brady said. “Just to have them think about, watch or see what they go through and how they play different shots and go about their game is exciting for those younger girls. They get to get a view of what the top-level is.”

What the team is looking forward to the most about this season is that they will be able to travel up to St. Louis for tournaments unlike last fall. “I think that’s a big thing for the girls. They’ll have to go out and compete against other girls other than just local talent. Then they can have that extra experience with different courses and things like that,” Brady explained.