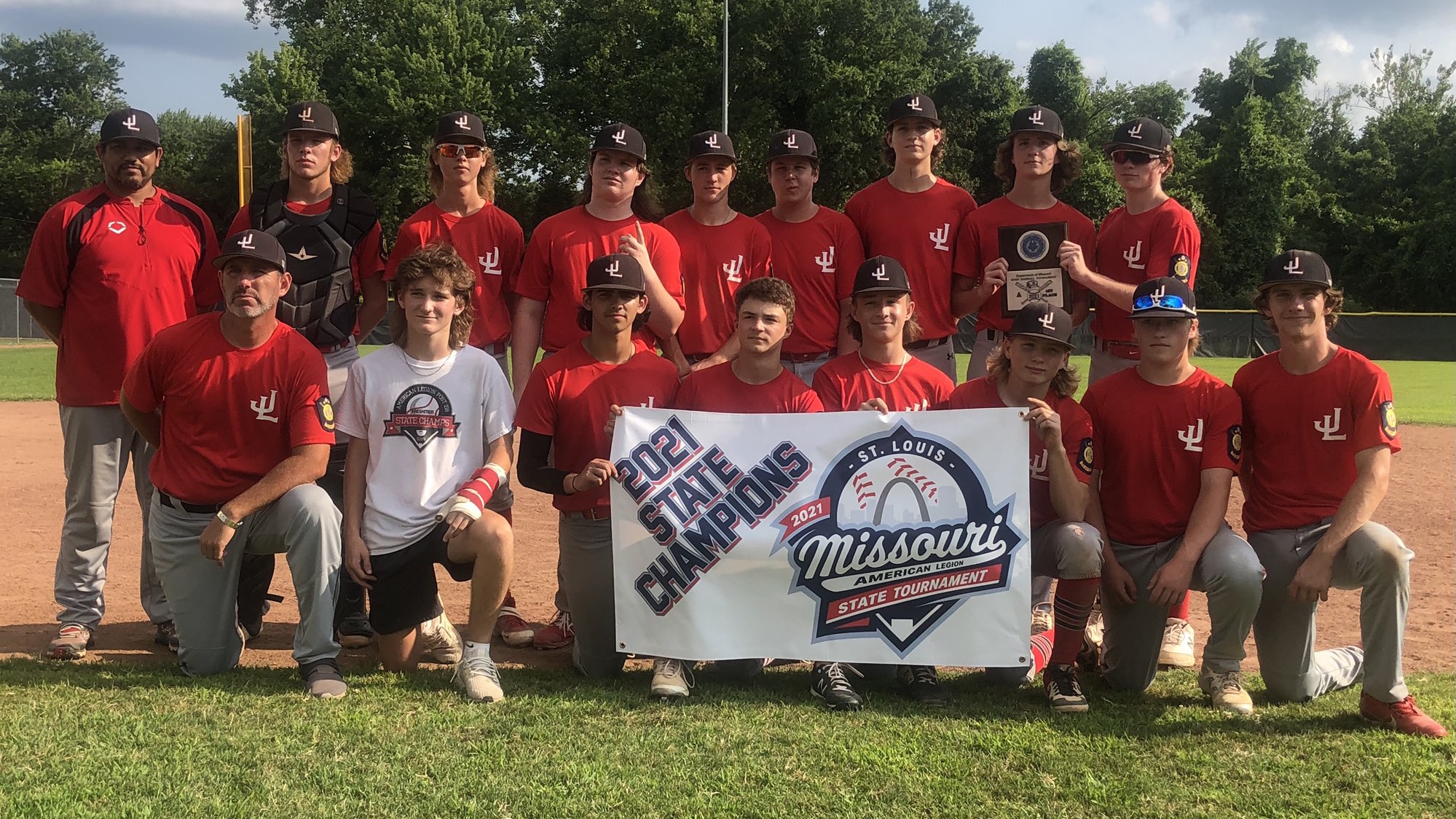 It should come as no surprise to anyone familiar with Jackson Legion baseball that success is the bottom line on the diamond, summer in and summer out. No matter what age, what roster or what time of the year, the boys will always fight and compete for the win.

That is why Post 158, once again, has torched the competition and won their districts at the A, AA and AAA levels. Performing the clean sweep (or, perhaps “triple crown”) Jackson Post 158 has hurled themselves to the top of the charts at every level once again.

Beginning with Single-A, or the freshmen, would be a wise start, as the 15-and-under Jackson side finished at the summit. A state championship for Jackson 15U, the second in three years (albeit a repeat, as there was no tournament in 2020 due to the coronavirus pandemic).

The freshmen recorded a 25-6 record, ending their campaign with a final winning percentage of 80.6%. The freshmen also swept district play on the season, finishing 6-0 against Perryville and Sikeston.

On the mound, the freshmen were led in earned runs average by Owen Osborne with a 1.27. In the win column, Carson McDaniel took the crown with a 5-1 record on the year in just eight decisions and getting out 30 men via strikeout, second only to Waylon Hale’s 33 Ks.

On offense, Osborne took the cake in a number of categories, including batting average, slugging, on-base plus slugging and hits. Hale walked away with the on-base percentage title with a .573 clip and took the home run crown with two bombs over the summer.

The freshmen blitzed the postseason, winning comfortably against Perryville by a 22-4 margin and settling for a 12-0 defeat of Sikeston in the district championship to take home the title, setting themselves up for a trip to the state playoffs once again.

The 15U squad proceeded to play four more games, outscoring the opposition 44-10 and conquering the gauntlet. For the second time in a row, Legion Post 158 left with some new hardware at the 15U level.

Moving up a division, the 16U Junior Legion team was also fully capable of winning their district. Over the course of 32 games this season, the Post 158 16U side won 24 of them including a staggering 13-0 record against their own district rivals.

Post 158 entered the district tournament as the top seed. Their ownership of such a seeding would not be in vain as they comfortably knocked off Perryville by a 10-0 margin and Sikeston 12-2 alike.

The 16U team left their footprint on the postseason early, and like their predecessors, the Post 158 Juniors were flying into the state tournament with plenty of momentum behind them and an eye on the gold.

“In the postseason, we did what we always did. We played one game at a time, the pitchers threw strikes and the defense played sharp behind them,” junior infielder Landon Watkins said of the club’s postseason readiness. “Our approach hitting wise was to get on base as much as possible and to be aggressive on the base paths every chance that we had.”

The 16U side never trailed in their first outing of the state tournament, taking the win 5-1 over Post 150 out of Ste. Genevieve. Despite dropping two straight against two high-caliber teams in Eureka Post 177 and Festus Post 253, they finished the season with an impressive postseason performance and nothing to hang their head on.

Lastly among the divisions would be the AAA, or 18U division. The Senior Legion is often the one most highlighted, with numerous college commits and active college baseball players on the diamond at once. For the AAA side, it was certainly a season to remember as well.

The senior ball club finished the regular season 25-7, charging into the postseason with a 78.1% win mark. These 25 wins would include a perfect 10-0 record against district competition in Cape, Perryville and Sikeston, as well as a series sweep against the Babe Ruth national semifinalist McDonald’s Fighting Squirrels team.

As for the pitching, Tristan Braswell wrapped up the season with the most wins, tallying a 4-0 record over the summer.

Cameron Marchi finished with a 1.13 earned runs average pitching in relief, followed closely by classmate Owen Evans’ 1.21 ERA as a starter for the Post, while he also recorded two saves on the year.

Eli Brown, a recent graduate of Saxony Lutheran, became an ace of sorts for the Jackson Legion, commandeering the Post via the strikeout, totaling near the half-century mark (37 Ks). Brown finished with a final slate of 3-0 in as many appearances, and he will continue playing at Lindenwood.

Jackson senior Logan Bruns was second on the team in strikeouts with 29 and finished 2-0 through four games, all to pair with his status of an offensive juggernaut by possessing a .415 batting average.

“Being able to pull top players from schools like Jackson, Saxony and Woodland really gives us an advantage because most everyone goes into the season already having a connection with each other, which builds chemistry and trust that adds to our already talented skill sets,” Bruns said.

Once again the top seed entering the postseason, the senior squad wiped out their opponents and earned the district title as well as a spot in the zone tournament after having earned multiple wins against Cape in a double-elimination bracket.

Entering the zone tournament that Post 158 hosted, the AAA club opened up with a win to start the tourney off. However, they would be relegated to the loser’s bracket and eventually eliminated by district rival Cape Legion Post 63, which went on their own run to the state tournament in Sedalia.

“We definitely had the potential to make a state run and our zone had some good teams in it,” Bruns noted. “We have players working through the system that will definitely be assets in coming seasons, as well as some former players that we may be able to bring back to the team. Next season we will be looking to get farther without a doubt.”