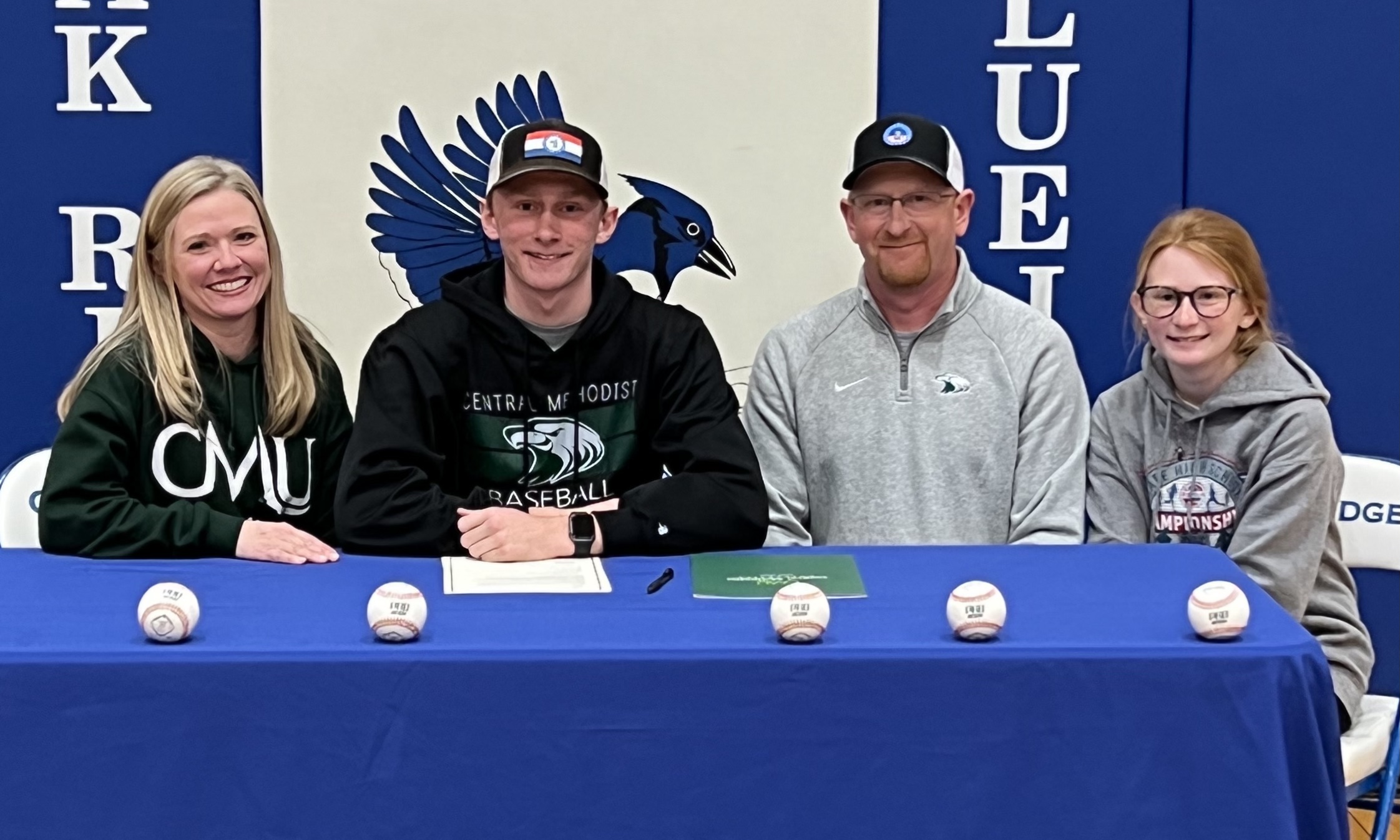 Following his academic all-state and all-conference career with the Oak Ridge Blue Jays baseball team, 2022 graduate Logan Dewitt is going to continue his career as a pitcher at Central Methodist (NAIA).

Dewitt started getting serious about baseball back around the fifth grade, which is was also when his dream of playing the sport at the next level began.

“Those first couple calls from college coaches saying, ‘Are you interested in playing here?’ was really big for me,” Dewitt said. “Taking visits, finding CMU and being offered by them meant the world to me.”

Central Methodist won a second-straight Heart of America Athletic Conference Tournament Championship this season after finishing as the runner-up in the 2021 NAIA World Series. The Eagles have recorded a combined 91 wins with only 23 losses the past two years.

On top of the baseball program’s recent success, another selling point for Dewitt was Central Methodist’s campus and the people there.

“[Playing in any World Series] is the dream right there, so I can start off my college career playing for a really good program,” Dewitt said. “During my visit, everyone was super nice and people there would say, ‘Hey, Matt!’ It made me think, ‘This is a good community because that’s how it is [at Oak Ridge].” … It was a no-brainer after that.”

Dewitt is more than excited to play for a program like Central Methodist baseball because he holds himself to a very high standard. Logan knows the staff there will do this as well but also help him reach his full potential.

After about a year of playing organized baseball, Dewitt picked up pitching and will admit to anyone that at first he wasn’t very good since his pitches were a little “wild.” Since then, Logan has vastly improved his control, of course, and more importantly his mental game.

“Whenever I first started pitching, I would get so, so nervous,” Dewitt laughed. “I obviously still get those nerves, but once I throw my first couple of pitches, I zone in and am really not actively thinking.

“… I remember the first game I ever pitched, and the other dugout was like ‘New pitcher! New pitcher!’ I was freaking out and I still hear the other dugout, but I don’t care what they say. That hones me in more — I focus more and those are usually the best games I have. I’m able to focus in and block out the noise.”