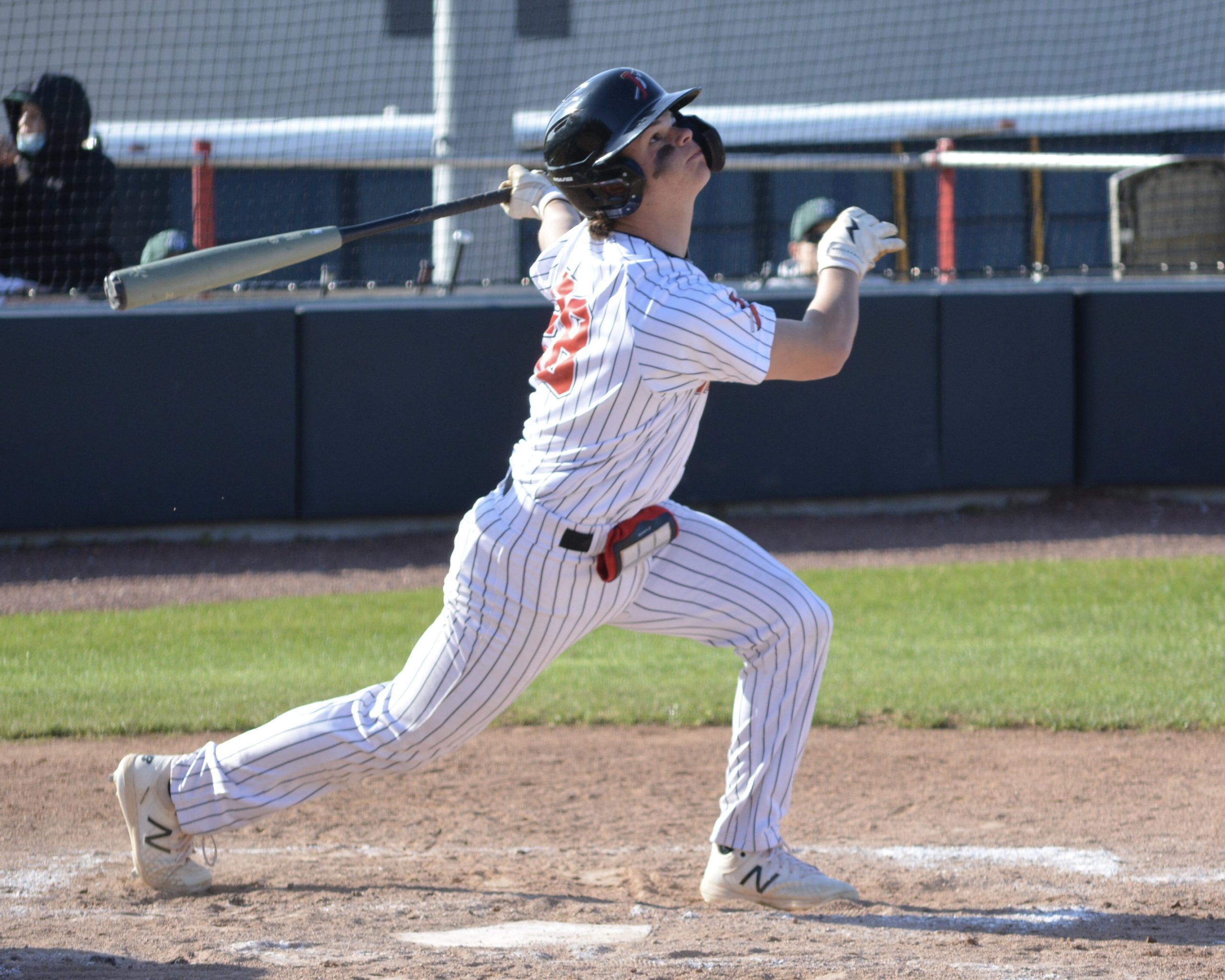 Jackson Senior Legion's Quinton Borders, who is now a junior at Jackson, leads the team with a .476 batting average and 30 hits. Photo by Jay Forness

A narrative that has stood firm since the inception of the program is that Jackson Legion Post 158 baseball teams are commandeered by members of School A or School B. This is the furthest possible factor of the truth.

“On their jerseys, on the back, it doesn’t say their last name. It says ‘Post 158,’ because that’s what they’re playing for. Not their name, not their school, but Legion Post 158,” director of baseball operations Mark Lewis noted.

The Jackson Legion baseball teams have been a summer staple in the city for generations, and they haven’t been without their share of success. Winning seasons are bountiful for the team, as a product of the insane talent pool in the area and outstanding coaching tandem.

At the peak of attention is the Senior Legion (or Triple-A) who, at date of writing, have a record of an astounding 22-4. Among these wins and losses, the Senior Legion has finished with an impeccable 9-0 against opponents in their district, thus slating them in the top spot at the start of the postseason while facing off against local teams in Perryville, Cape Girardeau and Sikeston.

At the AAA level, Quinton Borders, now a junior, has pioneered Jackson with an outlandish .476 batting average, which is good for a .166 increase in his average from the school season to this date. Also hitting above .400 are Hunter Bilek, a sophomore at Kaskaskia College, with a .431 batting average, and Logan Bruns, a high school senior, with a .414 batting average.

In 26 games, the team has compiled an impressive 240 hits — just less than a ten hits per game average. Leading the charge is Borders with 30, followed by Bilek with 28 and Mason Lewis of Fontbonne with 27 on the year.

With multiple offensive statistics being headed by underclassmen, the flexibility of the Senior Legion club is impressive. “It’s a really good mixture. We’ve got some veteran guys and we’ve got some young guys like Ernst and Borders,” Lewis said of the fountain of youth.

On the defensive side of the ball, Cameron Marchi, a high school senior, is pitching an impressive 1.17 ERA over the course of twelve relief innings.

In addition to Marchi’s team-leading earned runs allowed statistic, Eli Brown, who is now a Lindenwood Lion, has led the team in strikeouts thus far, with 26 on the year in just two games of work. Brown tops the charts in punch-outs, followed by four more men with tallies above twenty: Trenton Braswell and Clayton Ernst with 25, Logan Bruns with 24 and Tanner King with 22. A pitching staff so balanced can help a team such as this later on in the year.

As for the walks plus hits / innings pitched (WHIP), Brown leads once again with a .750, followed by high school senior Owen Evans with a .971, Tanner King with a 1.163, and Logan Bruns with a 1.167. This determines the amount of runners that the pitcher allows per inning, hence, the team lead being less than one runner on base per inning.

Lewis commented on his cunning throwers, noting that, “We have a lot of great pitchers, and with as many games as we play and how hot it is, you have to have a lot of pitchers.”

Moving down an age group, the Double-A Junior Legion 16-under squad has been having themselves a season to remember as well. To this point, the AA ball club has gone 20-6, including a staggering 10-0 against the same district competition as the Senior Legion club. This indicates that the program has finished with a combined 19- 0 regular season record in their district for the 2021 summer campaign.

The lower levels of the program are just as successful, if not more than, the Senior Legion. This includes the Single-A Freshman Legion 15-under squad of boys. In 2019, the Freshman Legion dominated competition, almost uncontestedly winning a state championship via a 17-0 victory in the state championship game. In fact, the other team forfeited before even having the opportunity to bat in the bottom of the seventh. This is just one of many examples of perennial success in the program.

The first year back in the postseason has lived up to the days of yore, with the 15-under boys having a remarkable 16-5 record against impressive competition. The freshmen finished 4-0 against their own shrunken district of Perryville and Sikeston, bringing the program record to a final 23-0 against Perryville, Sikeston and Cape Girardeau clubs. For the freshmen, they have two qualifying pitchers with less an earned runs allowed stat less than one run per game: Riley Griggs with a perfect 0.00, and Owen Osborne with a 0.57. Waylon Hale heads the team in strikeouts with 26 in 14.0 innings — good for close to two per inning, or an average of nearly twelve in a seven inning game.

With three outstanding programs heading into districts, it’s needless to say that there is a lot to watch out for in Jackson. With the Senior Legion hosting both the district and zone tournament, there’s a better chance than ever that Jackson Post 158 could be bringing some hardware back home this summer.