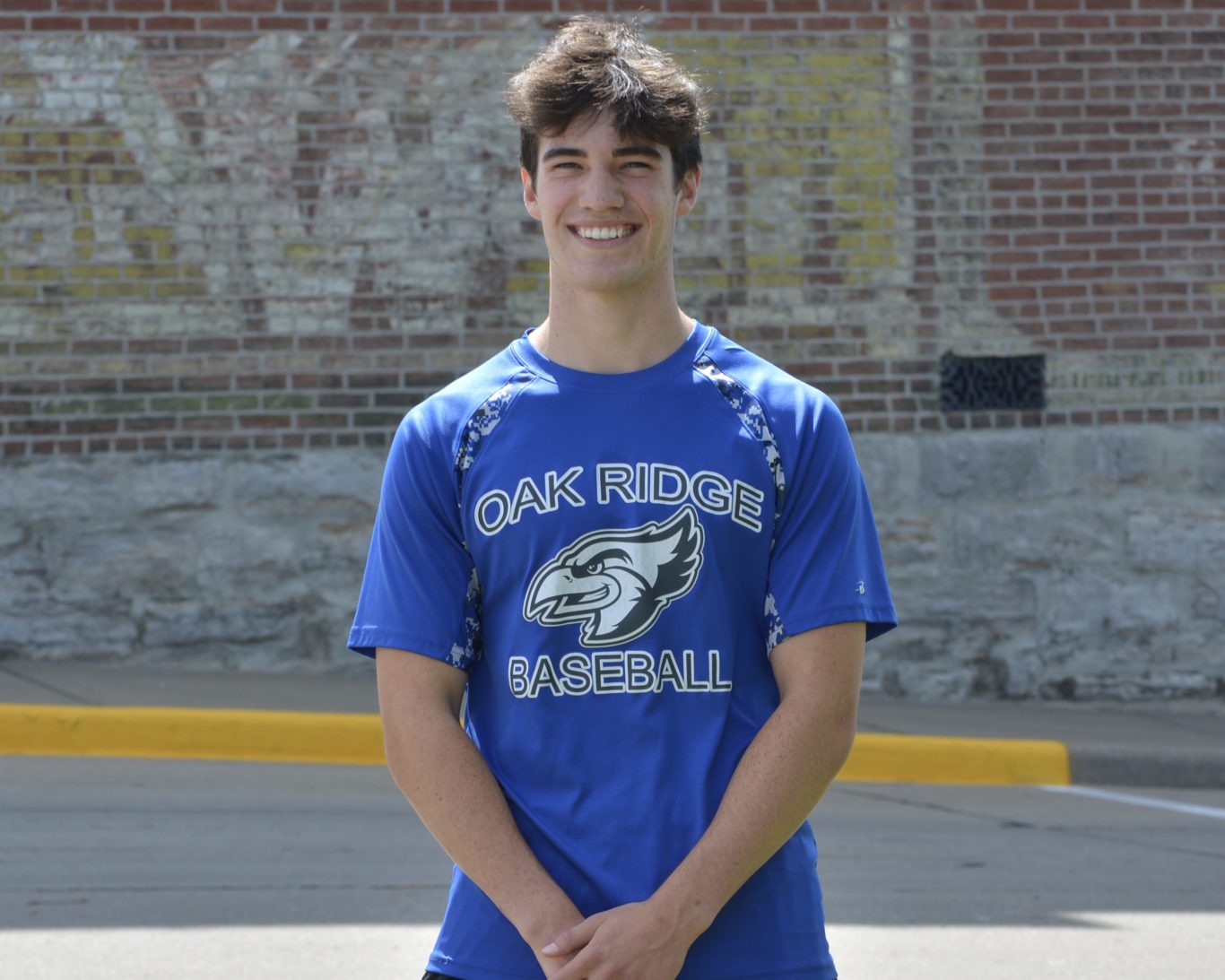 The saying goes all good things must come to an end, and David Layton’s high school athletic career at Oak Ridge is now over as the coronavirus pandemic cost him his senior season of baseball.

Thankfully, Layton was able to play in his favorite sport one last time this past school year as he became a two-time all-state honoree on the basketball court. However, it was not as easy of a road as one would have expected for the Blue Jays all-time leading scorer (2,304 career points).

After a historic junior campaign where Layton averaged 34.9 points, 8.5 rebounds, 5.7 assists, 4.7 steals per game and at one point had the highest scoring average in the entire nation, he learned he had developed advanced patella tendonosis in both knees. Aside from halting his dreams of playing college basketball, this injury nearly prevented Layton from playing this season.

One of the reasons why Layton became one of the top scorers in the nation was due to his offseason workouts, which included coming into the gym and lifting weights before his teammates did so he could then spend time practicing different types of shots on the court.

“I would normally be able to lift four days a week every week over the summer, and then I’ll play a lot of basketball,” Layton said. “With the knee injury, I couldn’t lift legs, and I really couldn’t play basketball either. I’d come in and do a lot of upper body — I feel like my upper body got a lot stronger. I felt like I grew mentally as a player, though, and I became a lot smarter my senior year than I was my junior year.”

Layton said the reason why he would put up 1,500 to 2,000 shots per day back when he was able to over the summer is because a feeling “deep from within” drove him to want to be the best. “If someone was better than me, it just bothered me. I couldn’t go as hard as I did my junior year — it drove me insane. But I’m fortunate I was able to play my entire senior season of basketball.”

One person Layton attributes to his mental growth is his now former head coach Chris Trimmer, who he also gives credit to for helping him become the player he was by opening the gym whenever Layton wanted in. Layton will also never forget the one-on-one and team advice Trimmer gave him over the past few years.

Layton played through the pain and led Oak Ridge to an overall record of 18-10 while leading the Blue Jays to a second-straight, second-place finish in the district tournament. Last year, Oak Ridge was in Class 2 District 3 and fell to state runner-ups Oran, 89-72, in the district championship game.

This season, Layton and the Blue Jays moved down to Class 1 District 2 and faced an all too familiar foe in Delta for the tournament championship. These two teams faced each other a total of five times throughout this past season, and unfortunately for Oak Ridge, the Bobcats were victorious in each meeting.

Layton and fellow Oak Ridge 2020 graduates like Zach LeGrand and Tanner Schamburg were not going to let their final season end so easily to Delta as the district title game went into overtime.  This was due to Layton hitting a game-tying 3-pointer with mere seconds left in regulation.

“It was so exciting — I still think about [that game], though, because it bugs me we didn’t pull out the W,” Layton said. “That was one way to end [my career] going into overtime — it was a hard fought battle on both ends. Credit to Delta because they played a heck of a game, and I thought we played a heck of a game, too. I wouldn’t change anything, and we live with the result.”

The Bobcats were able to come out on top and win their first district championship since 1998 by defeating the Blue Jays 88-82 to bring Layton’s basketball playing career to an end. Even though Oak Ridge lost, Layton said because of the atmosphere that this game was his favorite memory from the season.

“SEMO basketball is some of the best basketball in the state,” Layton said. “I know that’s what my coach always says, and he’s been coaching and playing in different parts of the state. There’s always a lot of fans at games, the Christmas Tournament is always fun and it’s always intense. I just love that — there’s nothing like that feeling you get when you’re on the floor.”

One of the perks of playing in the annual Christmas Tournament is being able to compete in Southeast Missouri State’s basketball arena, the Show Me Center. Layton was the fan-voted Most Valuable Player his junior year when he scored 96 points through three games.

“It meant a lot to be named all-state again — I didn’t think I’d get it to be honest with you,” Layton said. “For them to give that to me, it did mean a lot to me. I felt like I should’ve got it my sophomore year but looking back maybe I didn’t deserve it.

“Don’t tell me that back then, but after that is when I really kicked it into gear. It motivated me to be better. I always try to find motivation to be the best I can be.”

LeGrand paced Layton in points with an average of 17.3 and also led the Blue Jays in rebounds with 6.6 per game. Schamburg finished third on the team in scoring with 11 points per game along with a team-high steals average of 5.2.

LeGrand will continue his playing career at Hannibal-LaGrange.

“All six of us seniors have been playing every since third grade — that chemistry was crazy just building up and up every year,” Layton said. “I think a lot of it came down to just we were an unselfish team. We didn’t care who scored or made the plays — we just wanted to win. We didn’t have size, but we made up for it with our teamwork and our speed and skill.”

Layton earned Scott-Mississippi All-Conference honors in his final season of baseball in 2018, which is a year where Oak Ridge only manage to go 5-18 overall. The Blue Jays fell to eventual Class 1 District 2 Champions Oran 12-2 in the district tournament semifinals.

The year before that, Layton helped Oak Ridge win the Class 1 District 3 Championship with a 5-3 win over South Iron.

“Our record wasn’t that best [in 2019] — most of the kids were juniors, and I know a couple of kids had gotten better in the offseason hoping they could show it this year,” Layton said. “I felt like we had a lot of potential, but I felt like a lot of us focused more on basketball. I, of course, went the basketball route, but when baseball season was there I focused on baseball.”

For any young basketball player who witnessed Layton on the court and wants to be like him, he replied, “I always loved when the little kids would come up, and I felt like if I could be their role model that would be a lot to me. I want to always inspire the younger generation, and not just by my words but by my actions.

“If I were to give them advice, it would be work hard because nothing comes easy. You just have to be willing to put the time and effort into it.”