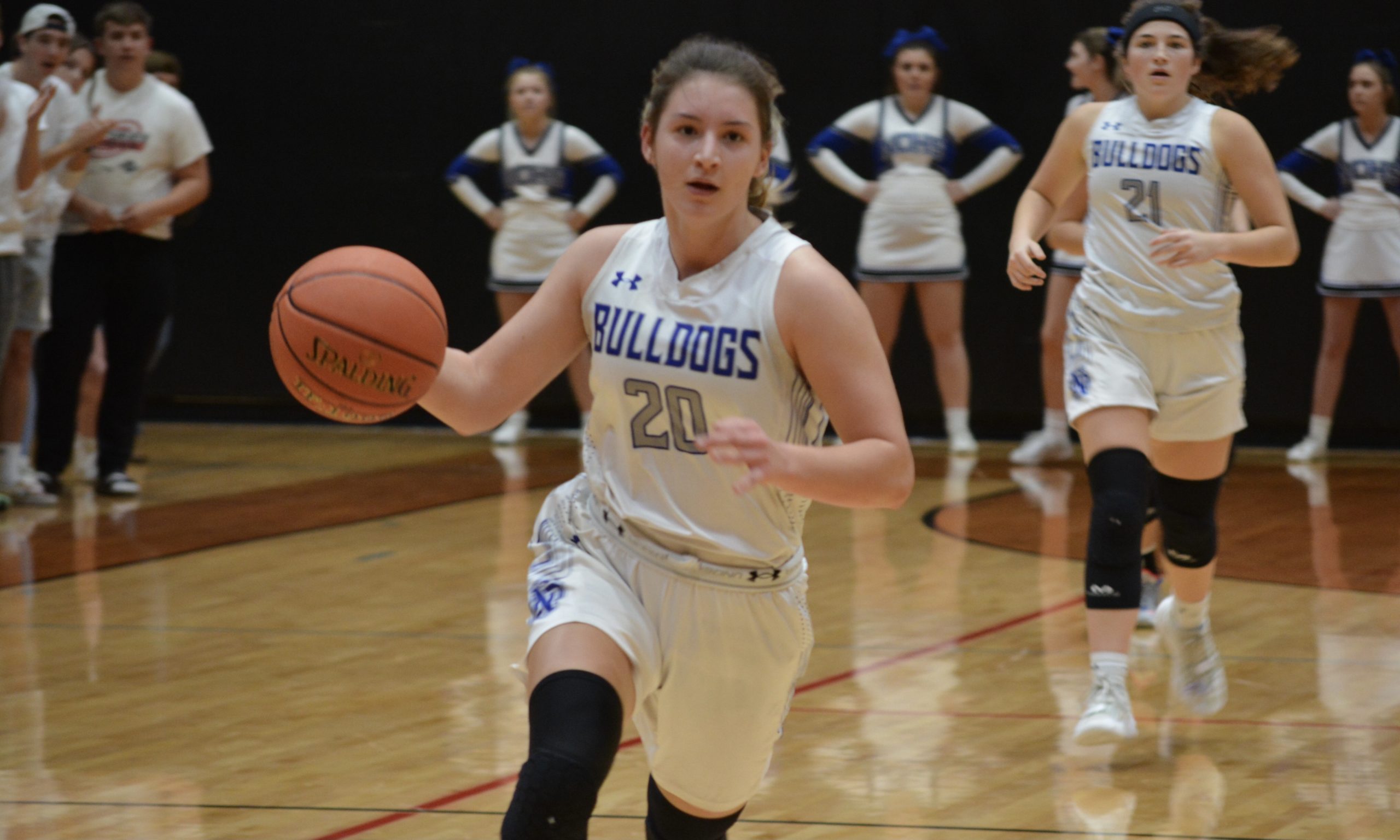 It came as no surprise that the top-two seeds in the 26th Annual First State Community Bank Holiday Classic — No. 1 seed Notre Dame and No. 2 Jackson — each had marginal, double-digit victories on day one.

The back-to-back, defending Holiday Classic Champion Bulldogs (4-0) recorded the biggest blowout out of any team at 64 points with a 74-10 win over No. 6 KIPP St. Louis (5-2) Sunday at the Show Me Center.

This was the least amount of points Notre Dame has allowed during a single game in 12 seasons back when it beat Windsor 71-10 on Jan. 28, 2012. That was the same season the Bulldogs reached the Class 4 State Championship game.

Scoring wise versus KIPP, Notre Dame had five players produce more points than the Wolves did as an entire team. The Bulldogs two-time all-state senior guard Lexi Rubel led the way by nearly recorded a triple-double with a game-high 16 points, 11 rebounds and eight assists.

Also outscoring KIPP along with Rubel were fellow guards senior Leah Jansen and sophomore Madelyn White, who each had 14 points. Jansen and White only missed two field goals combined as Jansen also had three steals, which was the third most for Notre Dame as Rubel had five takeaways to finish second.

This was White’s first time playing varsity as she came off the bench and finished a perfect 4-for-4 at the free-throw line, while also coming down with four rebounds.

The Bulldogs starting junior guards Tori Rubel and Jenna Givens finished with more points than the Wolves as well with 11 apiece as Rubel also dished out four assists and came up with two steals. Givens and Rubel combined for three of Notre Dame’s five 3-pointers with two and one, respectively.

Despite playing decreased minutes due to the significant scoring margin, each member of The Rubel Duo blocked a shot on top of combining for 27 points, 12 assists and seven steals.

The Bulldogs senior forwards Sarah Brennan and Sydney Seabaugh came up big defensively as well by combining for five blocked shots with three and two, respectively. Seabaugh also had a team-high six steals along with making one three.

As for Jackson, the Indians (4-2) took down No. 5 Woodland (3-5) 54-36 without two starters in junior forward Kamryn Link and sophomore guard Holland Guilliams. Jackson was also without its top guards senior Jordyn “Jo” McClellan and junior guard Katie Waller for a majority of the second half of action.

Waller sat out for most of the half because she already produced a game-high 12 points and knocked down two 3-pointers in the first two quarters, while McClellan sat out after stumbling from a collision.

Pacing Waller in points for the Indians was freshman guard Camryn Alsdorf as she came up with 11 and hit two threes in the first half much like Katie did. McClellan also made a 3-pointer in the first.

Jackson junior post Aubrey Brothers finished third behind Waller and Alsdorf in scoring with nine points of her own.

In the final day of round-robin action this Monday, Notre Dame will take on Woodland as Delta and Jackson play as well to determine which team reaches the title game. If the Bulldogs win out, they would be the first team to three-peat as Holiday Classic Champions since Jackson did so in 2005.