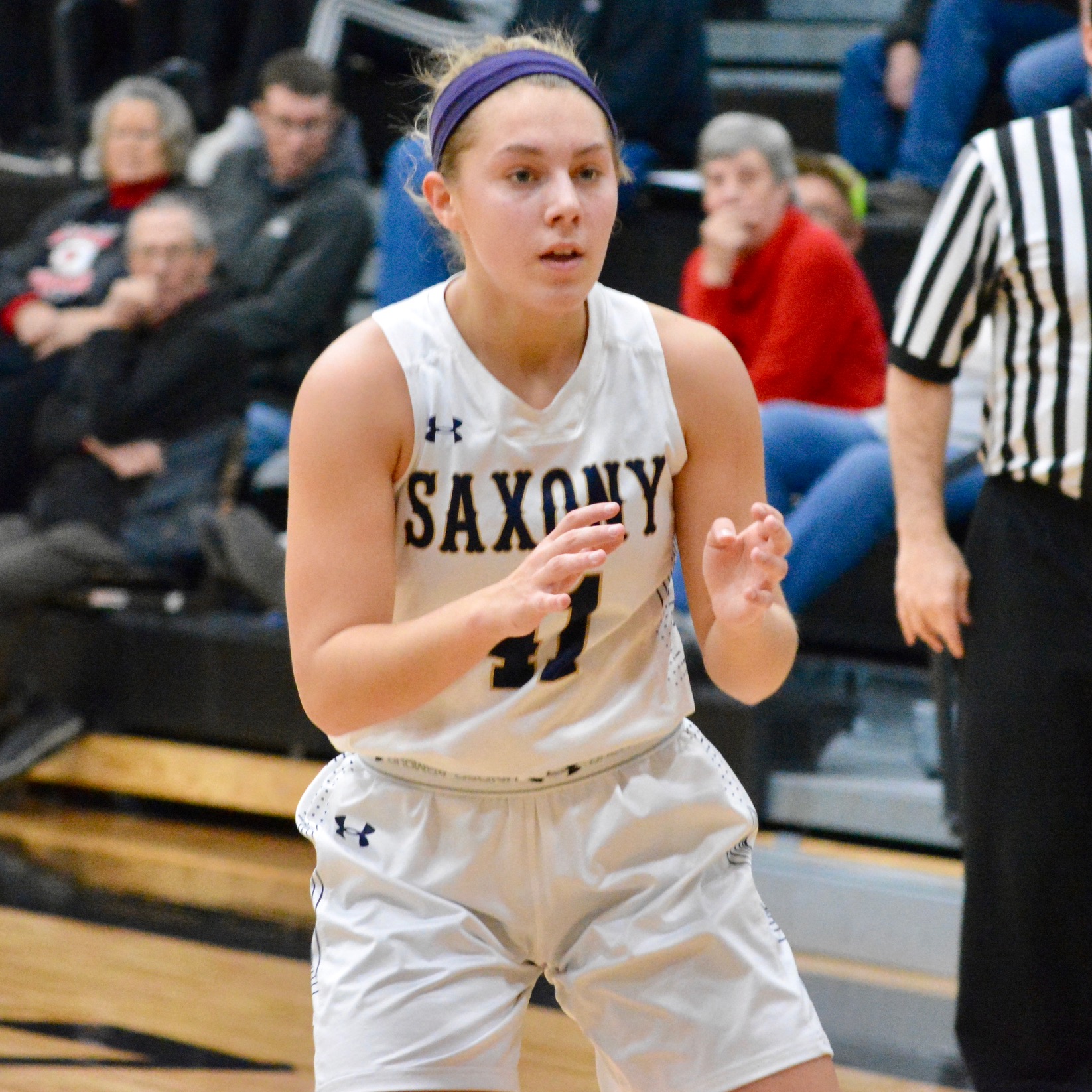 Becoming a two-time all-conference selection on the girls side was none other than Saxony senior Emma Brune, who finished this season averaging 22.6 points, 4.8 rebounds, 3.6 steals and 2.9 assists per games. Brune also recorded a team-high 56% shooting from the field and was second in free-throw percentage at 73%.

Fellow Crusaders senior Olivia Spanley took home all-conference honors for the first time in her career as she paced Brune in scoring with 13.6 points per game but finished as Saxony’s leader in rebounds at 8.4 per game.

The Notre Dame girls had the most players earn all-conference as sophomore Lexi Rubel was named to the team for a second time after being named honorable mention her freshman year. Bulldogs senior Riley Burger took home all-conference for the first time in her career.

The third and final Notre Dame player named all-conference was junior Delaney Dohogne, who was selected to the honorable mention team. Dohogne only started a few games for the Bulldogs this season, but she thrived as one of the team’s primary role players off the bench.

Lastly, Jackson had two players named all-conference as juniors Madison Lambert and Olivia Ward were each named to the team for the first time in their career.

Earning SEMO Conference Player of the Year for the second time in a row was Poplar Bluff senior Kiley Bess, who scored 166 points in conference play. Brune paced her with 148 points.

The Mules also won this year’s regular-season conference title and took third in the tournament.

Notre Dame, Saxony and Poplar Bluff went on to win district championships as the Bulldogs reached the Class 4 Final Four, while the Crusaders were one win shy of the Class 3 Final Four. Saxony fell to state runner-up Licking 52-46 in the quarterfinals, which fell to Strafford 65-62 in the state title game.

While Saxony’s boys team is not in the SEMO Conference, Jackson and Notre Dame combined for four all-conference selections.

Each Notre Dame player was one of the top 10 named to the all-conference team as seniors Tyler Landewee, Justice Thoma and junior Caleb LeGrand were selected. Thoma finishes his career as a two-time all-conference honoree.

The lone Indian named all-conference was senior Lane Crowden, who was one of the seven conference members selected to the honorable mention team.

The Bulldogs took home the SEMO Conference Regular Season Championship, while they won the consolation title in this year’s tournament. Jackson failed to place in the conference tourney and finished seventh overall in the regular-season standings.

Notre Dame and Jackson each won a district title as the Bulldogs advanced to the Class 4 Final Four.