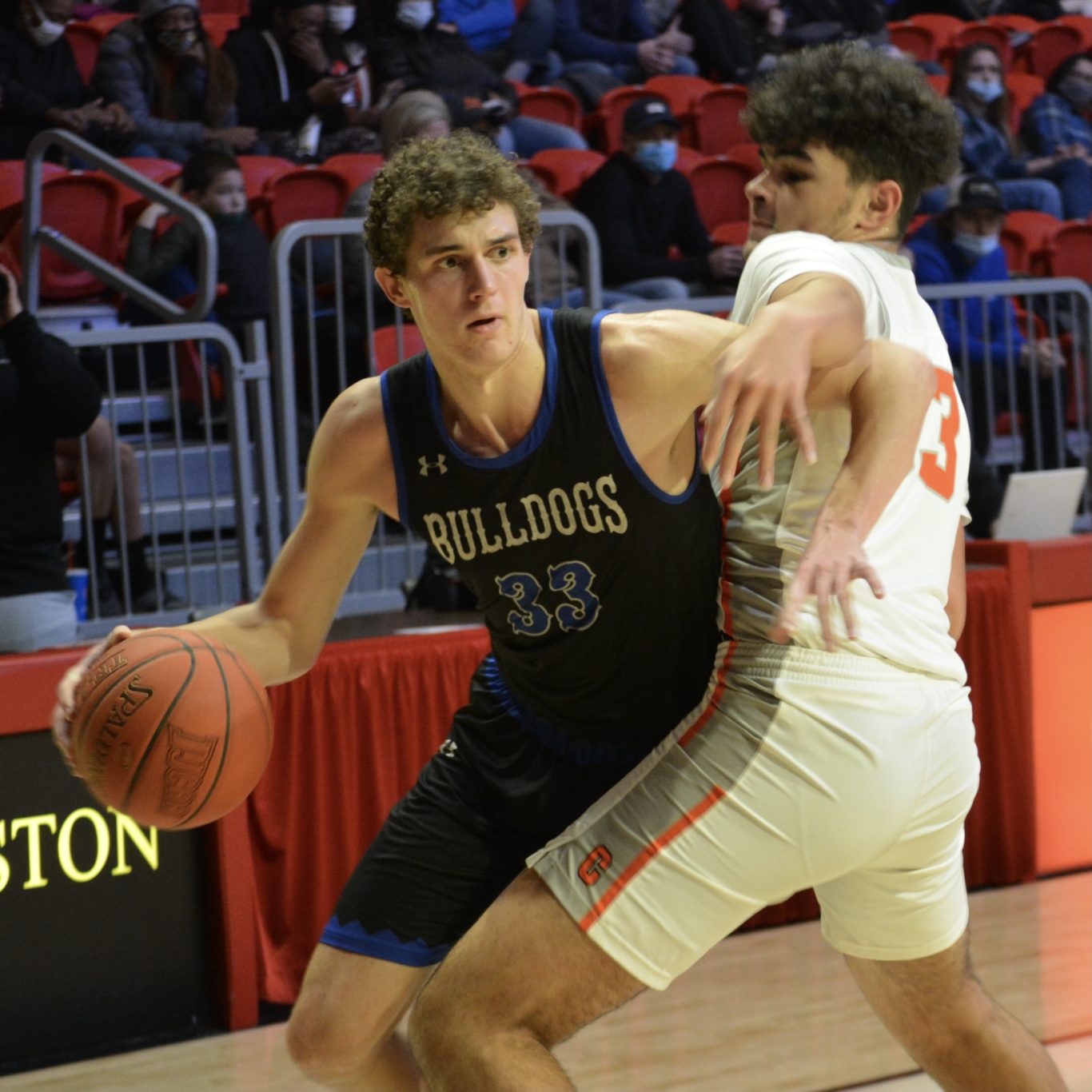 In the 76th Annual Christmas Tournament hosted at the Show Me Center, the Notre Dame boys basketball team was able to make the championship game for the second year in a row.

The No. 2 seeded Bulldogs were hoping to win their first Christmas Tournament title since 2014 back when they beat Jackson; however, No. 1 Cape Central had other plans.

Heading into the title game, Notre Dame’s defense held tournament opponents to 42 points or less while scoring at least 74. The Tigers balanced attack on offense and man defense that covers plenty of ground handed the Bulldogs a 51-43 loss.

Central had three different players score in double digits as Notre Dame only had two as senior Caleb LeGrand leading all scorers with a game-high 23 points.

The rest of Notre Dame only combined for 20 points as senior Jake Young put up 10, while fellow senior Hayden Jansen was held scoreless after producing 60 points in the first three games.

Senior Darion Triplett came up with eight points of his own for the Tigers, while junior Drew Vandeven produced eight in the fourth quarter off the bench for the Bulldogs.

Central went on two 8-0 runs through the first three quarters, which led a 33-23 over Notre Dame in the third. The Bulldogs used a 6-0 run to begin the fourth quarter in order to narrow the Tigers lead to 39-34, but Central held on, thanks to free-throw shooting.

In the fourth, the Tigers went 8-for-11 at the charity stripe as Brandtner hit three while Huff and Triplett each added two points from the line. Notre Dame only hit one of its six free-throw attempts in the final eight minutes.

Central junior Cameron Harris, Huff, Jansen and LeGrand were the only players from the title game named to the all-tournament team.

Jackson, which was seeded third in this year’s Christmas Tournament, was upset in the quarterfinals by No. 6 seed Kelly 55-51. The Indians finished two spots below their seed as they took fifth following wins over No. 10 seed Leopold, 56-51, and lastly No. 5 Oran, 46-35, in the fifth-place game.

Leading Jackson in scoring against Oran was sophomore Clayton Ernst with 12 points as he was paced by junior Quinn Scott with 11. In the previous game against Leopold, junior Elliot Cowell had a game-high 21 points off four 3-pointers with freshman Blayne Harris behind him at 15.