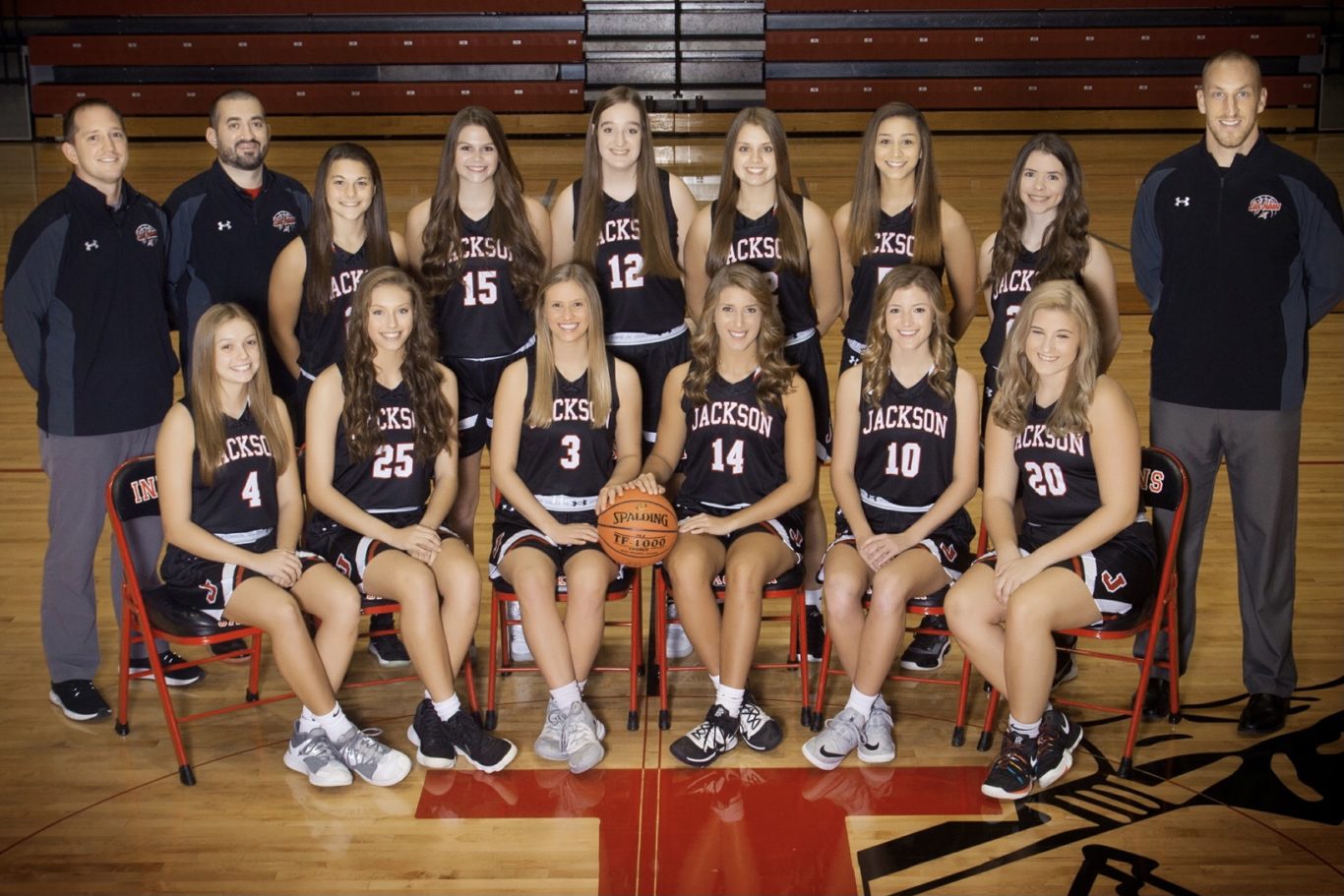 Last winter, the Jackson girls basketball team was unable to win a fourth-straight district championship as the Indians fell to Poplar Bluff by five points, 49-44, in the title game.

Jackson is reloaded as the team only graduated one starter in all-district selection Piper Guilliams, who averaged 7.2 points and 3.4 rebounds per game last season. However, the Indians will be gaining a starter as junior guard Jordyn “Jo” McClellan (5-foot-8) returns to the court after missing her sophomore season with an ACL tear.

McClellan, who was named all-district and earned an offer to play for Murray State as a freshman, suffered her injury two summers ago while playing for SEMO Sizzle with other area talent like Notre Dame sisters junior Lexi and sophomore Tori Rubel.

This past summer is when McClellan made her return to basketball as she helped SEMO Sizzle win multiple tournaments while also regaining her confidence. From currently watching her in practice, Jackson head coach Tyler Abernathy said no one could ever tell she had torn her ACL.

“I think being able to play in the summer was great for her because it put her back in the flow of playing,” Coach Abernathy said. “I’ve had a couple other kids who’ve come off that ACL injury, and it just seems like they’ve gotten to get their feet wet.

“You see them a month later, and they look a little more comfortable, and I think that’s where Jo is. Right now if you were to go watch her in practice, you wouldn’t think of anything. She’s just out there practicing.”

Having started with McClellan back in the 2018-19 season and returning to Jackson’s starting lineup for the third year in a row is none other than senior forward Madison Lambert (5-foot-10). Lambert, who verbally committed to Missouri Baptist two weeks ago, was the Indians top scorer last season as she produced an average of 16.2 points per game, while also being the leader in rebounds with 6.6 per contest.

“Oh she looks good [heading into this season] — Madison can play,” Coach Abernathy said. “She’s a really good basketball player and shoots it really well. She’s worked really hard on moving without the ball to put herself in position to catch and score.

“She’s a very unique kid because when you watch her, you think of her as a shooter. She does shoot it really well, but if you look at her biggest games for us last year was not just her scoring from the 3-point line, but it was her getting inside the painted area, getting some easy ones and getting to the free-throw line.”

Abernathy said Lambert has become such a versatile scorer because if a player primarily scores in  one way such as from beyond the arc, they become easy to predict and defend.

Coach Abernathy could not be more excited to have these two players back in his lineup because of their scoring ability, but for the most part he’s just happy all of his players will be on the court.

“Obviously, you hope that they play well and you win all of those things, but more importantly you want to see them play because that’s what they love to do. If you were going to ask me what’s nice about seeing [Lambert and McClellan] play, it’s that they’re getting to play basketball at the same time on the same floor.”

Last season, Lambert was named all-district for the second year in a row while picking up all-conference honors for the first time in her career. Another Indian to earn these accolades was fellow senior guard Olivia Ward (5-foot-10), who paced Lambert as Jackson’s second-leading scorer with 7.5 PPG along with a team-high average of 2.5 assists per contest.

Ward also led the Indians in steals at 1.7 per game as fellow seniors forward Kate Emmendorfer (5-foot-9) and guard Brooke Thompson (5-foot-7) paced her with 1.5 each. All three of these players had at least 54 or more tries from beyond the arc as Ward made 26.7% of her attempts.

“There’s a good chance we’re going to shoot a few threes this year,” Coach Abernathy joked. “We have stressed that we do have to find a way to get more layups, whether that’s creating turnovers on defense or using a ball screen to get into the painted area.

“Part of [our team shooting so many threes last year] is because our players do shoot the basketball well. That just kind of fits this team and what’s important is understanding what are good threes and when should we be taking them.”

One of the reasons why Jackson is so successful in causing turnovers with steals is the team’s ball pressure by making opposing players uncomfortable with the basketball and making them play faster than they want to play, Abernathy said. Another factor Coach Abernathy pointed out is his team being able to create turnoevers because many of his players have a long reach along with their athleticism and quickness.

Emmendorfer will factor into Jackson’s four and five spots on the court as she finished second on the team in rebounds last season with 3.6 per game. Abernathy described Emmendorfer as one of the toughest players he’s ever coached.

Another impact senior for Jackson this winter will be post Hannah Shinn (5-foot-11), who led the Indians in blocks with 24 last year. No one should be surprised by that since Shinn was a three-time all-conference and all-district middle hitter for Jackson’s volleyball team that won back-to-back conference tournament and district titles.

Lambert will continue to help out in the post this season, but other players like junior Isabella Hermann (5-foot-11) and possibly freshman Nadia Wasilewski (6-foot) will find themselves playing around the rim as well. On the Indians volleyball team as an outside hitter this fall, Wasilewski garnered all-conference and all-district honors.

Two returning Indians who each played in 20-plus games last winter are sophomores forward Kamryn Link and guard Katie Waller, who are both 5-foot-10. These two will likely see an increase in playing time after making improvements during the offseason.

Another sophomore who could see more minutes along with Link and Waller is guard Maci Wendel (5-foot-5).

“You’re always going to have some of those freshman mistakes and this and that,” Coach Abernathy said. “You kind of lack some confidence — just that nervousness and butterflies. You can see it practice right now because they’re just like another player out there. That confidence of knowing that, ‘I belong,’ and ‘I should be on this floor,’ I think you’re going to see that from those kids.”

Along with Wasilewski, there are a total of eight freshmen in Jackson’s program this winter as other players in the class like Payton Gannon (5-foot-8), Holland Guilliams (5-foot-7) and Ella Domian (5-foot-8) have stood out to Coach Abernathy early on.

“They’re going to be a really good J.V. team, and they’re going to be ready to help out — they’re right there,” Abernathy said. “They’re a hard-working group that’s going to get better as the year goes on, and in two or three years I think we’re going to be sitting here talking about a lot of them.”