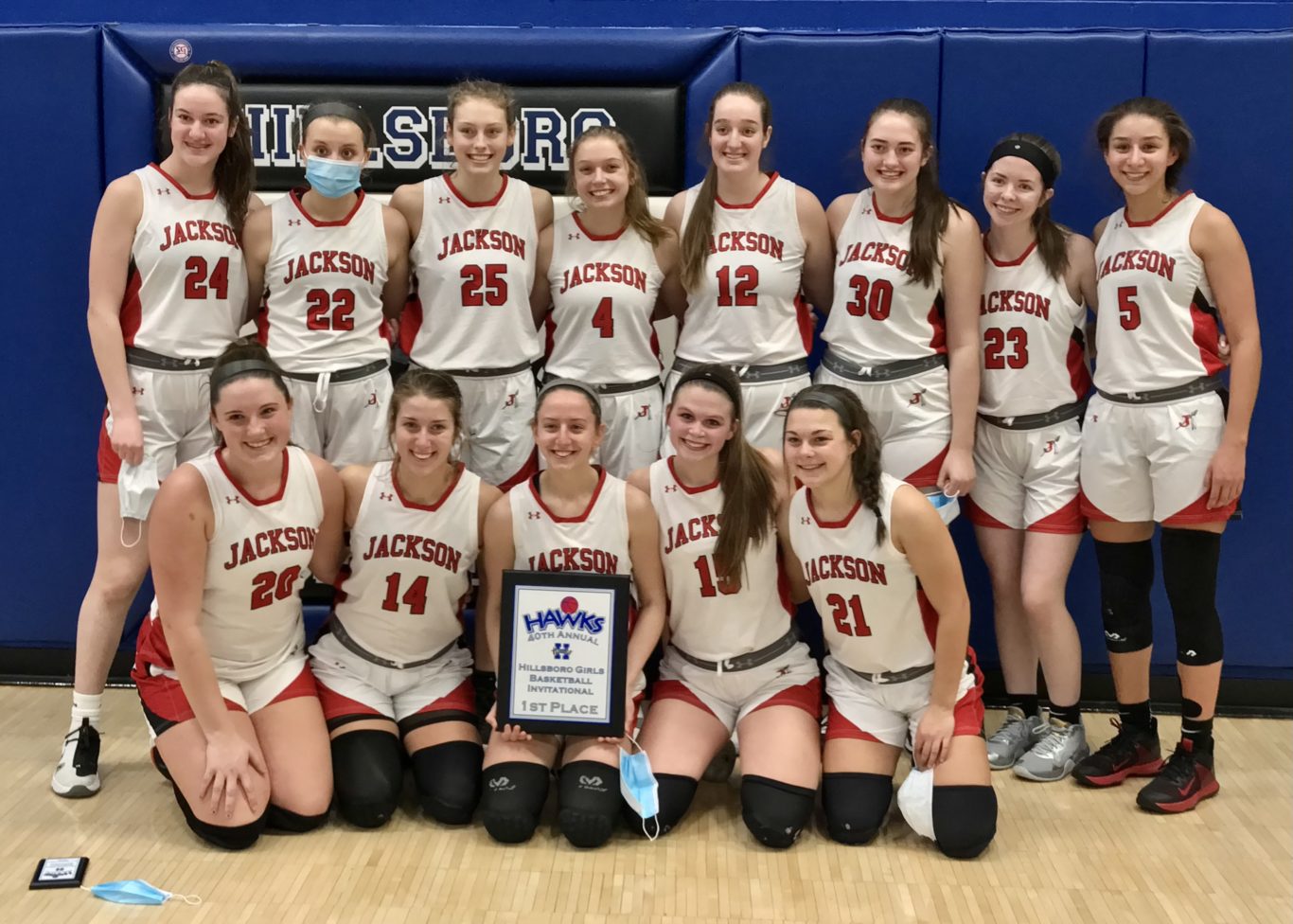 It would be hard to believe that a 13-win Jackson girls basketball team had not won a tournament championship this season up until last week’s 40th Annual Hillsboro Invitational. Then again, the Indians had to face Notre Dame in their previous two tournament title games (SEMO Conference and Holiday Classic).

This time around, Jackson took on another conference rival for the Hillsboro Invitational Championship in Cape Central, which it had already defeated this winter twice before (45-29, 36-25).

Jackson entered this third and final contest against the Tigers down two senior starters (Olivia Ward and Brooke Thompson), but that still didn’t keep the Indians from beating Cape by double digits once again.

“This is a team that’s got great depth,” Jackson head coach Tyler Abernathy said. “Obviously, we’d love to have Thompson and Ward with us all the time, but we were able to have kids step up in their absence.”

Leading the scoring attack for Jackson was sophomore Katie Waller with a game-high 15 points as she scored 11 of those and hit her two 3-pointers in the first half. Waller also produced eight points in the Indians 20-point, 55-35 win over another SEMO Conference opponent Saxony Lutheran in the semifinal round.

Leading the way for Jackson against Saxony was the dynamic scoring duo of junior Jordyn “Jo” McClellan and senior Madison Lambert with a combined 39 points and seven 3-pointers, but they only scored five points in the first two quarters against the Tigers. However, these two ended up combining for 21 points and were named to the all-tournament team along with Waller.

“I felt like both [Lambert and McClellan] took good shots, and I don’t know if either one of them took a bad shot all night,” Coach Abernathy said. “As long as they’re taking good shots, percentages play. Eventually you’re going to see a stretch where four or five of those go in, and that’s what you saw in this game.”

Lambert and McClellan’s first-half shooting struggles is what forced Waller to step up for Jackson. To end the first half, Waller was able to give the Indians a 20-10 lead heading into the locker room after she went on a 6-0 run of her own by hitting back-to-back threes.

“Waller has become a much better shooter — she’s always been a scorer,”  Abernathy said. “She’s scored since the moment I’ve watched her play basketball, but she’s worked really hard on her shot and has become a much better shooter. What that’s done is lengthen her game — you can’t play off of her two or three feet anymore and just play her driving and finishing around the basket.”

Waller was also key for the Indians defense as she would guard the area between the Tigers backcourt players to deflect or steal the pass, which she did a few times.

“For us, our guards have to rebound it,” Coach Abernathy said. “They do because we’re not real big, especially [against Cape]. We try to get Hannah [Shinn] and Lambert to hold the stalemate, and then the ball bounces around and the guards come in and get it. That’s what we were able to do at times, but there were still some moments in our 1-3-1 [defensive scheme] where our positioning makes it hard to rebound out of.”

Jackson was tasked with fighting for rebounds against one of the better post players in Southeast Missouri — Cape’s 6-0 junior Ella Vogel. Even though Vogel finished with an array of rebounds, the Indians still managed to hold her to just six points as she failed to score in the fourth and final quarter.

“We’ve done a really good job lately of just having good awareness — just knowing where so and so is,” Coach Abernathy said. “If I’m guarding a kid that’s maybe not a shooter and she’s out on the perimeter, there’s no need for me to be out there if the best post player is posting three feet from me. You can’t plan everything for them — basketball is a free flowing game, and kids just have to adapt and play. We’ve done a pretty good job of that lately.”

Leading the way for the Tigers offense were sophomores Taylor Horton and Rakiara Bogan, who combined for 18 points as Horton scored a team-high 10.

Another player to step up for Jackson both on and off the court without senior leaders like Thompson and Ward was senior Kate Emmendorfer. She only produced four points in the title game, but Emmendorfer is one of Jackson’s top defenders and leaders and continued to prove it in the tournament.

“I thought Kate Emmendorfer did a good job all week of being a good leader for us,” Coach Abernathy said. “Those seniors are awfully close — Kate, Hannah Shinn and Avery Bauer did a really good job. I know it sounds weird, but pretty much a lot of it’s just status quo. You just show up and play ball and try to do what we do.”

The next tournament for these Indians will be the Class 6 District 1 Tournament that only features three other teams: Northwest, Poplar Bluff and Seckman. In the first round of the Hillsboro Invitational, Cape Central had no trouble defeating Seckman, 64-41.