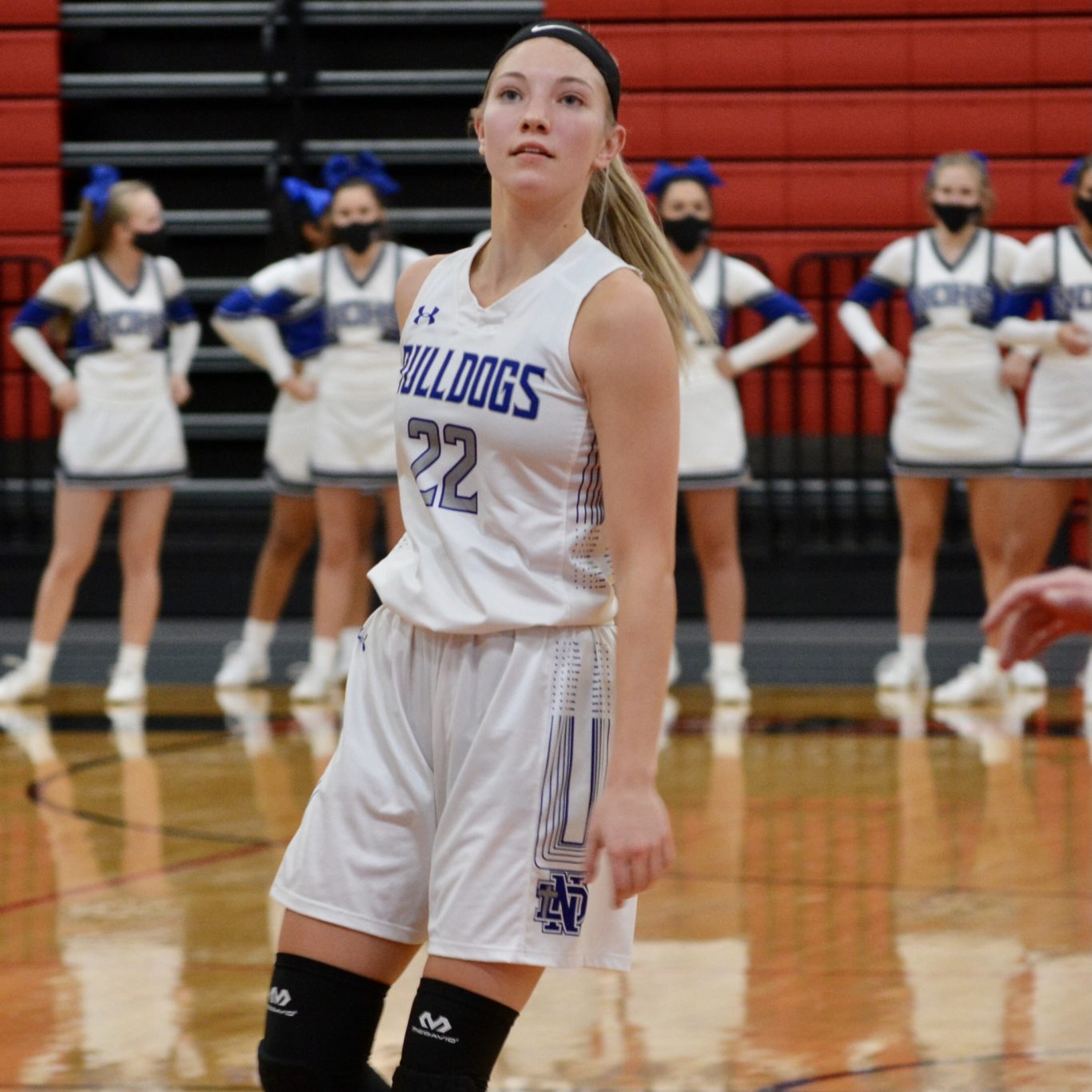 The Bulldogs of Notre Dame had no trouble winning this year’s Battle of the Dogs once again as they defeated Sikeston 50-36 and led by as much as 23 points in the first half of play.

Notre Dame rotated players in and out of the game as eight different players scored, while five of those Bulldogs produced six or more points. These players for Notre Dame were junior Leah Jansen with a team-high 11 points, junior Kristin Edmonds at nine, sophomore Tori Rubel scored seven (in limited minutes) and seniors Allie Burnett and Delaney Dohogne had six.

Jansen hit two of her team’s six 3-pointers on the night as Edmonds finished as the Bulldogs leader in steals by having five of her team’s 10 and was second in assists at three behind junior Lexi Rubel, who finished with five dishes to her teammates for the score.

This was Rubel’s first game back after missing her team’s last two contests due to an illness, where Notre Dame went 1-1 overall against two, top-three opponents (48-47 win over Class 4 No. 1 Park Hills Central; 47-40 loss to Class 5 No. 2 Helias Catholic).

Rubel only scored four points while rotating in and out of the game, but she did manage to lead the Bulldogs in rebounds (seven) as well as assists.

The Sikeston Bulldogs only had two players finish in the scoring column as juniors Amyari Blissett and Karris Allen tied for a game-high 18 points. Both players had 10 points at the half as Blissett hit four triples while she combined with Allen for 12 successful free-throw attempts.

Notre Dame ended up suffering its second loss of the season the following night on the road against Class 6 Cor Jesu Academy, 69-66, in double overtime.

Only two Bulldogs finished in double digits scoring wise as Lexi Rubel set a new career high of 29 points and hit a team-high three 3-pointers along with 13 rebounds. Edmonds finished behind Lexi with 16 points and four rebounds, while Tori Rubel scored eight and hit two threes in limited minutes before exiting the game in the second overtime (medical).

Only three other players for Notre Dame scored outside of the Rubels and Edmonds as Dohogne and Jansen combined for 10, while junior-varsity call-up sophomore Jenna Givens hit a triple for her only points of the game.

Notre Dame will continue conference play against Jackson tomorrow night at home. The Bulldogs have already beaten the Indians twice this season — first 46-33 and lastly 40-32.