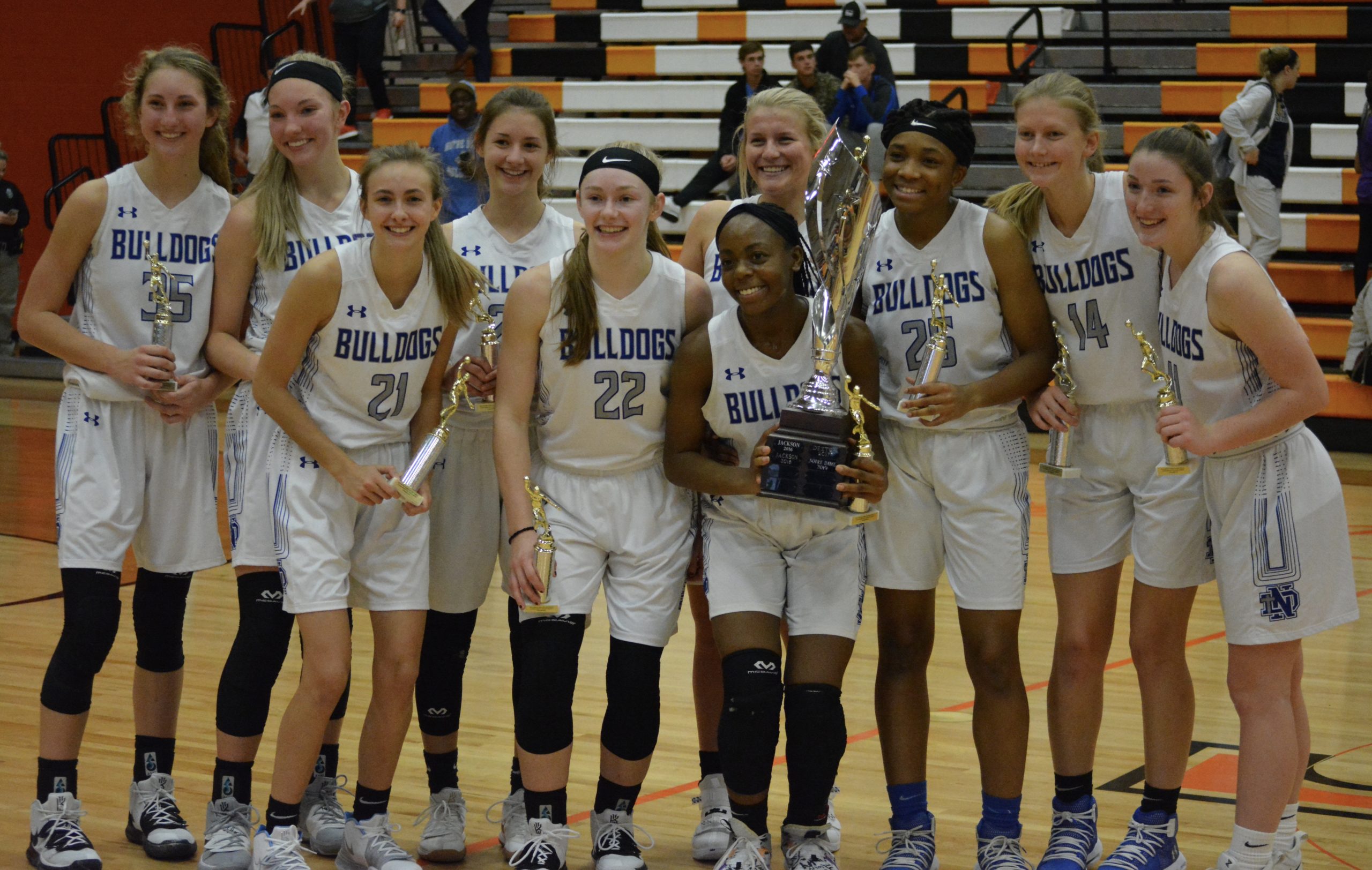 The Cape Notre Dame girls basketball team entered the SEMO Conference Tournament as the No. 1 seed, and the favored Bulldogs ended up leaving with the trophy.

Notre Dame won its first conference tournament title with a 52-34 win over No. 2 seed Jackson in the championship game last Thursday, where junior guard Delaney Dohogne scored a game-high 16 points and hit four 3-pointers. She did so while coming off the bench.

“I saw the ball keep going in,” Bulldogs head coach Kirk Boeller joked. “I was like, ‘Hey girl, keep shooting.’ There was one time she turned around and was like, ‘Should I keep shooting?’ I was like, ‘Well heck yeah!’ She’s as smart as anybody in the program — she has a knack where to be on the floor.”

One of the main reasons why Dohogne and Notre Dame had success from beyond the arc was because of the holes in Jackson’s defense the Bulldogs took advantage of. The Indinas run a similar style of zone defense to Notre Dame’s scheme.

“We were looking for that open space, and I know if the ball moves quickly, you’ll naturally create that space,” Coach Boeller said. “Especially on the short corner, so we were trying to move it quickly and attack space.”

Also hitting 3-pointers of their own besides Dohogne were the likes of senior guard Emily Kellum and freshman guard Tori Rubel as each hit one apiece in the first half.

Kellum added six more points to her total for nine in the game, but it was sophomore guard Lexi Rubel who paced Dohogne in scoring with a total of 12 points for Notre Dame.

Another key in the Bulldogs victory was holding Jackson to only score 13 points in the second half after the Indians scored 21 to Notre Dame’s 24 in the first half. The Indians were also able to find holes in Notre Dame’s defense with six 3-pointers of their own.

Senior Piper Guilliams and junior Brooke Thompson each finished with two triples for Jackson as Guilliams led the team in scoring with 10, but she failed to produce any points in the second half. Thompson led the Indians in scoring in the final two quarters with six points and finished the game with eight.

Both of these teams will have another chance to face off in the First State Community Bank Holiday Classic starting on Dec. 18 before their regular-season matchup Jan. 23. The Bulldogs were seeded first, while the Indians are the No. 2 seed.