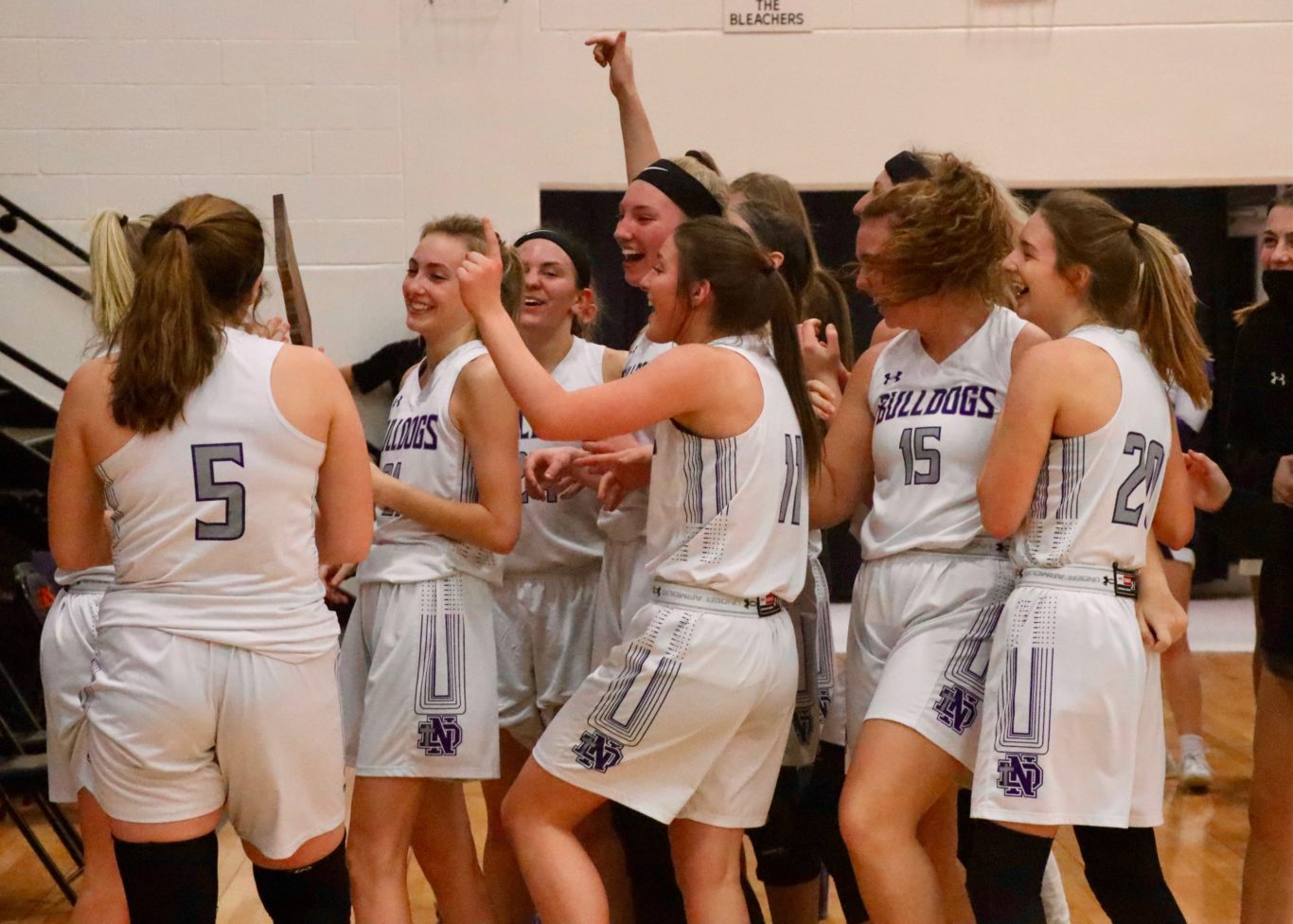 Leading the way for the Bulldogs was none other than their three-year starter junior Lexi Rubel, who scored a combined 32 points in Notre Dame’s two games of the Class 5 District 1 Tournament. Rubel did so in only seven quarters as there was no need for her to play in the final eight minutes of her team’s 63-17 win over Saxony Lutheran (10-16) in the semifinals on Monday.

For the district championship, No. 1 seeded Notre Dame (17-5) needed Rubel to play a majority of the fourth quarter in a 20-point, 56-36 victory over No. 2 Cape Central (13-9). Rubel finished with a game-high 18 points along with six rebounds, four steals, three assists and one block against the Tigers.

Eight of Rubel’s points came from the free-throw line as one of the ways she’s been able to best opposing defenses this season is by drawing contact in the post. Rubel is usually able to do so with ease as most teams double or even triple team her when she’s attacking the basket.

“That’s what she does, and if she’s open, she’s going to shoot it,” Notre Dame head coach Kirk Boeller said. “And if she’s not open, she’s going to create. Cape was playing her well and little Emma Winkler — she’s my cousin — got after it on Lexi. They gave her fits sometimes, but when that happens she’s got the ability to put it on the floor, get to the basket and go up strong. That gets her to the free-throw line.”

One of the things Rubel has improved on in her offensive game has been her eurostep. This is a move where a player picks up their dribble, takes a step in one direction and then quickly takes a second step in the other director to evade defenders while driving down the lane.

Rubel said she’s been able to improve her eurostep because of her team being able to practice five-on-five now. This hasn’t been the case for a majority of the season since Notre Dame has had multiple players out with injuries, illnesses and health issues.

“I’ve just been practicing it honestly a ton when we scrimmage,” Rubel said. “Now that we can go five-on-five again, it helps a lot.”

Eight of Rubel’s points came in the second quarter after her younger sister sophomore Tori Rubel had to exit the game late in the first quarter for a medical issue. Tori reentered the game in the fourth quarter, but she didn’t play long because of her team’s significant lead.

“I’ve seen it so many times now, and we’ve had so many doctors tell us she’ll be fine,” Rubel said. “It’s frustrating, but you’ve got to move forward and stay mentally in it.”

Against Saxony, Tori was one of the seven Bulldogs to score at least seven points and also had five rebounds and two steals. The district championship game was the first time since Feb. 4 that Tori had to exit a game due to her medical issue.

Tori only scored one field goal in the contest, but two other players for Notre Dame stepped up in her absence as juniors Leah Jansen and Kristin Edmonds combined for 23 points with 13 and 10, respectively. Edmonds and Jansen each hit three 3-pointers for six of their team’s nine triples against Cape Central.

Coming away with the other three treys for Notre Dame were senior Allie Burnett (two) and junior Sydney Seabaugh (one) off the bench.

“Leah hit a couple of really big threes, and Kristin hit a couple in the first half that were big,” Coach Boeller said. “Sydney Seabaugh came in and hit one, and Allie Burnett hit a couple. That’s a testament to the way they work, our depth and our confidence in each other. Nobody is afraid to shoot it, and everybody wants everybody else to shoot it. They’re unselfish, and it shows when you look at the box score.”

Jansen hit one of her threes to start the second half on a play where Lexi not only showed off her skills but also her court awareness. Jansen’s triple was possible after Rubel deflected a pass that Notre Dame stole. Rubel received the ball in the perimeter and was about to shoot a pull-up jumper, but she instead passed to Edmonds, who then passed to a wide-open Jansen for the three.

“I felt [the Cape players] coming behind me, and I saw my teammate wide open,” Rubel recalled. “I have full confidence in them knocking down shots, too.”

Edmonds and Jansen both play AAU basketball with The Rubel Duo on SEMO Sizzle, which Edmonds joined this summer and transferred to Notre Dame this school year from Anna-Jonesboro (Illinois). Rubel and the rest of the team couldn’t be happier to have a player like Edmonds.

Both Edmonds and Jansen also helped lead the defensive charge as Jansen finished with a game-high five steals out of Notre Dame’s 15 takeaways. Senior Delaney Dohogne paced Jansen in steals as she tied with Lexi at four while Edmonds and Tori each had one as well.

One of the reasons why Notre Dame has been so successful in recent memory is because of the team’s ability to run full-court pressure on opposing offenses. Rubel said her team’s scoring all starts with defense.

“Once we start pressing more, everyone just gets more confidence,” Rubel said. “Then defenders will hop on to me, and that leaves [my teammates] more open to knock down shots.”

The Bulldogs are currently on a seven-game winning streak as the last loss they suffered was in January. Notre Dame has also won its last five games by 15 or more points.

The Bulldogs now enter the state playoffs with hopes of making it back to the final four for a second-straight season. Last season’s final four was cancelled due to the coronavirus pandemic.

“Most of or team was on that team from last year, so we’re just trying to take it just one game at a time, but we’re ready,” Rubel said.