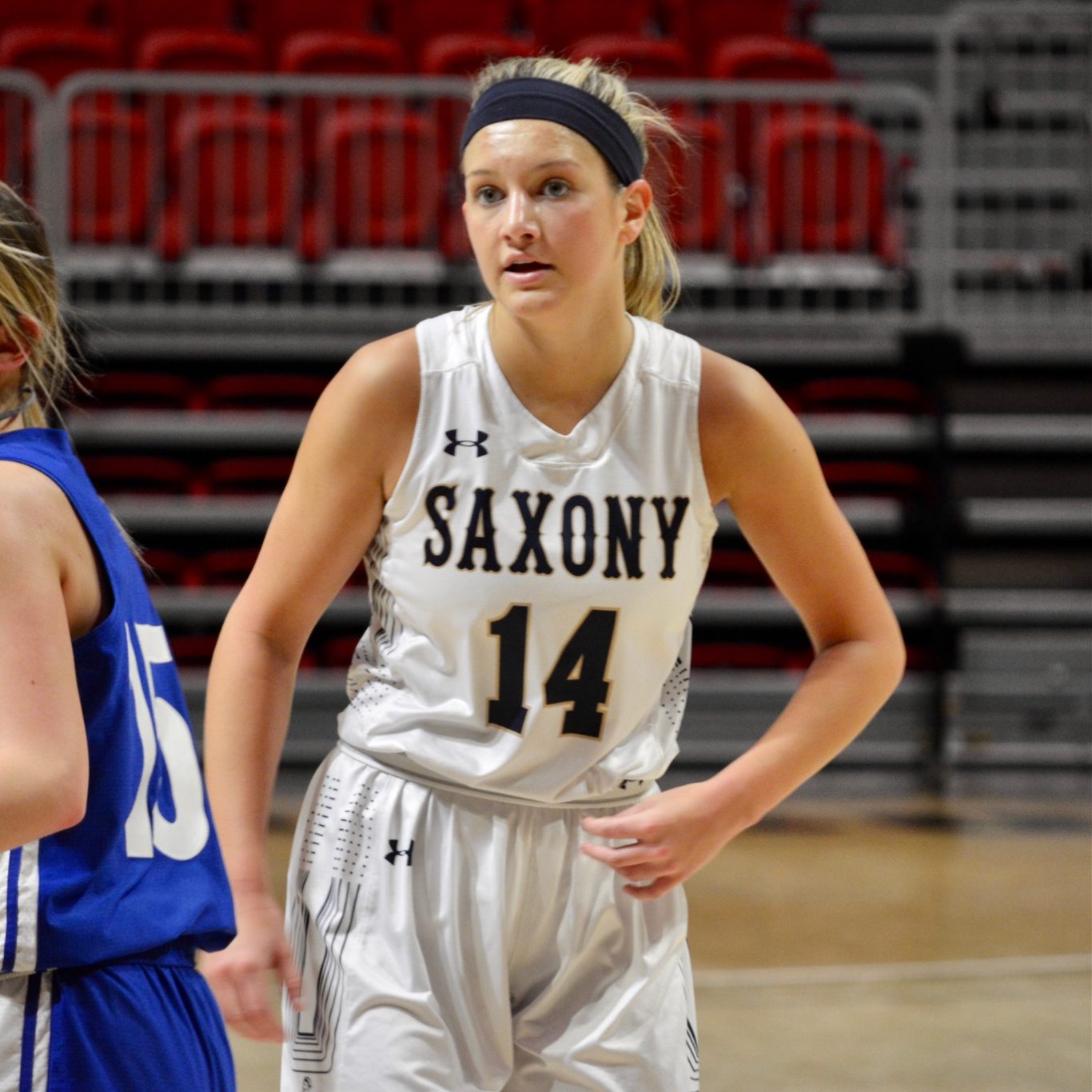 Prior to the 40th Annual Hillsboro Girls Basketball Invitational last week, the Saxony Lutheran girls basketball team had not placed higher than fifth in either the SEMO Conference Tournament or Holiday Classic.

All of that changed Saturday as the No. 4 seeded Crusaders were able to take third place for the second consecutive year in the Hillsboro invite with a 44-38 victory over No. 3 Herculaneum in the third-place game.

Defensively, Saxony recorded 11 steals as Murphy led the way with four, who also produced a team-high three assists. Turner, senior Alice Hogendobler and junior McKenna Webb each had two steals, while Voelker came down with four defensive rebounds for a team-high six boards.

Only three Blackcats finished with more than one field goal as senior Paige Fowler produced a game-high 14 points, while junior Macey Pilliard and senior Emily Wiese each scored nine points.

One of the key differences in the game offensively was the Crusaders being able to knock down eight 3-pointers compared to Herculaneum’s two makes from beyond the arc. Dunning, Murphy and Turner all hit two threes apiece for Saxony.

The Crusaders reached the third-place matchup after defeating No. 5 Fox 51-38 in the first round on Monday and then fell to eventual tournament champion and SEMO Conference rival No. 1 Jackson 55-35 Thursday.

In Saxony’s first-round win, Hogendobler, Turner and Voelker combined for 37 points as Voelker led the way with 14. Voelker finished in a three-way tie for the team high in rebounds at five with Turner and Webb.

Hogendobler and Turner were Saxony’s only players to hit a three in the win as they combined for five with Alice hitting two.

The Crusaders defense had 13 steals against the Warriors as Murphy finished with a team-high four once again, while Dunning, Turner and sophomore Ashlyn Mueller each had two.

Against the Indians, Murphy was the only player for Saxony to finish with double digits in the scoring column as she scored 12 points. Voelker and Hogendobler (two 3-pointers) paced Murphy in scoring with seven and six points, respectively.

The Crusaders only managed to record seven steals as they turned it over 11 times to Jackson. For the Indians, Junior Jordyn “Jo” McClellan and senior Madison Lambert combined for 39 points and seven 3-pointers as McClellan scored a game-high 20 with five triples.