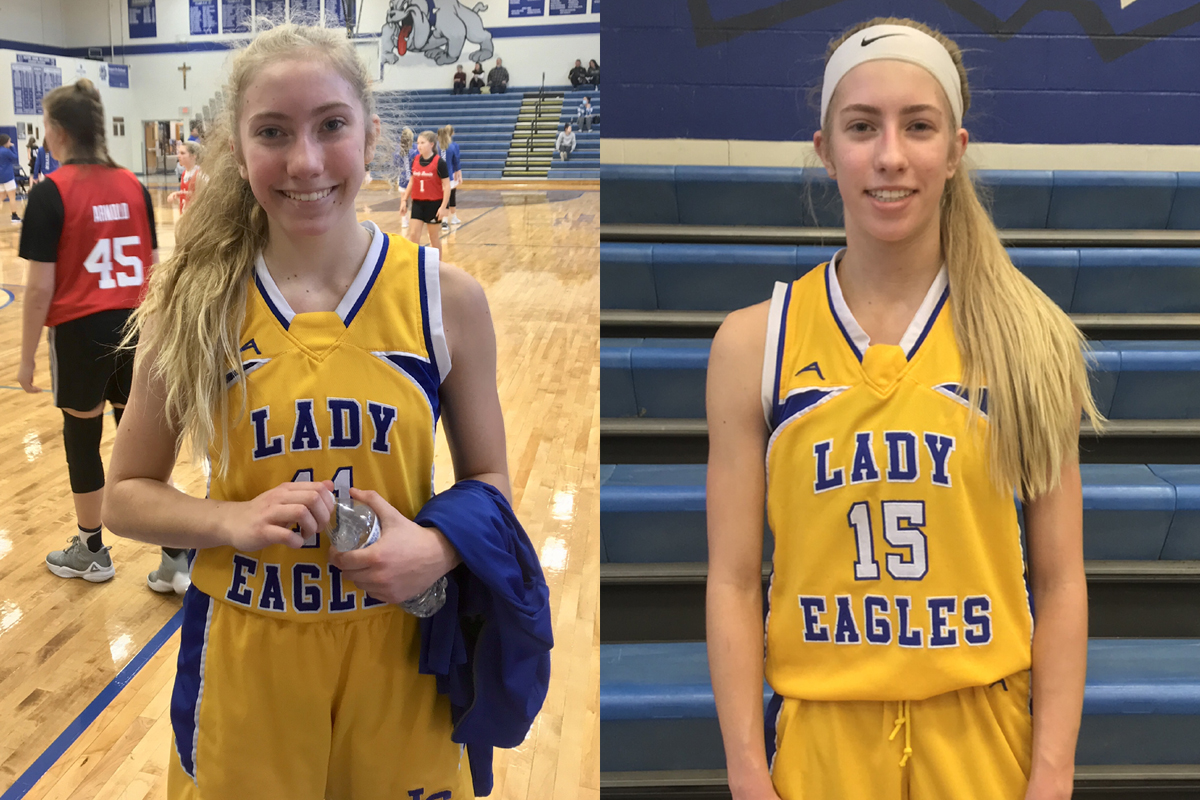 Over the weekend, the Immaculate Conception eighth grade girls basketball team proved without a shadow of a doubt why it earned the No. 1 seed in this year’s Drury Southwest Invitational hosted at Notre Dame.

The Eagles asserted their dominance over their first round and semifinal opponents by outscoring them with a combined total of 111-33. Leading the scoring attack for Immaculate Conception were The Rubel Twins — Brie and Kate Rubel — who combined for 89 points.

Kate Rubel amassed 20 points each game as she put up 29 along with having seven rebounds, five assists, three steals and two blocks in Immaculate Conception’s 53-10 win over No. 5 seed Nell Holcomb. Brie Rubel paced Kate with 14 points (6-of-7 from the field) and had six assists, four rebounds, one steal and one block.

The Eagles defense didn’t allow Nell Holcomb to score a single point in the second half as Lola Wunderlich was Immaculate Conception’s third-leading scorer with seven points. Wunderlich also had two rebounds and one steal.

To reach the Drury Southwest Invitational Championship game that will be played this Sunday, the Eagles recorded a 35-point win over No. 4 St. Augustine at 58-23. Kate Rubel led all scorers once again by producing 28 points on top of her six assists, five rebounds, five steals and one block.

Even though Kate led the game in scoring, Brie Rubel finished the contest with a double-double as she recorded 18 points and 10 steals. Brie, who scored six of her 18 points from 3-point range, also had six assists and five rebounds like Kate.

Also contributing to Immaculate Conception’s semifinal win was Sydney Essner and Kynna Johnson, who combined for eight points with four apiece. Aidyn O’Daniel tied with Brie and Kate Rubel for the most rebounds with five while also having three steals.

Two other Eagles to have strong defensive performances against St. Augustine were Wunderlich and Anna Turner as they each recorded two steals.

Up next for Immaculate Conception will be the tournament championship game at 2:30 p.m. on Sunday, where the Eagles will face No. 3 seed St. Ambrose-Chaffee, which beat No. 2 seed St. Vincent by double digits in the semifinals.

Brie and Kate Rubel helped lead their AAU team SEMO Sizzle 2026 to a 30-1 overall record this summer. Sizzle finished as one of the top-25 ranked teams in the country by GURLS Ball.

Kate Rubel earned national recognition individually as she was listed in the top 100 of her class at No. 32 by Top Spot Basketball. Only two players from Missouri were ranked higher than Kate: No. 21 Ava Miles and No. 24 Addison Bjorn, both of Kansas City. Bjorn has offers from Kansas and Louisville.