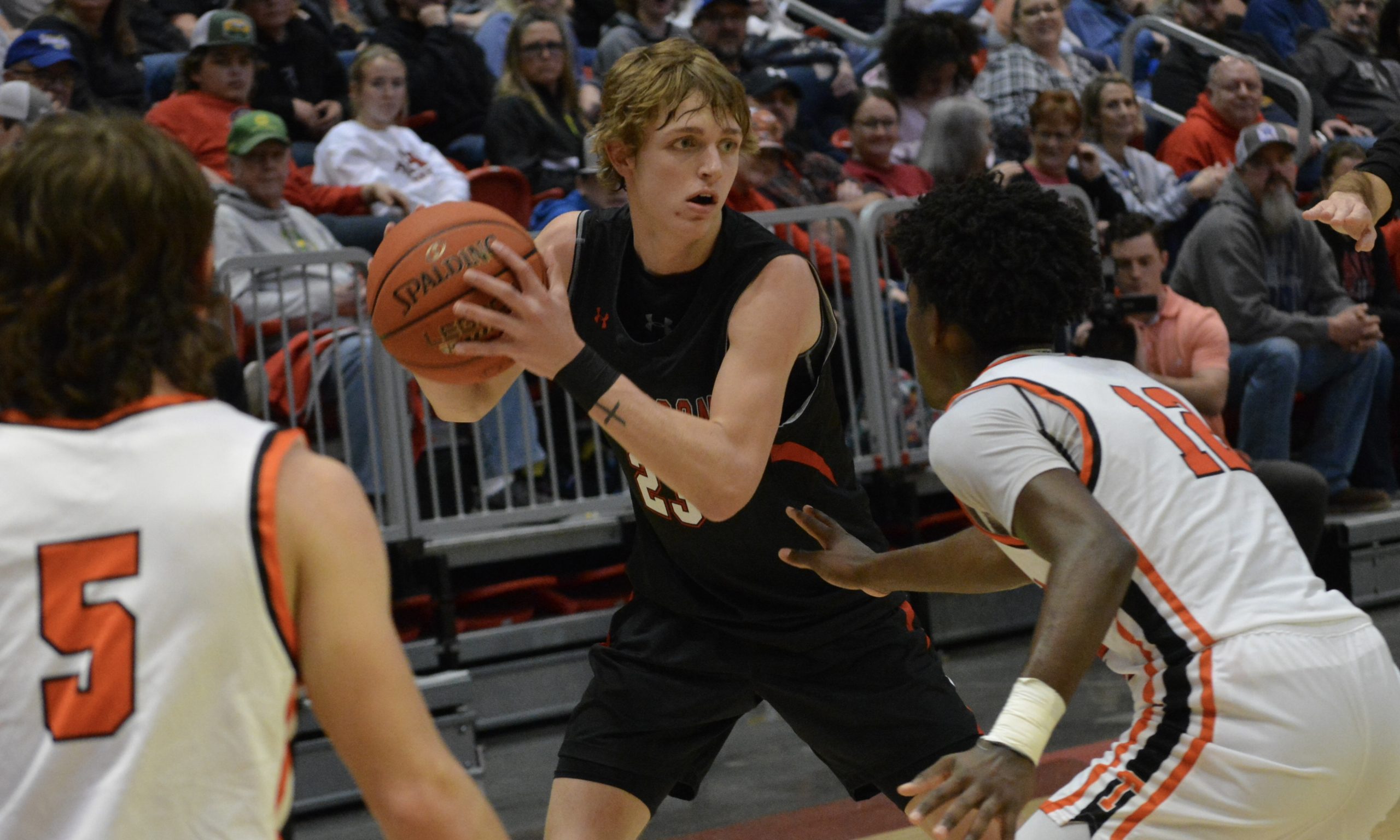 Last week, the Jackson boys basketball team advanced to its third tournament championship game of the season, but the Indians managed to fall short once again.

Even though No. 1 seeded Jackson (11-4) fell to No. 2 Westminster Christian Academy (10-5) by 15 points in the Flyers Invitational Championship game on Thursday, the Indians made it a four-point game in the fourth quarter, trailing 39-35. However, Jackson only scored one more point in the game for the Wildcats to run away with it at 51-36.

Leading the Indians scoring attack was 6-foot-4 junior guard Blayne Harris with 11 points (4-of-10) as he scored nine in the first half off three 3-pointers. Combining for 16 points with eight apiece behind Harris was the duo of 6-8 senior post Clayton Ernst (4-of-12) and 6-4 forward Judd Thoma (3-of-7).

These three were the only players for Jackson to score more than one field goal as the team’s other two starters Grant Borgfield and Kaed Windborne combined for five points off seven shot attempts.

Ernst also came up with a team-high 10 rebounds and blocked one shot, while Harris had a game-high two blocks. Thoma tied for a game-high three assists as he also had five rebounds.

As for Westminster, the Wildcats had three different players score in double figures as 6-3 senior guard Kobi Williams (5-for-14) led with 14 points. Westminster’s sophomore guard 6-1 Evan Morrison (4-for-7) and 6-2 JD Robertson (4-of-5) combined for 23 points with 13 and 10, respectively.

To reach the title game, Jackson beat tournament host Lindbergh in a 55-52 semifinal thriller as Harris and Ernst combined for 31 points with 16 and 15, respectively. Windborne also reached double-digit points as he put up 11 along with five assists.

Thoma finished as the Indians fourth-leading scorer as he produced eight points, while he also had eight rebounds to Ernst’s 10 and a team-high three steals. Judd also dished out four assists as Clayton paced he and Windborne with two.

In the first round of the tournament, Jackson defeated No. 8 seed Carnahan 74-39 as Thoma led all scorers with 19 points. Pacing him off the bench was 6-0 junior guard Steven Schneider with 14 points, and he also dished out four assists.

Harris and Ernst also produced double-digit points, of course, as Blayne scored 12 while Clayton had 11. Ernst also came down with nine rebounds in the contest.

Despite not scoring against Carnahan, Windborne still facilitated well to dish out a game-high five assists.

The Indians will now face crosstown rival Cape Central (16-0) for the third and final time this Friday night at home. The Tigers won the previous two matchups in the SEMO Conference and Christmas tournament title games by scores of 53-33 and 60-54.