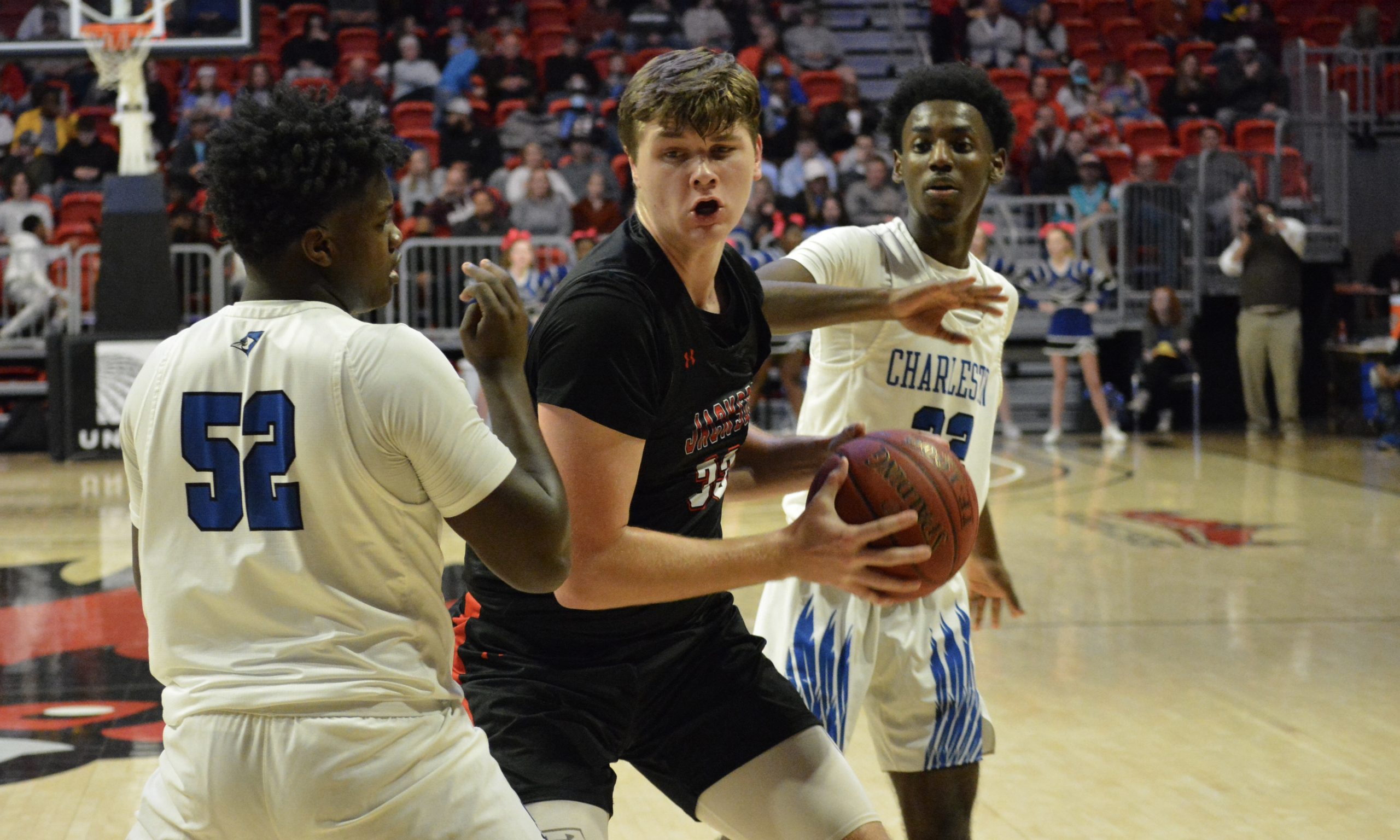 For the first time in a while, the Jackson boys basketball team will not be coached by Darrin Scott this winter. Under Scott, the Indians won eight district championships since 2010, but they recently went on a two-year dry spell while finishing with a combined record of 39-43 over the last three seasons (.475 winning percentage).

Scott stepped down from the position after Jackson fell in the district title game for the second-straight year this winter, which allowed former Indian Kory Thoma to take over as the team’s head coach.

“I was born and raised in this community and played here in the early ‘90s — I love this community,” Thoma said. “Now I’ve got four boys in the Jackson School District, so this job means a lot to me.

“This program along with all of the athletic programs here — the coaches are top notch and there’s a lot of competition. The water mark has been set pretty high to succeed here at Jackson. With Jackson being a Class 6 school, there are a lot of kids here, so the expectations are pretty high.”

While this is Thoma’s first year as a high school head coach, he is no stranger to the program coaching wise as he was previously at the helm of Jackson’s freshman and eighth grade teams. Coach Thoma also has more than 10 years of experience coaching at the AAU level.

Having risen his way up through the ranks at Jackson to now being the high school head coach has allowed Thoma to coach almost all of the players on this year’s team already.

“The kids that are on this team, I have coached for at least six, seven years, so they know who I am, and I know who they are,” Thoma said. “That makes a difference. To develop any program, the younger ranks are the roots.

As far as his philosophy goes, Thoma said that every coach wants their players to play hard, but he said his “will play hard.” If not, Coach Thoma said that’s the reason why he intends to develop plenty of depth on his roster.

“[You should have kids coming off the bench] that will want to play, so we will play hard,” Thoma said. “We’re going to run up and down the court — I like to transition, so we will play extremely well on defense.

“I’m more of a defensive minded coach because you can generate offense off your ability to play defense. That’s my philosophy because it’s the way I was taught. It’s the way I played in high school and college, so that’s what I plan on doing here.”

The Indians graduated three of their top-five scorers from last season in Nick Wasilewski, Elliot Cowell and Quinn Scott. Nick, who is now playing collegiately at Missouri Baptist (NAIA), was Jackson’s third-leading scorer with 10 points per game and collected the second-most rebounds at 5.4.

Luckily for the Indians, they will be returning not one but two Class 6 District 1 All-District and SEMO All-Conference selections in 6-foot-8 senior post Clayton Ernst and 6-4 guard Blayne Harris.

Ernst and Harris finished as Jackson’s top-two scorers by averaging 11.4 and 10.9 points, respectively. Clayton led the way in rebounds with 6.5 per game as Blayne was third on Jackson at 3.1 along with 1.8 assists each contest.

Last winter was the second season in a row where Ernst averaged double-digits and led the Indians in rebounds.

“Clayton is a leader — he knows he’s a senior this year and knows his talent level,” Coach Thoma said. “He also knows the skilled players around him, and he’s a very unselfish player — almost to the point where I’d wish he’d be less unselfish.

“I think Clayton is a huge and valuable tool to our team this year, but his leadership ability has been top notch so far. He has a solid chance of potentially making all-state — it depends on how we continue to bond together. There aren’t too many 6-8 guys walking around the state of Missouri as skilled as Clayton.”

One of the assistant coaches Thoma brought on this season is former Southeast Missouri State player Luther Bonds, who is 6-7. Bonds has been working with Ernst on his skill set to make Clayton that all-state caliber player Coach Thoma knows he can be.

“It takes time, but Clayton does have a lot of experience, which is nice,” Thoma said. “Any kid needs to work on their skills, especially in high school. We’re working on it and it’s been showing up in practice. Improvements are hopefully coming pretty soon.”

Along with being one of Jackson’s top scorers, rebounders and passers as a sophomore last season, Harris shot 31.3% from 3-point range, which was second among players with at least double-digit attempts.

“Blayne has one of the best basketball IQs I’ve ever coached — he’s kind of like a coach on the floor,” Coach Thoma said. “I prided my own self trying to be that kind of player, and I see a lot of that in Blayne. Basketball IQ is hard to teach — where the next pass is going to go and just his anticipation — that kid has got it and is set for a really good year with us.”

Two other key returners for Jackson this season will be 6-0 senior guard Kaed Winborne and 6-4 junior forward Judd Thoma, who each played in at least 25 games last season. Judd also happens to be Coach Thoma’s nephew.

Thoma finished with 3.9 points per game off a 47.7 shooting percentage, while Winborne was third in assists at two per game along with averaging 3.5 points and one steal.

“Winborne started at point guard most of the games last year,” Coach Thoma said. “Judd is a strong individual who can play the two spot all the way to the five spot. He’s very versatile, and I’m really looking for him to have a nice year.

“He’s a really hard guard, which means teams will have problems guarding him. You throw Judd in with Harris and Ernst, that’s just another big weapon.”

Outside of these four, Coach Thoma believes he has eight more players who can play valuable minutes this season. There are four more seniors on the roster outside of Ernst and Win-borne in 6-1 guard Grant Borgfield, 5-11 guard Isaiah Davis, 6-0 guard Steven Schneider and 6-4 forward Luke Tally.

“We’ve been in the weight room a lot and [Windborne, Borgfield and Schneider] have gotten a lot stronger this summer,” Coach Thoma. “I’ve coached Luke for a long time, and he’s a very talented basketball player. He’s been swimming, so he wasn’t with me this summer. I’m looking for him to also serve a vital role.

Also stepping up for the Indians will be players like juniors 5-11 guard Braedon Thoma, who is one of Coach Thoma’s son, and forwards 6-4 Gavin Holdman and 6-2 Keegan Stutzman.

Coach Thoma is rather excited about a player like Holdman, whom he described as a human pogo stick that can jump out of the gym.

“We’ve been trying to put some weight on him since he’s a little thin, but he’s been working his butt off in the weight room for the last six months,” Thoma said. “I think you’re going to be surprised when you see him on the court.”

Coach Thoma also seeds an underclassman like 6-4 sophomore guard Kole Deck contributing in a big way. He is a player who “goes at it” with Harris everyday in practice and has a similar skill set.

“We are deep and that’s why we’ll try to transition so much up and down the court because we have the ability to,” Thoma said. “I could play my first five against my second five, and to be honest there’s not much of a difference — it’s that good, so we’re pretty solid.”