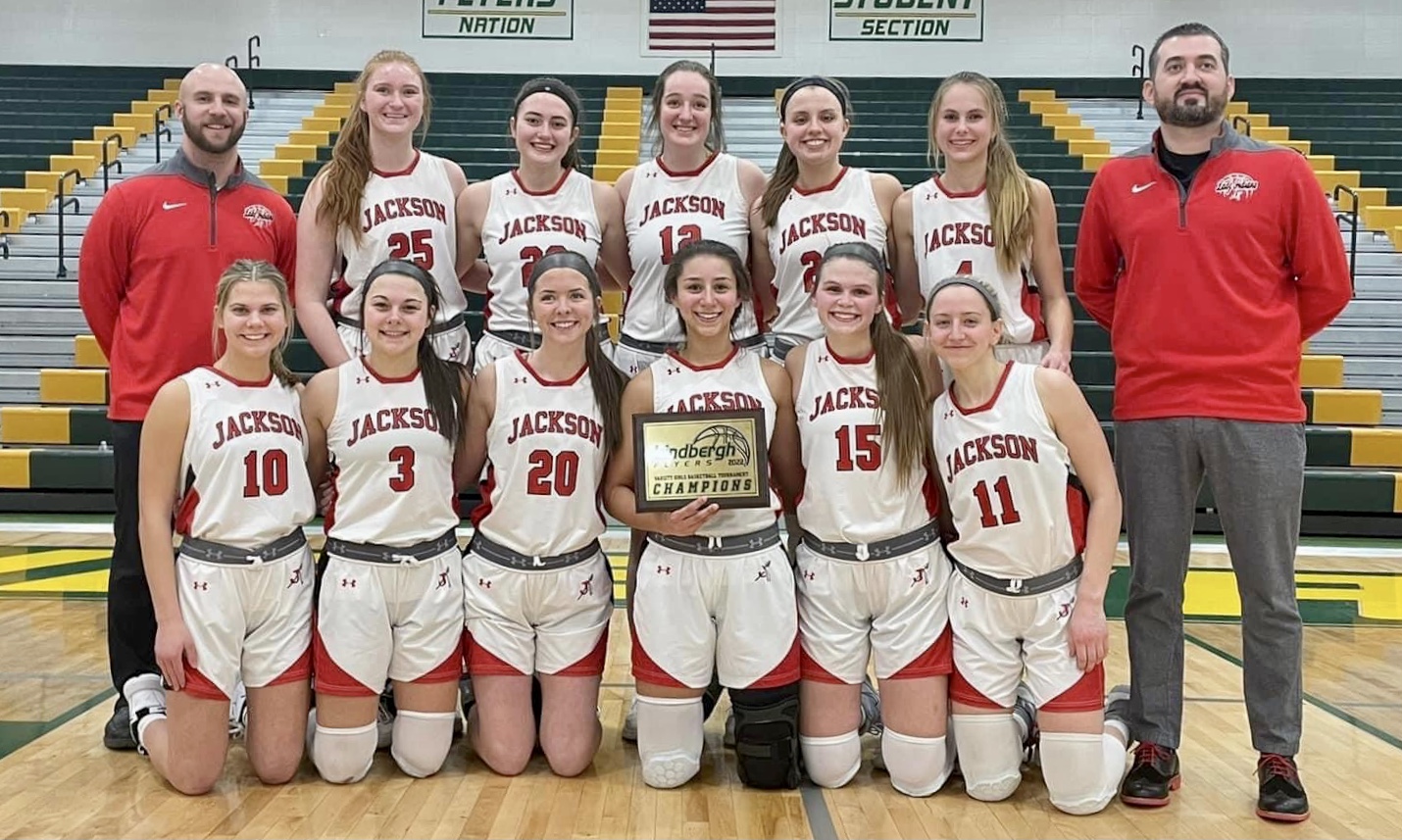 For the first time since the 2016-17 season, the Jackson girls basketball was able to win the Lindbergh Invitational as the No. 3 seeded Indians beat No. 5 Francis Howell convincingly in the championship game.

This was also Jackson’s first time winning a tournament championship this season after taking second in the SEMO Conference and third in the First State Community Bank Holiday Classic.

After the Indians and Vikings pulled off upsets in the semifinals, Jackson proved to be the better team with a 48-36 win over Francis Howell for the championship.

“I was really happy when we were finished with the tournament because it was such a team effort,” Jackson first-year head coach Adam Stoneking said. “It wasn’t just one person carrying us every night — it took a few people every game to make some big plays.

Defensively, Jackson only allowed Francis Howell’s leading scorer senior Libby Brewster, who is top five in the St. Louis area for scoring with 20-plus points per game, to just five points. Primarily guarding Brewster for Jackson was Guilliams and junior guard Maci Wendel.

Much like the title game against Francis Howell, key contributions from multiple players was the key for Jackson to take the tournament.

“We had about a four or five-point lead throughout the whole game. When I talk about different players stepping up, Maci and Holland had Brewster all night in the box-and-one, and we held her to five points. They really shut her down.”

This was certainly the case against No. 2 seed MICDS, which the Indians were only able to defeat by two points at 41-39. Jackson was able to pull off the upset after being down by seven points with under two minutes left in regulation.

McClellan led the Indians in scoring once again as she produced 17 points and knocked down five 3-pointers versus the Rams. Waller finished with 11 points behind McClellan, while Link added seven.

“We knew MICDS had some kids that could play. We knew they were going to bother us on the boards with their size,” Coach Stoneking said. “We could never get going in that game offensively or defensively. … We full-court pressed them and set some half-court traps at the end of the game.

“We tied it with 30 seconds left and they were trying to run the clock out. Maci jumped a pass and goes down and makes a contested layup to go up two with six seconds left. We really had no business winning that game,” he laughed.

In the quarterfinals, Jackson beat No. 6 Lindbergh 54-47 as McClellan and Waller combined for 33 points with 17 and 16, respectively. Jo had another five 3-pointer game versus the Flyers, while Waller hit two threes of her own. Guilliams finished as the Indians third-leading scorer once again as she put up nine points.

“Lindbergh may be the No. 2 seed in our district if we can beat them we’re the No. 1. Obviously you want to set the tone for the future as well, and they were tough to prepare for,” Stoneking said. “Their best player has been out, and they’ve had some other kids out, but they were healthy for that game. It took us a little while to figure out how we were going to play them.”