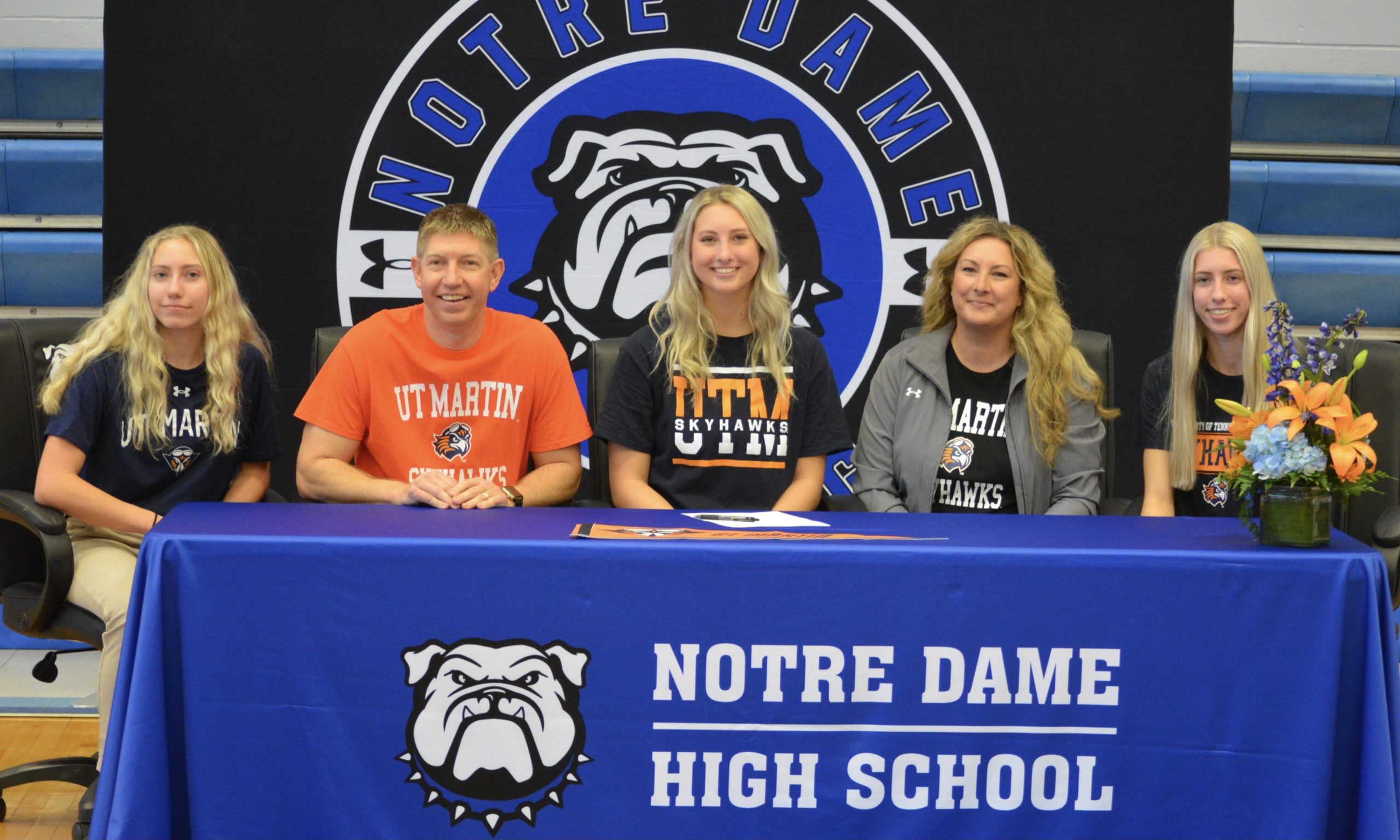 Basketball has always been a significant part of Tori Rubel’s life, and it’s not going anywhere anytime soon as the Notre Dame standout inked with UT Martin on National Signing Day last Wednesday.

Signing with the Skyhawks was not only a validation to the amount of work she’s put in over the years and the type of unique, high-caliber player she is, but Tori simply can continue doing what she loves.

“Basketball doesn’t just end with high school — it used to just be a sport I played,” Rubel said. “Slowly as I’ve been on more teams like SEMO Sizzle, I’ve really developed a bond with all of those girls. I think the people made me love the game, and I look forward to most practices. I love the game now — it’s just fun.”

It shouldn’t come as a surprise that Tori’s life has been dedicated to basketball since a lot of her family members played in high school and or college. Rubel’s parents were both 1,000-point scorers in high school as her father Matt (Notre Dame) played in college at Maryville, while her mother Michele helped Jackson reach three-straight final four and was a three-time all-state selection.

Tori’s aunts Ashley Millham and Lisa Nice led Notre Dame to win its first and only state championship in 2002, and they continued their basketball careers at Central Missouri. Another one of Tori’s aunts Christa Turner, who played with Michele at Jackson, was a D-I player herself at New Mexico State and Mizzou.

“I’m really happy that I can be included with them because whenever you hear the name ‘Rubel,’ you think of basketball,” Rubel said. “When my mom was a Millham, she was really good at basketball and all of her sisters were, too. Then my dad and his brothers were really big in basketball. To continue that legacy and make them all proud means a lot.” 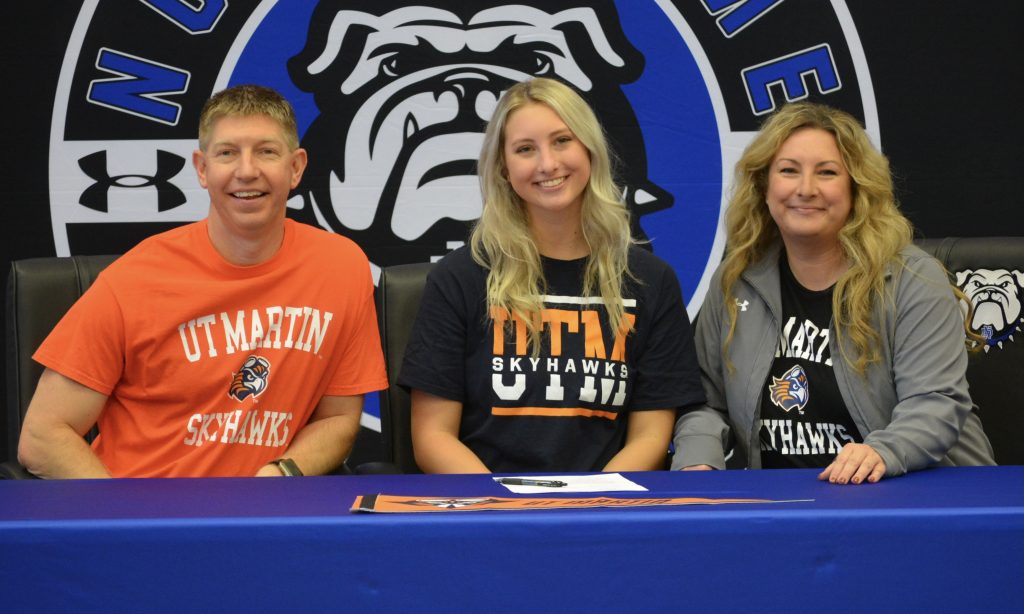 Tori is excited to play for a UT Martin program that has won 10 Ohio Valley Conference Championships and also made four NCAA Tournament appearances, but she’s certainly no stranger to competing at a high level. Back when she was in first grade, Rubel played up two grade levels with her older sister and Skyhawks freshman Lexi Rubel when they were inaugural members of SEMO Sizzle in 2012.

Playing for their family-run AAU team SEMO Sizzle allowed Tori and Lexi to play on the national stage against some of the best competition in the United States. Multiple colleges recruited them both during their final AAU season together as several D-I schools were still after Tori until she committed to UT Martin in April.

Along with that, these two led Notre Dame to the Class 4 Final Four when Tori was a freshman in 2020, but they weren’t able to compete for a state title since MSHSAA canceled the Class 4 and 5 state finals due to the coronavirus pandemic.

“It’s really exciting to know that I get to play with Lexi again,” Rubel said. “I’ve played with her since I was in first grade and she was in second, and she really pushes me to be the best. [My little sisters] Kate and Brie also do that, but I know being a freshman next year is going to be scary, and I’m gonna not know what to expect. It’s comforting knowing that she’s going to be there to help and guide me, and I get to play with her again!”

This past summer, Tori was going to play for current WNBA player Napheesa Collier’s AAU team Phee Elite based in St. Louis, but she had to miss her final AAU season due to a shoulder injury that required surgery back in March. Phee Elite won the Run 4 Roses Elite 40 Championship game that was nationally televised on ESPN July 8.

Rubel has made a full recovery from her shoulder injury, though, and most recently helped the Notre Dame volleyball team win its second-straight district championship this fall. As one of the Bulldogs top front-row players, Tori was named to the all-conference and all-district teams for the second year in a row.

“[Despite not playing basketball this summer], overall I feel like I’ve gotten stronger as I’ve grown into my body,” Rubel said. “With that, I’m able to get tighter handles and learn to control my body better. I feel like I’ve really grown as a shooter, and I’m more comfortable shooting beyond the 3-point line or just driving to the basket. During my freshman year or in eighth grade, I would usually just pass the ball, but I feel like I’m more confident in myself as a player.”

The three-time all-district and two-time all-conference selection has more than proven herself as arguably the best player in Southeast Missouri over the past three seasons. Most players in the area who are the same height as Rubel, who is 6-foot-1, primarily play in the post, but that’s not the case with Tori.

Even though she will sometimes play in the post this winter because of her height and skill set, Tori is, in fact, a guard. This is due to her eye-opening athleticism and elite abilities as a shooter, passer and dribbler while also being a phenomenal defender and rebounder. 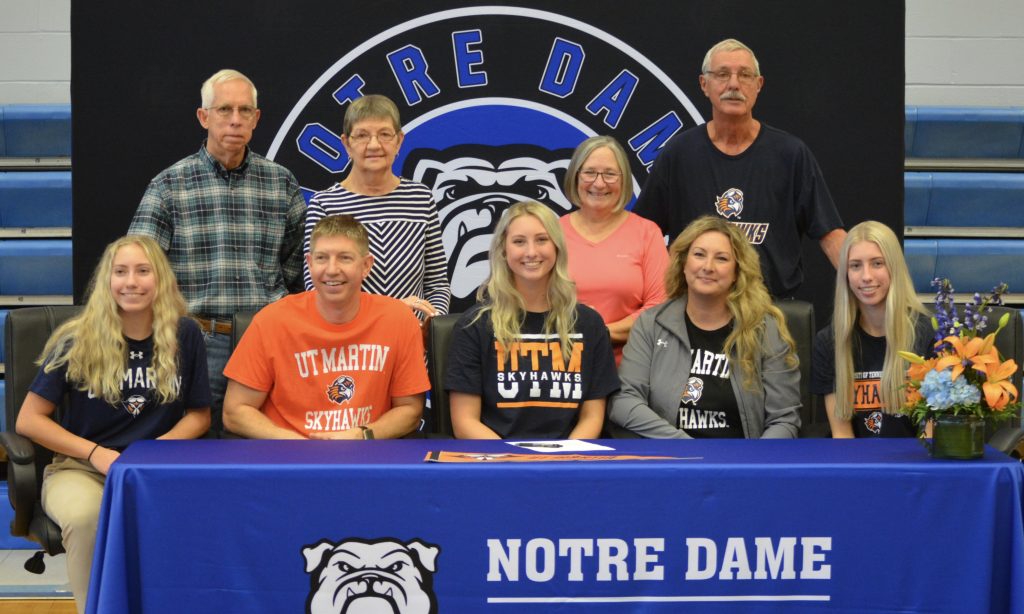 “Everyone tells me I’m really athletic, so I think that helps [me be a guard],” Rubel laughed. “I’ve always loved shooting, so being a post you don’t really shoot a lot of threes. I feel like loving shooting and really working on shooting helps as well as getting mid-range shots up and driving to the basket.

“Whenever I was younger, I wasn’t really strong — I was like skin and bones — so if I was put in the post, I was pushed around. Now as I’ve gotten stronger, I’m getting used to it. However, I like to play super fast, run up and down the court and get wide-open layups or pass the ball to my teammate for one.”

One of the reasons why Tori is such a good passer is because she said her dad has always harped on her to make good, strong passes as well as extra ones to turn a good shot into a great shot. Rubel said she always keeps this advice in the back of her mind, which helps when she’s stuck trying to score against the defense.

As mentioned, Tori is a standout player on the defensive end due to her athleticism, height and length. She’s most of the time able to cover an entire half of the court to close out on shooters as well as deflect passes, come up with quick steals and block shot attempts.

“Well, I’m really long, so that helps,” Rubel joked. “I’m going to have to work on my foot work a lot this year because of my shoulder surgery, so it’s a little slower than usual. My foot speed used to be really good, and I’m going to work on getting it back to that level. If you give effort, you’re going to do well. If I do that then I can get from one side of the court to the other — I just have to want it.”

According to nationally-recruited website Prep Girls Hoops, Tori is the third-best player in Missouri’s Class of 2023. The only two players ranked ahead of Rubel are Incarnate Word’s Natalie Potts and Grain Valley’s Grace Slaughter, who will play collegiately for Nebraska and Missouri, respectively. Slaughter is also ranked in ESPN’s Top 100 at No. 53.

“There are very, very, very few things that Tori isn’t good at on the basketball court,” Notre Dame basketball head coach Kirk Boeller said. “She’s trying to perfect every single aspect of the game, and she’s done a pretty dang good job. There’s no telling what she can do at the next level because she’s got the tools to go in there and make some noise.”

Following her basketball career, Rubel is currently looking at becoming a pediatric orthodontist. She’s also keeping her eyes open towards a career as a physical therapist or orthopedic surgeon. 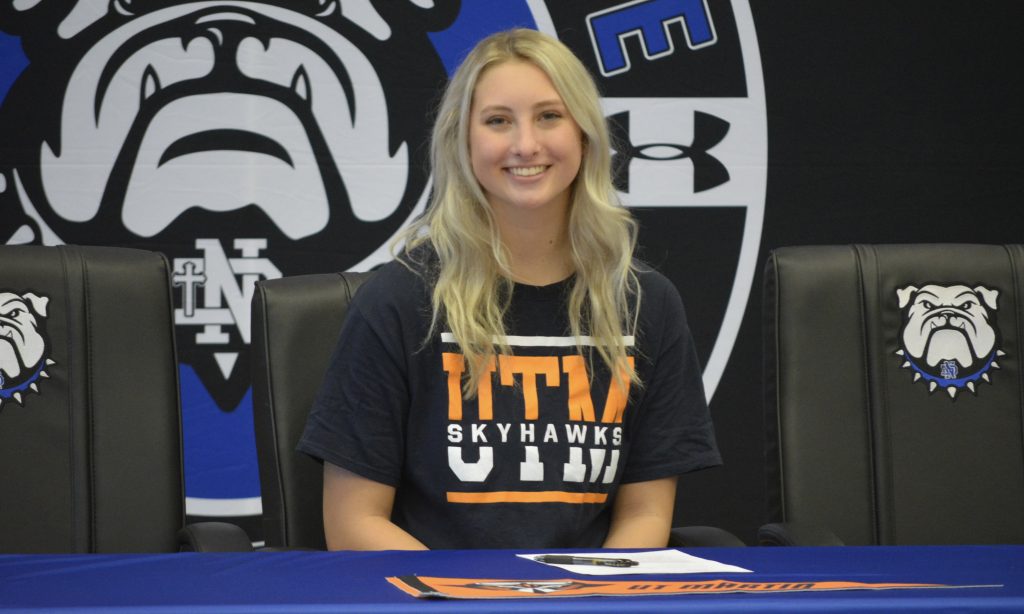