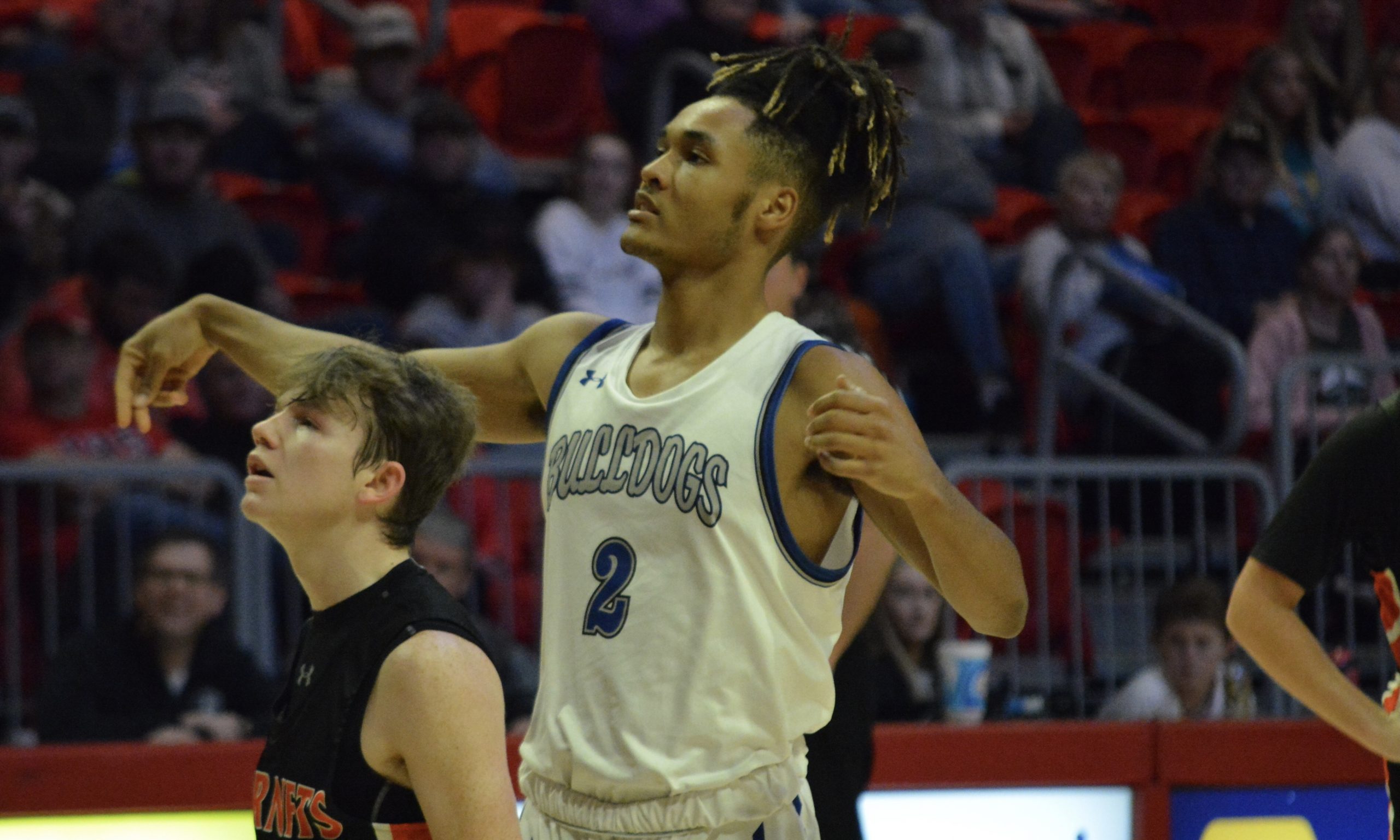 It has now been two seasons since the Notre Dame boys basketball team won a district championship, but the Bulldogs could be primed to break that drought this winter.

Even though Notre Dame graduated three of its top-five scorers from last year including the top two, head coach Paul Unterreiner is excited about the players he returns.

The top player the Bulldogs graduated from last season was Quin Hunter, who garnered both SEMO All-Conference and Class 4 District 1 All-District accolades. He nearly averaged a double-double for Notre Dame with an average of 19.8 points and 9.2 rebounds per game.

“Our senior leadership is really good this year,” Coach Unterreiner said. “Ultimately, I’m super pleased with our whole program. From summer and to preseason workouts, the improvements that each one of our kids have made over the last six months has probably been the best improvement we’ve had in a group since I’ve been here. Across the board there’s been complete buy-in and showing up and doing what they need to do to get better.”

One of the Bulldogs senior leaders this season is track and field standout 6-foot-3 senior forward Greg Dennis, who finished as the team’s third-leading scorer with 6.1 points per game last winter. Dennis was also second in rebounds with 4.9 boards per game, while also coming up with 1.4 deflections and 1.2 steals.

In track last spring, Dennis brought home not one but two all-state medals in the 110-meter hurdles and high jump. Coach Unterreiner is expecting a big senior year out of a player like Dennis by saying, “We go as far as Greg goes.”

“We talk about players that shoot, holler and baller, that’s what Greg does,” Unterreiner said. “It’s a lot like with Quin last year because when he puts the ball up on the rim, he’s not just banking on it going in. He’s going to keep going and that’s something that really helps us out because he does a tremendous job on the offensive glass.”

Another key returner for Notre Dame’s senior class will be 6-4 senior post Brock Clippard, who played in all but one game last season. Fellow senior 6-1 guard Reece Callow is also set to have a bigger year after averaging 4.4 points while also averaging one 3-pointer per contest.

“I don’t think Brock had the season he wanted last year, so he’s worked really hard and has improved,” Coach Unterreiner said. “I told him after our jamboree, ‘You wouldn’t have done that last year. I need you to know that I see you’re a different player this year.

“It’s the same thing with Reece Callow. Ever since the preseason started, he’s been locked in and is just a good teammate who talks to the underclassmen. We have a lot of underclassmen coming up that they’re going to be playing with, so he’s really been supporting them.

“Reece is known as a shooter, but he’ll pass up on shots to get it to a sophomore to knock it down. That’s the type of stuff with Reece that I’m reallly proud of.”

Bulldogs 6-6 forward Wil Morgan is also going to factor into the team after not playing the last two years. However, he was excited to join the team once again after Coach Unterreiner said he grew an entire foot.

“He’s an athlete, and I’m curious to see what I can get from a guy who hasn’t played organized basketball in two years,” Unterreiner said. “You never know how quickly they can come back and a lot of times it can be quicker than normal. By Christmas, I might have a 6-6 guy that can give us really good minutes.”

Notre Dame 6-4 sophomore forward Will Henry Steward is going to be another big key for the Bulldogs this season.

As a freshman, Henry Steward finished fourth in scoring with 5.9 points per game while also collecting 3.2 rebounds and making 34.3% of his 3-point attempts.

“Will Henry is kind of a matter of how far can he come and how quickly can he come from his injury,” Coach Unterreiner said. “He’s not going to be the player he was before his ACL because that’s going to take time. … He doesn’t score as much, but his IQ and vision is at a higher level than a lot of our guys.”

Fellow sophomore 5-8 guard Logan Landewee will be another underclassmen who will have a significant impact on the team. Unterreiner will have Landewee take over as his starting point guard, and even though Paul knows there will be ups and downs with a sophomore at point guard, he’s excited about what the outcome should be.

“Logan Landewee is going to be our point guard, and ultimately he’s a kid that wants it,” Coach Unterreiner said. “You give it to him, and he’ll own up to his mistakes and try to get better. He’s a tremendous little player for us to really guard.”