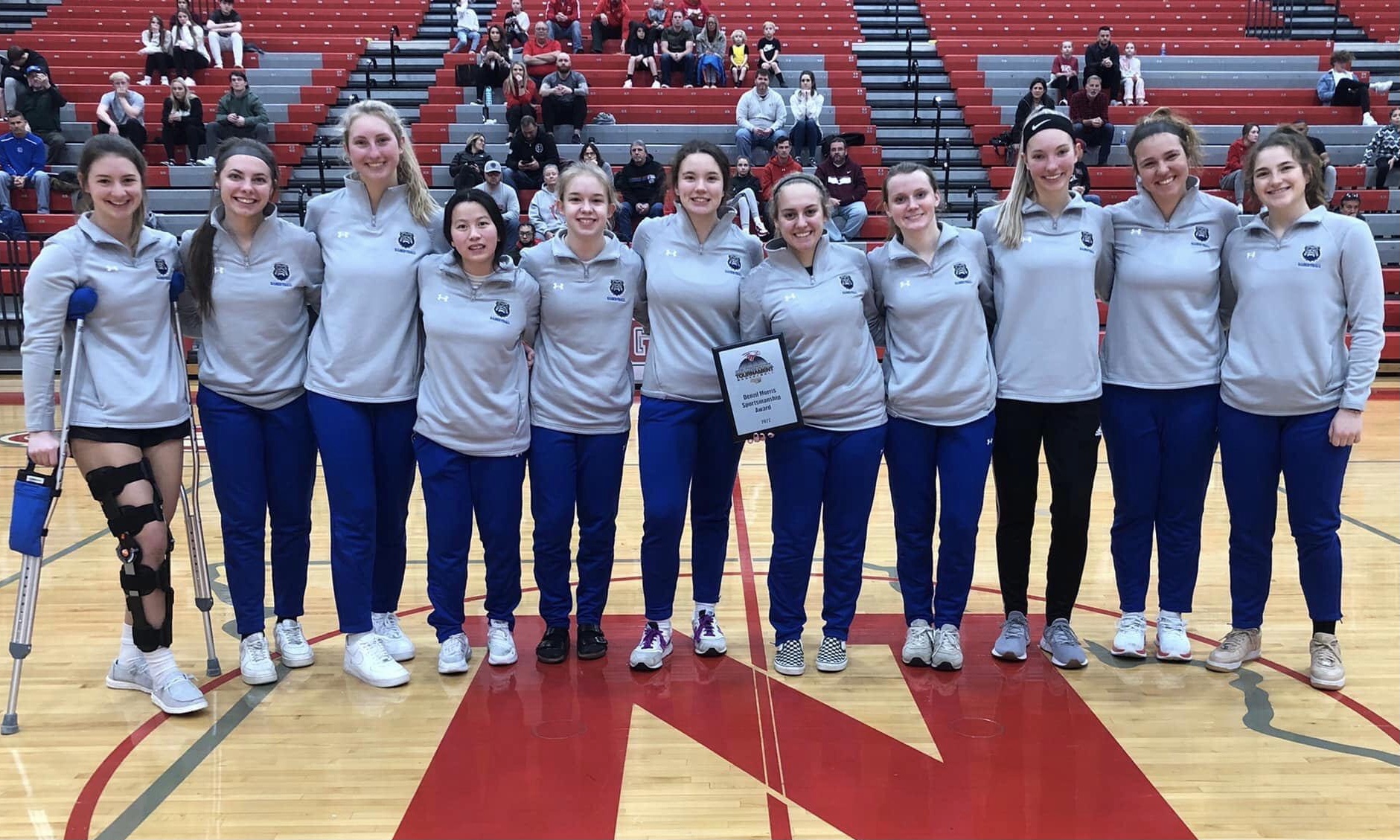 After taking fourth place in the Nixa Invitational Tournament this past weekend, the Notre Dame girls basketball team became the first team to ever receive the Denzil Morris Sportsmanship Award on Saturday.

The award is a special recognition to honor one team at the Nixa Invitational Tournament that exhibits excellent sportsmanship like Morris did, who was a special part of the Nixa community for more than 40 years.

Notre Dame led the Statesmen for a majority of the game until Webster Groves made a comeback fueled by Kansas State signee senior forward Eliza Maupin’s game-high 18 points.

The Bulldogs had two players in double figures as junior guards Jenna Givens and Anna Garner combined for 26 with 14 and 12, respectively, as Givens knocked down four 3-pointers. Garner and Gives also each came up with four steals apiece on the defensive end.

Notre Dame’s next leading scorer junior guard Tori Rubel only had five points, though, but she did come down with five rebounds and recorded multiple deflections leading to turnovers.

Rubel’s older sister and the Bulldogs leading scorer senior guard Lexi Rubel only had four points against Webster Groves, but she did collect a game-high 15 rebounds and dished out five assists in the losing effort.

If the Bulldogs are able to win a fourth-straight district championship this season, they could very well see Webster Groves again in the quarterfinals with a trip to the Class 5 Final Four on the line.

Notre Dame started out the Nixa Invitational with a 48-45 overtime win over Class 6 No. 10 Republic (10-5), where Lexi Rubel had arguably the best game of her high school. The UT Martin signee did so by tying her career-high scoring total of 29 points and recording a career-high 24 rebounds, while also having four steals, two assists and one block.

Tori Rubel and senior forward Sydney Seabaugh played vital roles on the defensive end against Republic as they each came up with three steals. Tori also dished out three assists and hit a three in the win.

After that thrilling victory, Notre Dame ended up falling to the eventual Nixa Invitational Champions and Class 5 No. 2 West Plains (15-2) 54-27 in the semifinals. The Bulldogs turned the ball over 16 times and only had a total of 28 shot attempts (made 32.1%) as a team.

West Plains went on to defeat tournament host and Class 6 No. 5 Nixa (13-4) 59-47 as Judd led with 23 points, while sophomore Allyssa Joyner paced her with 22. Nixa beat Webster Groves 68-61 in their respective championship semifinal.