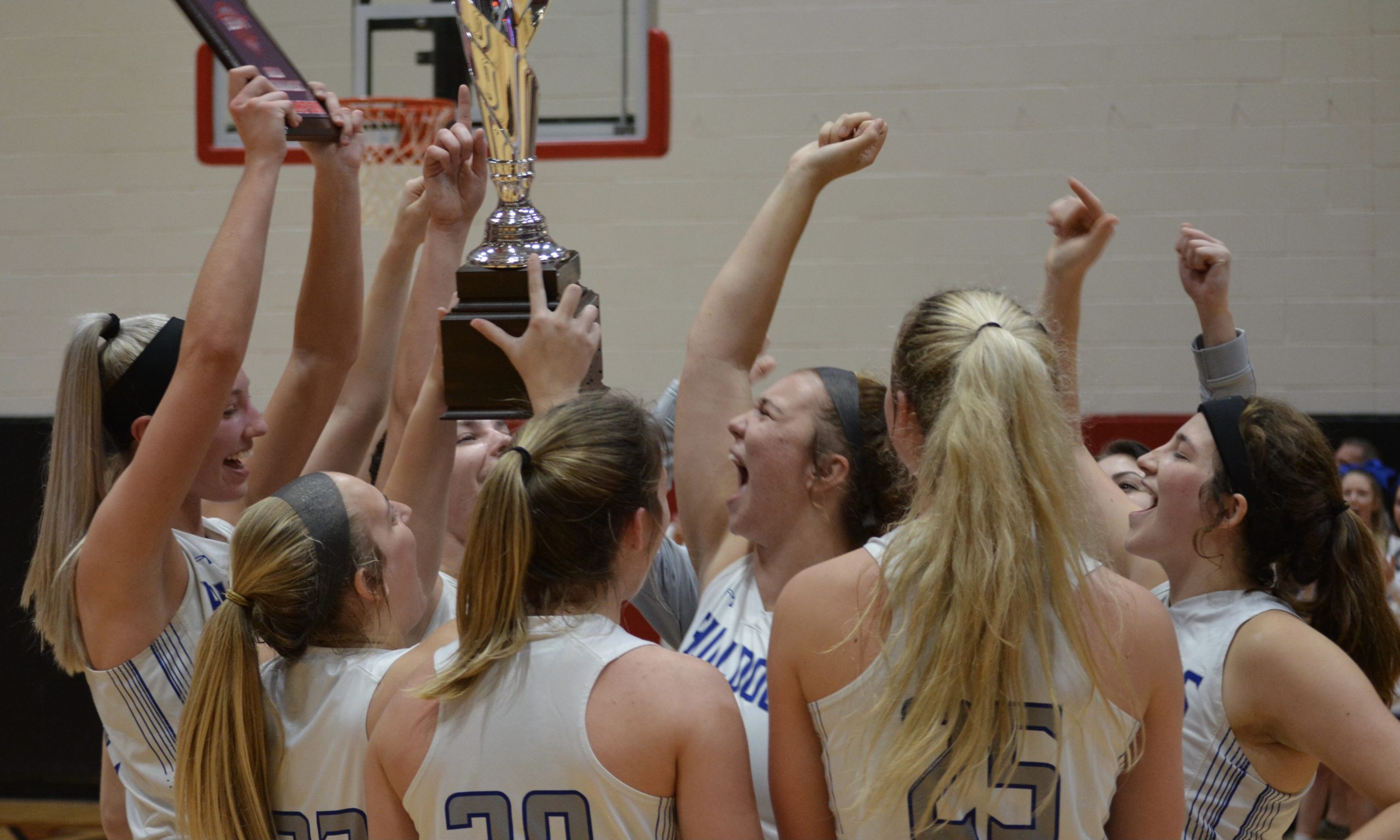 For the first time in SEMO Conference girls basketball history, there is now a three-time conference tournament champion — Notre Dame. Winning this historic, third-straight title was not as easy of a task like it had been for the Bulldogs the last two seasons, though.

No. 1 seeded Notre Dame ended up facing No. 2 Jackson for the SEMO Conference Tournament Championship a third-consecutive time last Thursday night at the Event Center. The Bulldogs beat the Indians by double digits in the previous two title games (52-34 in 2019-20 and 46-33 in 20-21), but they were only able to win by one point this time around.

However, this didn’t mean that Notre Dame wasn’t able to control things for most of the contest as the Bulldogs held not one but four 10-point leads throughout the game. Notre Dame’s final double-digit spread came in the third quarter, but the team was also able to take a 9-point lead in the fourth.

Taking over in crunch time for the Bulldogs was their two-time all-state selection senior guard Lexi Rubel, who only scored two points in the first half. In the fourth quarter, Rubel recorded eight of her 14 team-high points as she also finished the game with 11 rebounds for a double-double on top of her six assists and six steals.

“We’ve played Jackson about four or five times in the last three years for big games like this, so we knew both teams were going to come out and play as hard as they could,” Rubel said. “It’s at Jackson, so obviously they were going to bring a good crowd. The atmosphere is just a really fun environment to play in.”

Before Rubel’s big fourth quarter, she had two personal fouls in the first and ended the game with four. Fellow Bulldog seniors forward Sarah Brennan and Leah Jansen also had four fouls, which resulted in the Indians scoring 14 points on their 17 attempts from the free-throw line.

“Lexi goes out in the first quarter and we have to hold her because we can’t get her three fouls early, or I’d be fired on the spot,” Notre Dame head coach Kirk Boeller joked. “When she decides it’s time, she takes over. She’s just that calming presence on the court for us.”

The UT Martin signee gave Notre Dame a 48-39 lead over Jackson with less than five minutes left in the game after converting a 3-point play after drawing a foul on a lay-in for the and-1 opportunity. Rubel scored one more bucket in the contest to make it 50-43, but the late-game heroics by Indians junior guard Katie Waller made it all-too-close of a contest.

On top of not missing a free throw (9-for-9) and recording her second 20-point game of the young season, Waller hit two unanswered 3-pointers following Rubel’s score with the final being a half-court, buzzer-beater. However, Waller’s back-to-back triples weren’t enough to overcome a Bulldogs team that hit eight overall triples and had 15 total steals.

Pacing Rubel in steals were the likes of fellow multiple-year starters Jansen and junior guard Tori Rubel, who each came away with three takeaways versus the Indians. Jansen ended up finishing as Notre Dame’s second-leading scorer by pacing Lexi Rubel with 12 points while also hitting a 3-pointer.

As for Tori Rubel, she scored five points, dished out three assists and hit one of her team’s six triples in the first half, but it was on the defensive side of the ball where she proved to be the difference the Bulldogs needed to secure their third-straight conference tournament championship. Tori blocked a game-high two shots along with her three steals while making multiple deflections and hauling in four rebounds. 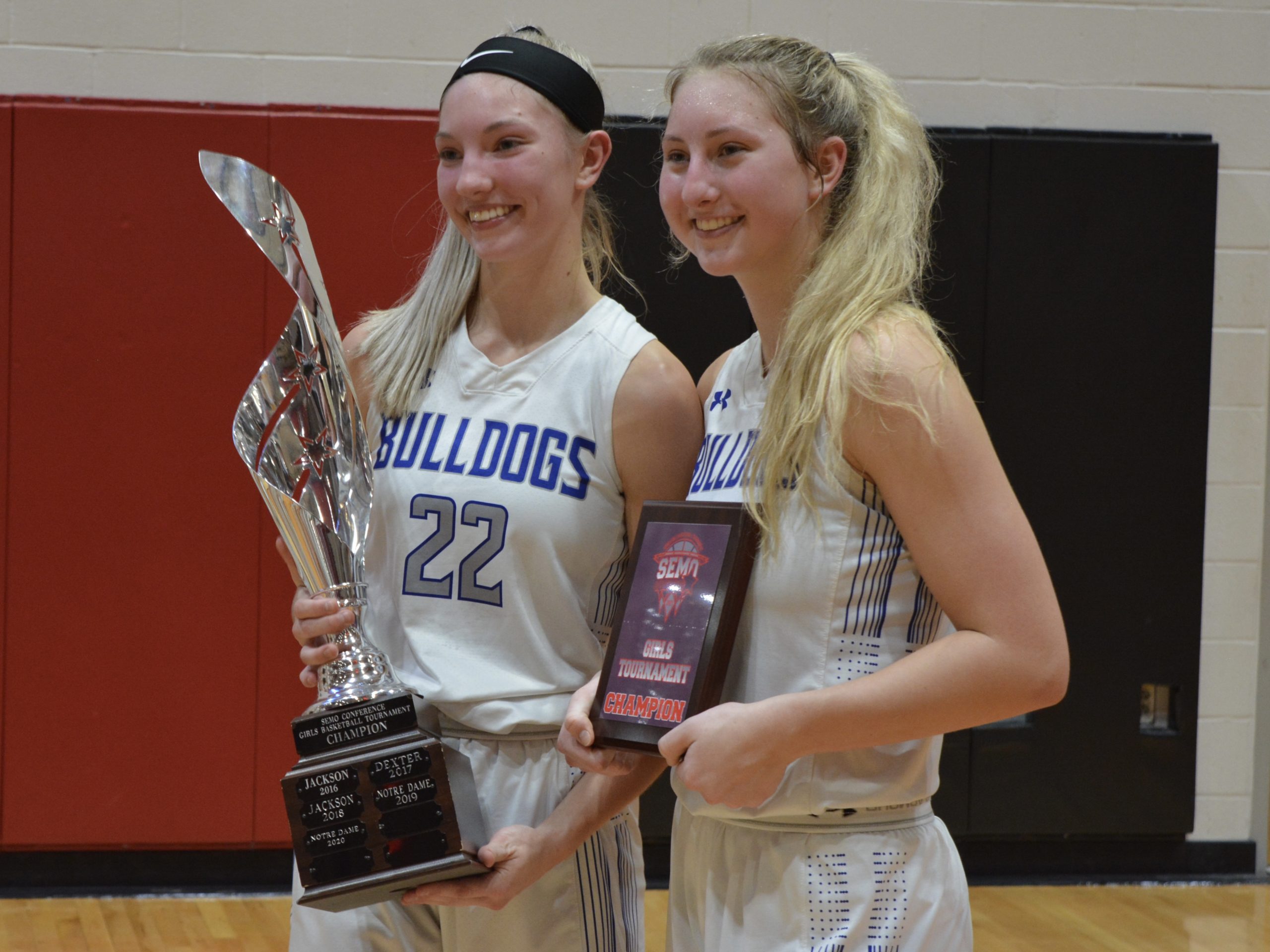 Outside of Waller’s 23-point performance for Jackson, junior forward Kamryn Link also reached double figures with 14 points of her own. The Indians third-leading scorer was senior guard Jordyn “Jo” McClellan as she finished with eight points and hit two 3-pointers behind Waller’s three treys.

Only one other player for Jackson scored outside of Waller, Link and McClellan as sophomore guard Holland Guilliams finished with four points compared to Notre Dame having scoring contributions from seven different players for a 50-49 win.

Both Tori and Lexi Rubel came up with key defensive stops down the stretch in the fourth quarter to prevent Jackson from having anymore scoring opportunities than they did.

Filling the stat sheet was something Tori Rubel did throughout the entire tournament as she recorded 10 points (3-of-4 from the field), four rebounds, four steals (game-high), three assists and one blocked shot in a 50-28 quarterfinal win over No. 8 seed Saxony Lutheran on day one. Rubel only had three points (1-of-4) in the Bulldogs 56-19 victory against No. 5 Dexter in the semifinals, but she once again led the game in steals with four and also had four rebounds, three assists and one block.

Notre Dame winning this tournament proved that they don’t have to solely rely on The Rubel Duo for scoring since Lexi and Tori each only had one 10-plus point game through three contests. The Bulldogs have been able to rely on players like Jansen and first-year starter junior guard Jenna Givens to produce plenty of buckets.

“It takes the pressure off Lexi and Tori. Not just the pressure of, ‘Oh my gosh, I have to be the one,’” Boeller said. “Girls on other teams are now going to guard other players because everybody can shoot. It takes some of the physical, defensive pressure off both of them.”

Prior to the championship game, Jansen had another double-digit outing with 11 points in the semifinals versus Dexter while having three steals and hitting one triple.

Givens knocked down a total of 12 3-pointers in this year’s SEMO Conference Tournament, and she led Notre Dame in scoring for its first two games with a career-high 19 points (five threes) versus Dexter and 14 (four threes) against Saxony. She then hit three of her team’s eight triples in the championship win over Jackson.

“Every single one of them is unselfish. They all get just as excited scoring as they do watching a teammate score,” Coach Boeller said. “We wouldn’t be a talented team if that weren’t the case. Givens is already a spark and this was a fun week to watch her come out and shoot it. She saw minutes last year, and I think she’s ready to be a big part of the team now.”

Other fellow Bulldogs like senior forward Sydney Seabaugh and junior guard Anna Garner also each had a multiple 3-pointers made outing in the conference tournament. Seabaugh went 3-for-3 from beyond the arc against Dexter, while Garner went 2-of-3 versus the Indians.

“I feel really confident in my teammates — I’m just confident I can give them the ball and they’re going to knock down shots,” Lexi said. “This is one of the most versatile teams we’ve had in a long time. The offense we play really complements our playing style. We have so many players who can take it to the hole at any given moment and can knock down threes at any given moment.”

In the Indians 53-49 win over Sikeston in the semifinals, Waller scored a career-high 28 points and hit three 3-pointers while finishing 9-of-10 at the free-throw line. McClellan paced Katie with 11 points off three triples of her own.

The Bulldogs and Indians could meet one more time before their regular-season matchup on Feb. 10, which would be in the First State Community Bank Holiday Classic that will be held Dec. 19 through Dec. 22 at the Show Me Center. 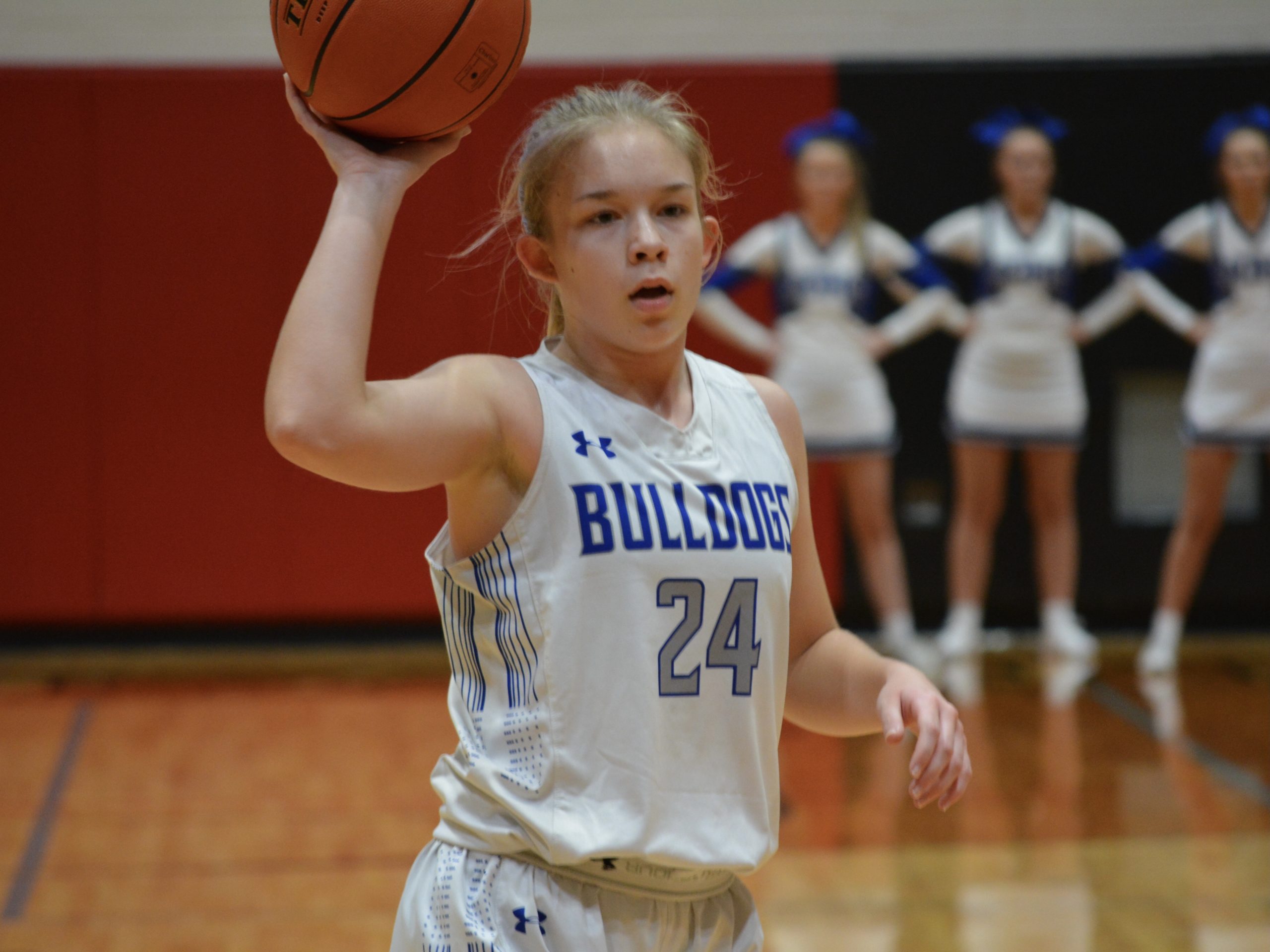