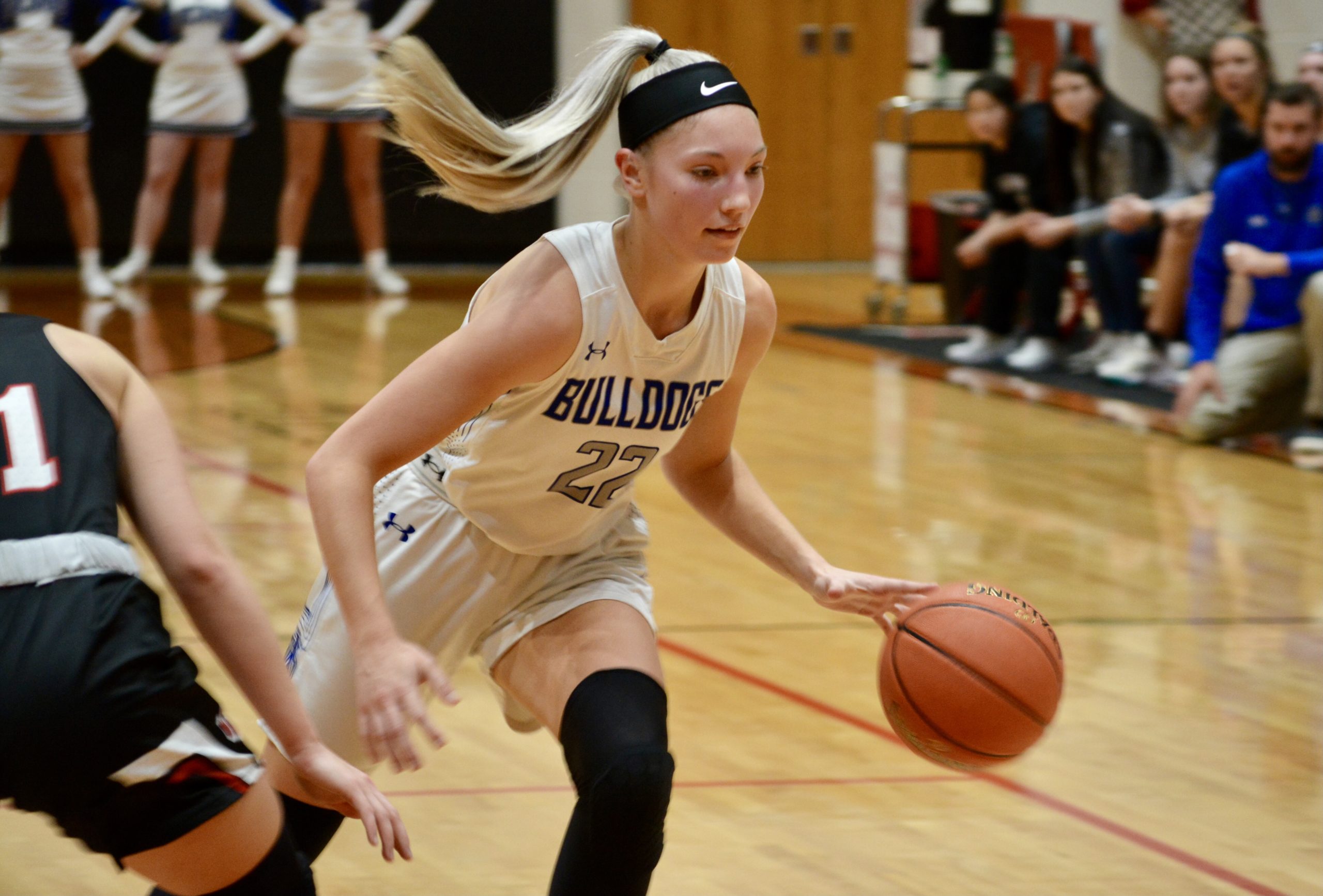 Rubel recorded six of the Bulldogs 31 steals in the contest to bring her career takeaways total to 279, which is one ahead of former record holder and 2019 graduate Megan Heisserer’s total of 278. Rubel and Heisserer were teammates during Lexi’s freshman season (2018-19) when Notre Dame won its first district championship in 10 years.

“Megan was a senior when I was a freshman, so naturally I looked up to her quite a bit,” Rubel said. “She was the girl that would always drive me places because I was only 15 then. I think me breaking her record is really special for both of us.”

Rubel has recorded 85 steals this season and only needs one more to tie her single-season, career-high total of 86 she had as a freshman. Rubel came up with 60 steals her sophomore year and 48 as a junior last winter, where she missed two games and Notre Dame also competed in one less tournament than it has during Lexi’s career.

To be able to have so many takeaways, Rubel said individually it’s all about knowing where to be on defense and how to play in passing lanes. Lexi also had to credit her current and former teammates for helping her break the record.

“A lot of the time my teammates have such good on-ball pressure that the opponent is just throwing the ball away because they’re so sped up,” Rubel explained. “My teammates do a great job of speeding teams up, and then I can intercept their passes.”

“I think breaking these records shows how well rounded of a player I am and how versatile I am,” Rubel said. “It’s really cool to see my hard work pay off in multiple ways.”

Along with holding three career program records, Rubel is also currently Notre Dame’s third all-time leading scorer with 1,411 career points. The only two former Bulldogs ahead of Lexi are her aunt and 2003 graduate Ashley Millham (1,615 career points) and 2002 graduate Deana McCormick Ludwig (1,457), who previously held the rebounds record until Rubel broke it.

Rubel and Notre Dame’s quest for a fourth-straight district championship continues tonight as the Bulldogs (20-6) will take on North County (18-6) in the district semifinals at 7:30 p.m. at De Soto.