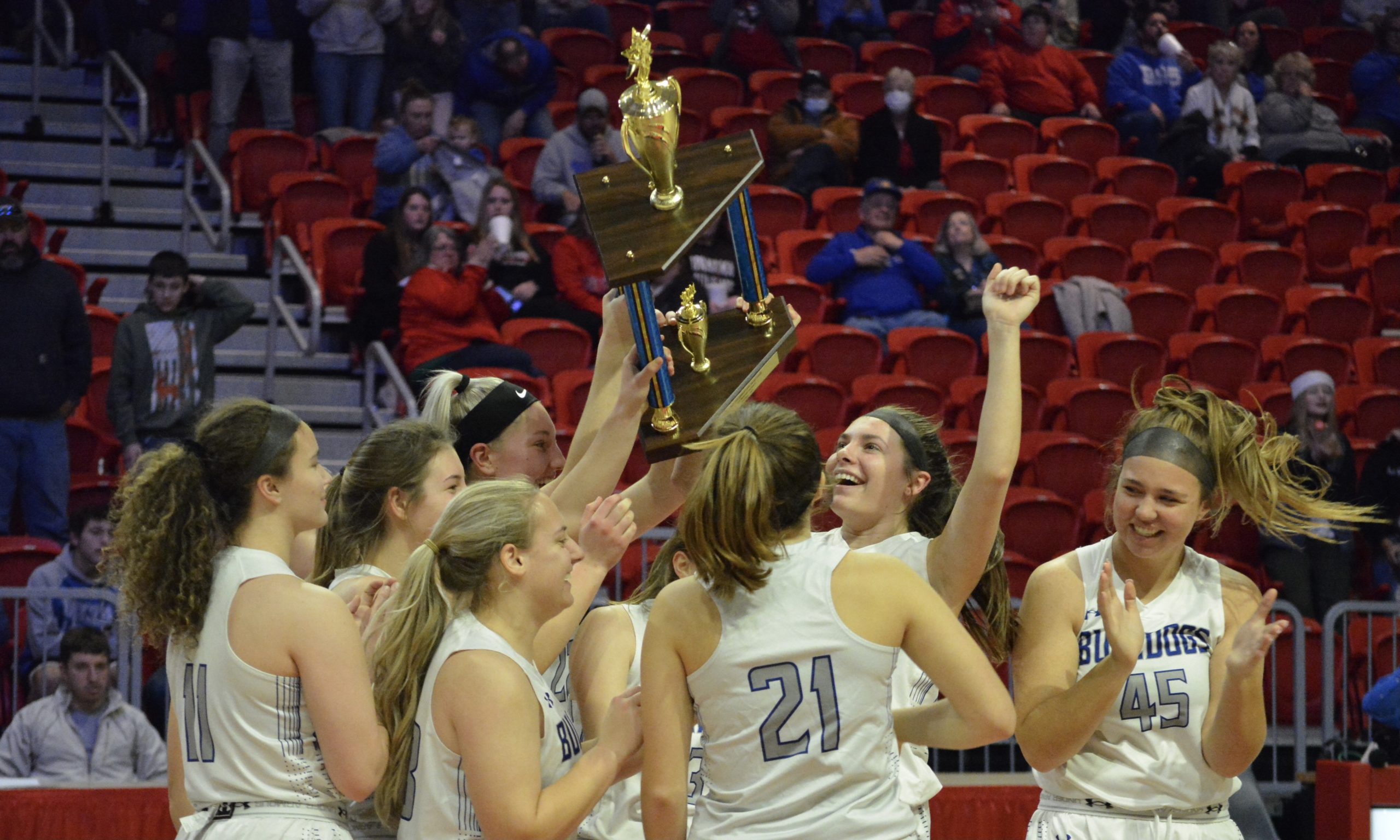 No. 1 seeded Notre Dame hoisted the trophy for a third-consecutive season (first team to three-peat as Holiday Classic Champions since 2005) after crushing No. 3 seed and then undefeated Delta’s dreams of upsetting the Bulldogs in the title game.

Notre Dame came away with a 13-point, 55-42 victory in the top-four matchup as the Bulldogs are ranked No. 2 in Class 5, while the Bobcats are currently No. 4 in Class 1. Even with that being the case, Notre Dame proved its superiority by going on one 15-0 run and two 9-0 runs through the contest, while it also took not one but two 23-point leads in the fourth quarter.

“Overall on both sides of the basket tonight, I thought our defense looked as good as it has the last two or three years,” Notre Dame’s fourth-year head coach Kirk Boeller said. “Offensively, we were patient and looked to get the ball inside to Lexi and Tori [Rubel]. We didn’t turn the ball over a ton, so I thought that was our most complete game we’ve had in a while.”

Delta only narrowed the Bulldogs lead late in the game when Notre Dame started playing its reserves, but they did manage to make it a 6-point, 26-20 contest at halftime and were able to get within four after the break.

However, there’s only so much any team can do against a Notre Dame squad that has yet to allow any of its opponents to score 50 or more points this season. Delta entered the contest nearly averaging 100 points per game.

The Bulldogs defense came away with 15 steals and 16 defensive rebounds, while Notre Dame senior guard Lexi Rubel blocked a game-high five shots. Another Bulldog such as Lexi’s sister junior guard Tori Rubel made multiple deflections throughout the night.

“My team as a whole did a great job of containing and getting in front to pick off passes and stuff,” Lexi said. “Every now and then when a Delta player would get around people, we were there to wall up and get the rebound.”

Each member of The Rubel Duo is 6-foot or taller (Lexi 6-0, Tori 6-1) and this gives Notre Dame a distinct advantage over teams like Delta, which doesn’t have a player taller than 5-9. Lexi and Tori also each came up with two steals and combined for 20 rebounds with 12 and eight, respectively.

“We knew one of Delta’s only weaknesses was height, so we knew that’s what we needed to capitalize on,” Lexi Rubel said. “In practice, we really worked on feeding it to the post and entry passes. I think my team did a great job of being able to feed me the ball with pressure in front of them. They gave me the ball so I could do what I do.”

On top of her defensive performance, Lexi Rubel scored a game-high 25 points for a double-double on top of her 12 boards. She also dished out three assists and went 2-for-3 from 3-point range. Rubel finished with nine more points than anyone else in this year’s tournament to be the 2021 Holiday Classic Scoring Champion as she produced 64 points.

The UT Martin signee scored 16 points on day one in a 74-10 rout of No. 6 KIPP St. Louis, where she didn’t play for a majority of the contest due to Notre Dame’s significant lead. On day two, Lexi Rubel came up with a game-high 23 points in a 55-25 win over No. 5 Woodland and didn’t play for most of the fourth quarter.

“I think my scoring really started with our whole team’s defense. We get a couple steals, and I get a few throw ahead,” Lexi Rubel said. “It just picks everybody’s momentum up. That gives me the chance to drive to the basket, or if I’m open, shoot some threes. All of our scoring starts with our defense.” 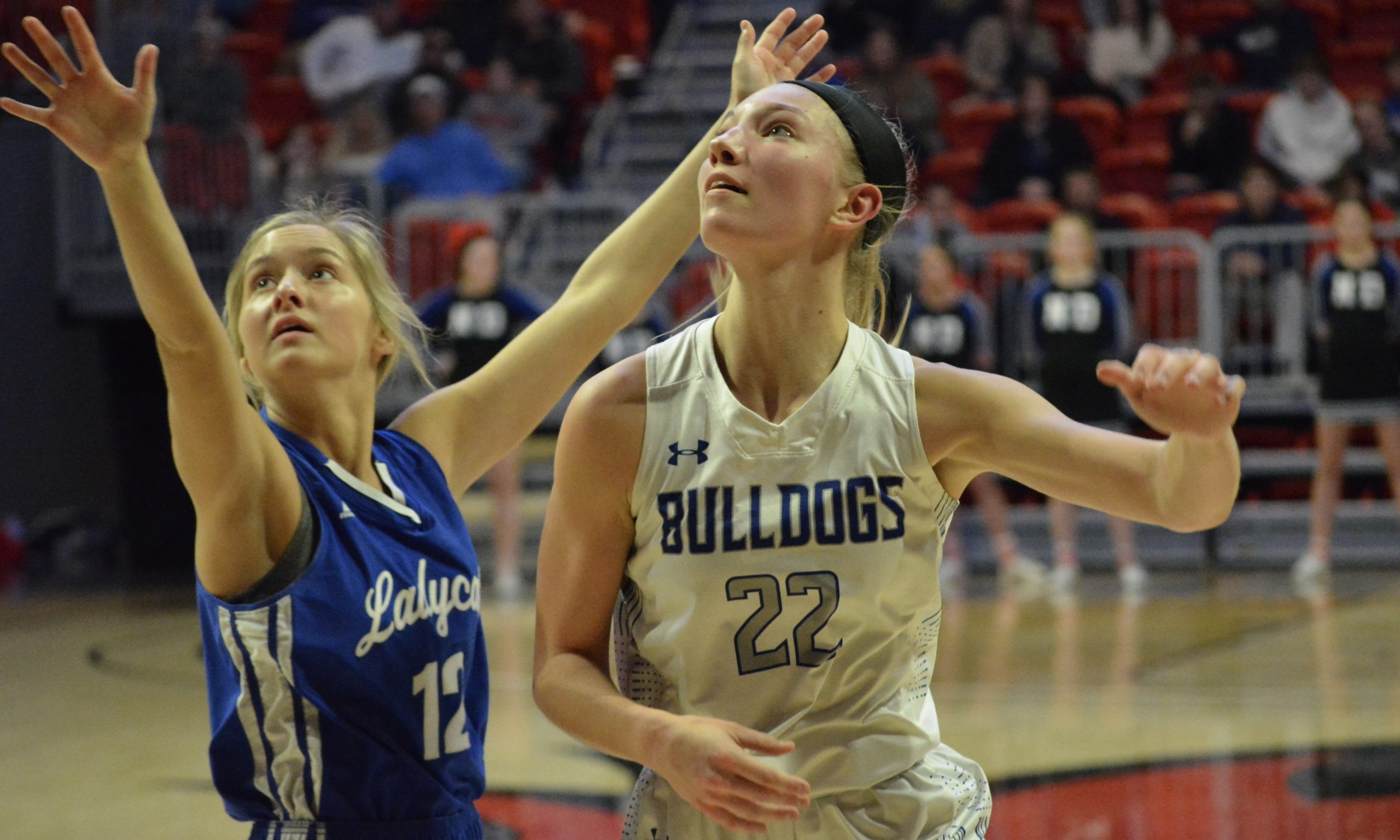 Other Bulldogs to come up big in the win over Delta scoring wise were junior guard Jenna Givens and senior guard Leah Jansen as they combined for 17 points with nine and eight, respectively. All of Givens’ points were from beyond the arc (3-for-4), while Jansen had a team-high four steals and also dished out three assists.

Jansen finished as one of the Holiday Classic’s top-10 scorers with a total of 33 points as she produced 14 and 13 against KIPP St. Louis and Woodland, respectively.

“This is definitely one of the best teams I’ve been able to play on. Our matchups look great, and we communicate so well together,” Lexi said. “We know where everyone needs the ball, the places to rotate and where to help. A lot of us have been playing together since second grade, so this team just works really well together.”

Delta had guards sophomore Addison Nichols and senior Kendall Holweg combine for 25 points with 13 and 12, respectively. Bobcats sophomore guard Presley Holweg, who came up with 23 points in a 68-53 win over Jackson, was held to just three points and fouled out against Notre Dame.

As for Tori Rubel, she finished as one of the Holiday Classic’s top-10 scorers for the second season in a row (No. 4 last season), but she only had five shot attempts in the title game. This was largely because Tori spent the majority of her time being unselfish with the ball to find the best scoring opportunities on offense, which allowed her to come up with a game-high six assists.

Filling the stat sheet was something Tori Rubel did throughout the entire Holiday Classic to be voted onto the all-tournament team for the second-consecutive season. In the 30-point win over Woodland, Tori had four rebounds, four steals, two assists and one block on top of her 10 points. To start the Holiday Classic versus KIPP St. Louis, Rubel recorded 11 points, four assists, two steals and one block.

“Tori is so solid — when the ball is in her hands, you know it’s going to go somewhere that’ll lead to a bucket, or she’s going to get you a bucket,” Coach Boeller said. “She’s got a 10-foot wingspan, so she gets her hand on a lot of passes. That’s something you can’t coach — it’s just something you’re blessed to have. Her ability is seriously a blessing to have.”

Being named to the Holiday Classic All-Tournament Team along with Tori was the other half of The Rubel Duo, Lexi, and Jansen. Lexi finishes her career as a three-time all-tournament team selection, while this was Leah’s second and final nod.

This was the third and final Holiday Classic Lexi and Tori Rubel will ever play in together, but it’s safe to say The Rubel Duo went out on top in the tournament as three-time champions. Tori will go for her fourth Holiday Classic Championship with her younger sisters Brie and Kate next season.

“Winning the Holiday Classic three times with Tori is a great feeling,” Lexi Rubel said. “I just feel like at this point we’re kind of used to winning it, but it’s a great feeling, especially having Tori next to me. It’s really nice to have her there in the championship game because we take so much pressure off of each other.” 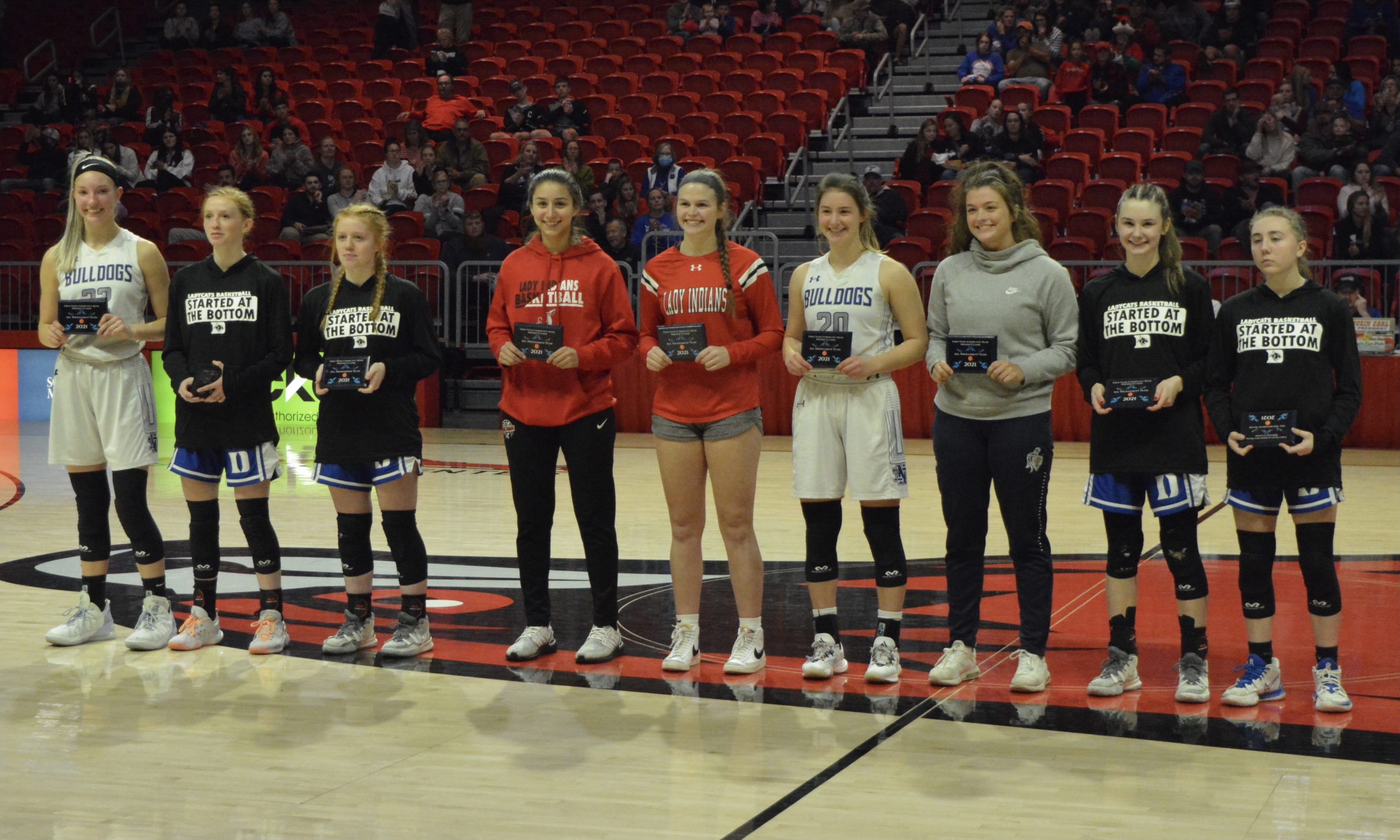 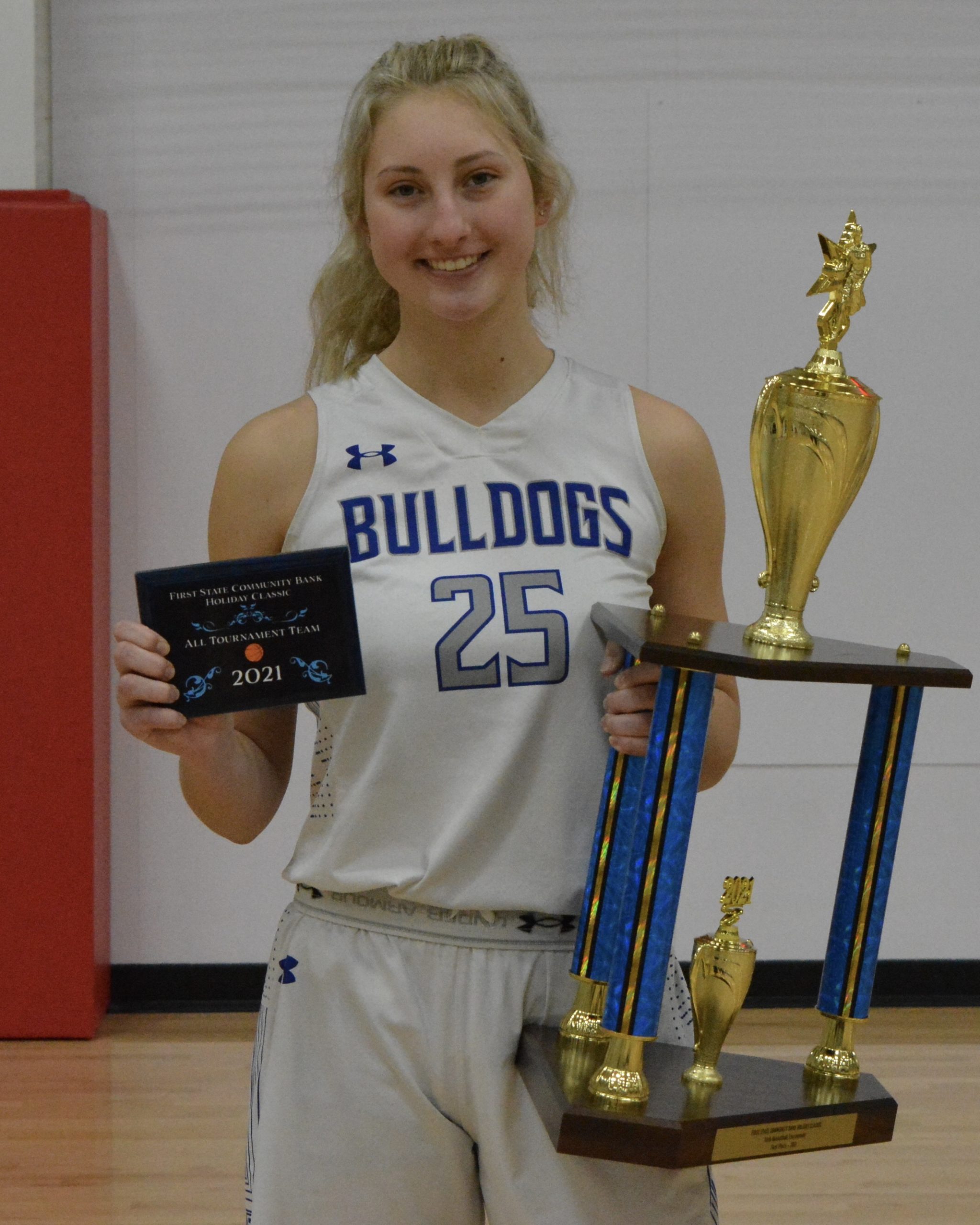