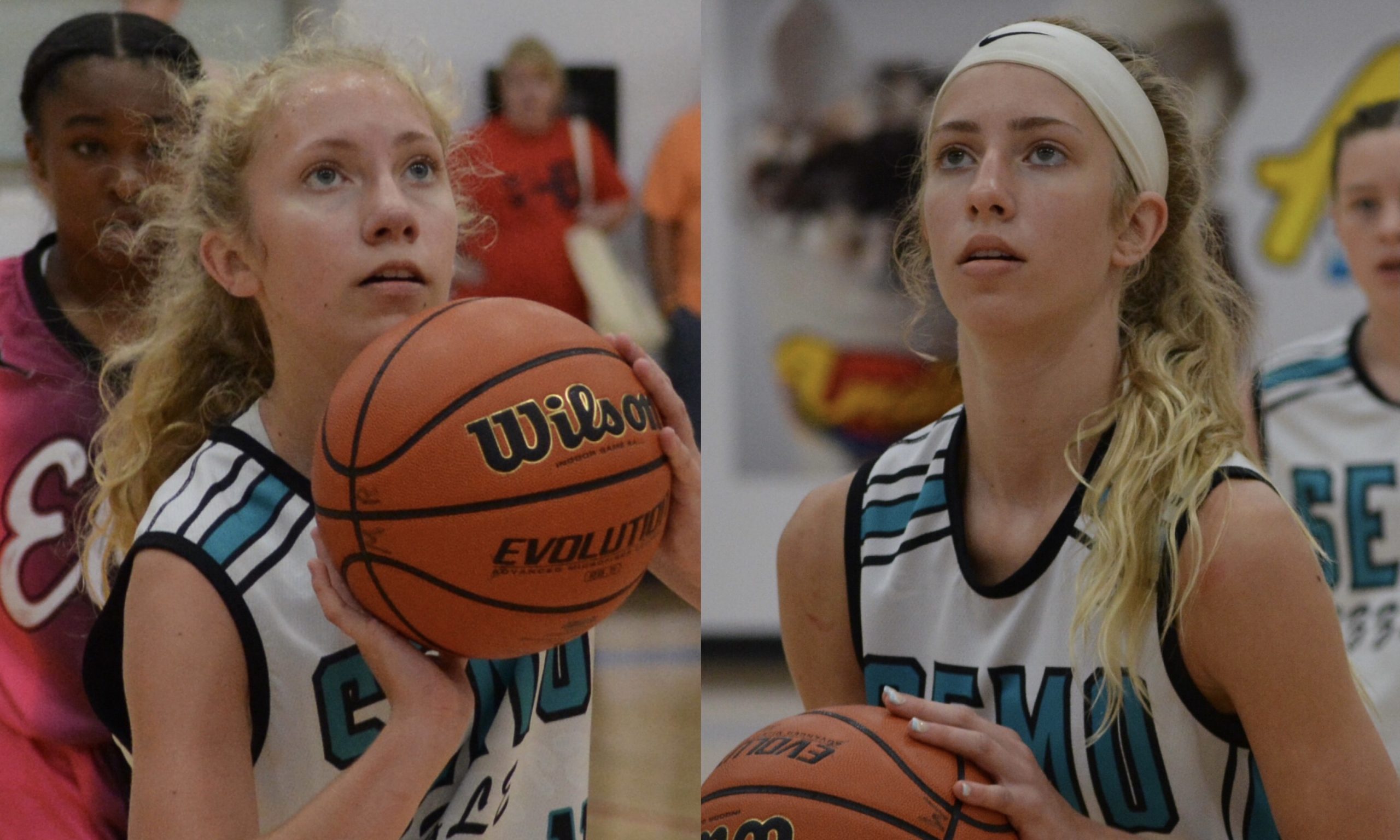 Upon an unofficial visit this month, The Rubel Twins were offered by Ohio Valley Conference member UT Martin, which is the same team their older sister Lexi Rubel currently starts for. Brie and Kate’s other older sister and Bulldogs teammate 6-1 senior guard/forward Tori Rubel inked with the Skyhawks Nov. 9.

Offering Brie and Kate Rubel first before UT Martin was Abilene Christian of the Western Athletic Conference in September. The Rubels took an unofficial visit to the university that same month.

Both teams had coaches scout Brie and Kate in person when they played for SEMO Sizzle during the Run 4 Roses tournament this July in Louisville. There were several other D-I programs scouting The Rubel Twins there as well.

Next AAU season, though, Brie and Kate Rubel will suit up for WNBA player Napheesa Collier’s team based in St. Louis — Phee Elite — which Tori was going to play for this past year before suffering an injury. At Run 4 Roses, Phee Elite won the Elite 40 Championship televised on ESPN while being led by the No. 1 ranked senior in Missouri by Prep Girls Hoops and Nebraska signee Natalie Potts of Incarnate Word Academy.

Tori is listed at No. 3 behind Potts in the same rankings, while Kate Rubel is the No. 2 ranked player among freshman by PGH and Brie is No. 6 overall (top point guard). The only Missouri hooper ranked higher than Kate is Park Hill South 6-1 freshman guard Addison Bjorn, who fields offers from 10 top-25 ranked teams.

The Rubel Twins will begin their high school career in the first round of the SEMO Conference Tournament on Tuesday in Kennett. Notre Dame earned the No. 1 seed as the Bulldogs are hoping to win their fourth-straight conference tournament championship.