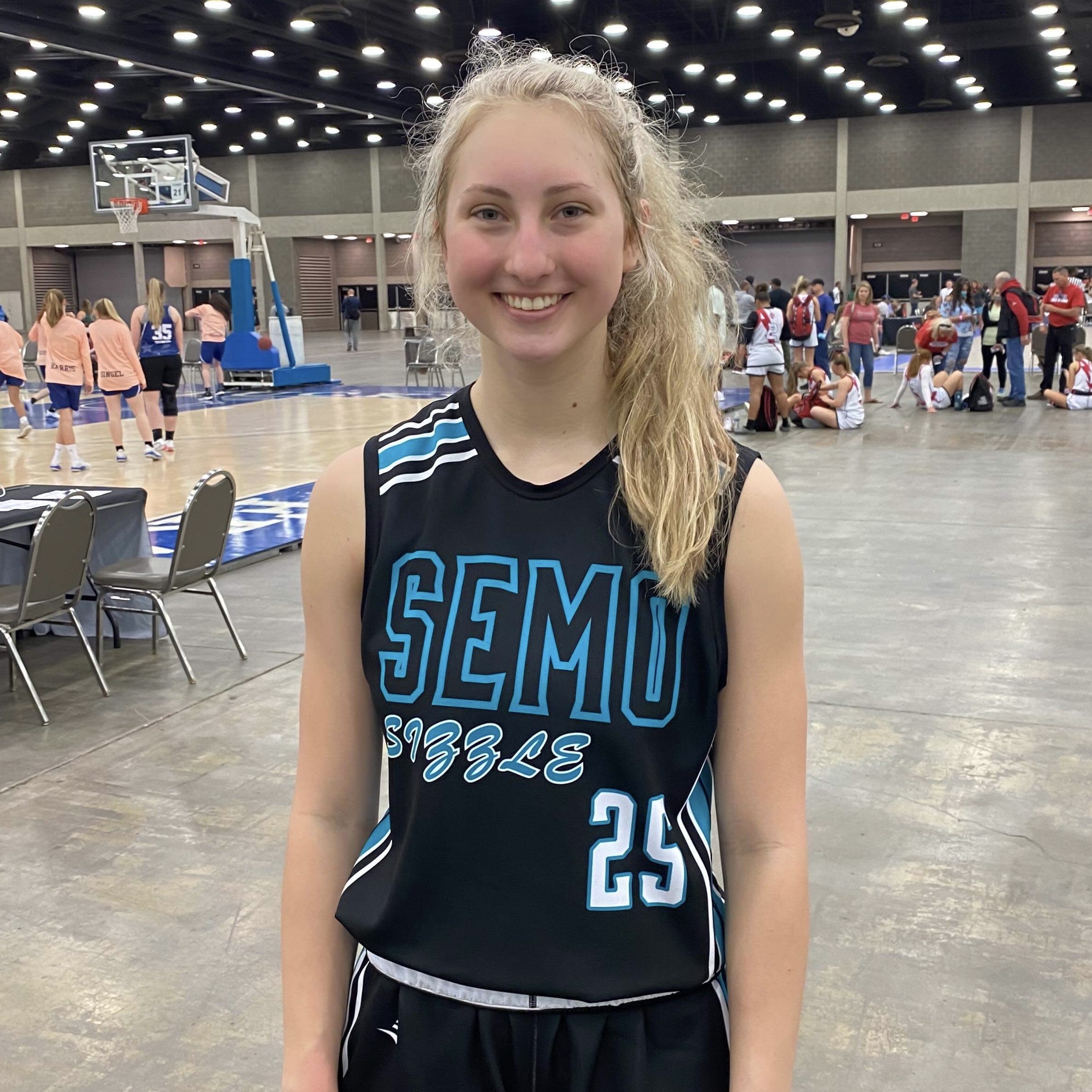 Over the weekend, Notre Dame sophomore Tori Rubel put on a show in the SEMO Sizzle 2022 girls basketball team’s final game of pool play against Indiana Red Storm in The Classic on Saturday hosted in Louisville, Kentucky.

The Sizzle finished Pool K of the Orange Division undefeated with a 54-33 win over Indiana behind a 17-point, four 3-pointers made performance by Rubel. This win put SEMO Sizzle in its first platinum championship bracket of the AAU season.

After the game, Tori was recognized as one of the top-five players in pool play by worldexposurereport.com, which has 16.2 thousand followers on Twitter. The four other players named were junior Ally Fitzgerald of Blue Star St. Louis and sophomores Cori Allen of Tennessee Flight, Shannon Dowell of Bradley Beal Elite and Nicole Melious of Hoopers New York Nike Blue Star.

Melious is verbally committed to Georgia Tech, while Dowell and Fitzgerald each have two Division-I offers. Allen has numerous offers to play at the Division-I level including Georgia, Indiana, Kentucky, Louisville, Michigan, Mississippi State, Notre Dame, Tennessee and UCLA.

To finish The Classic, SEMO Sizzle was the only 2022 team out of Missouri to reach the platinum championship semifinals. Bradley Beal Elite and Blue Star St. Louis fell in the quarterfinals.