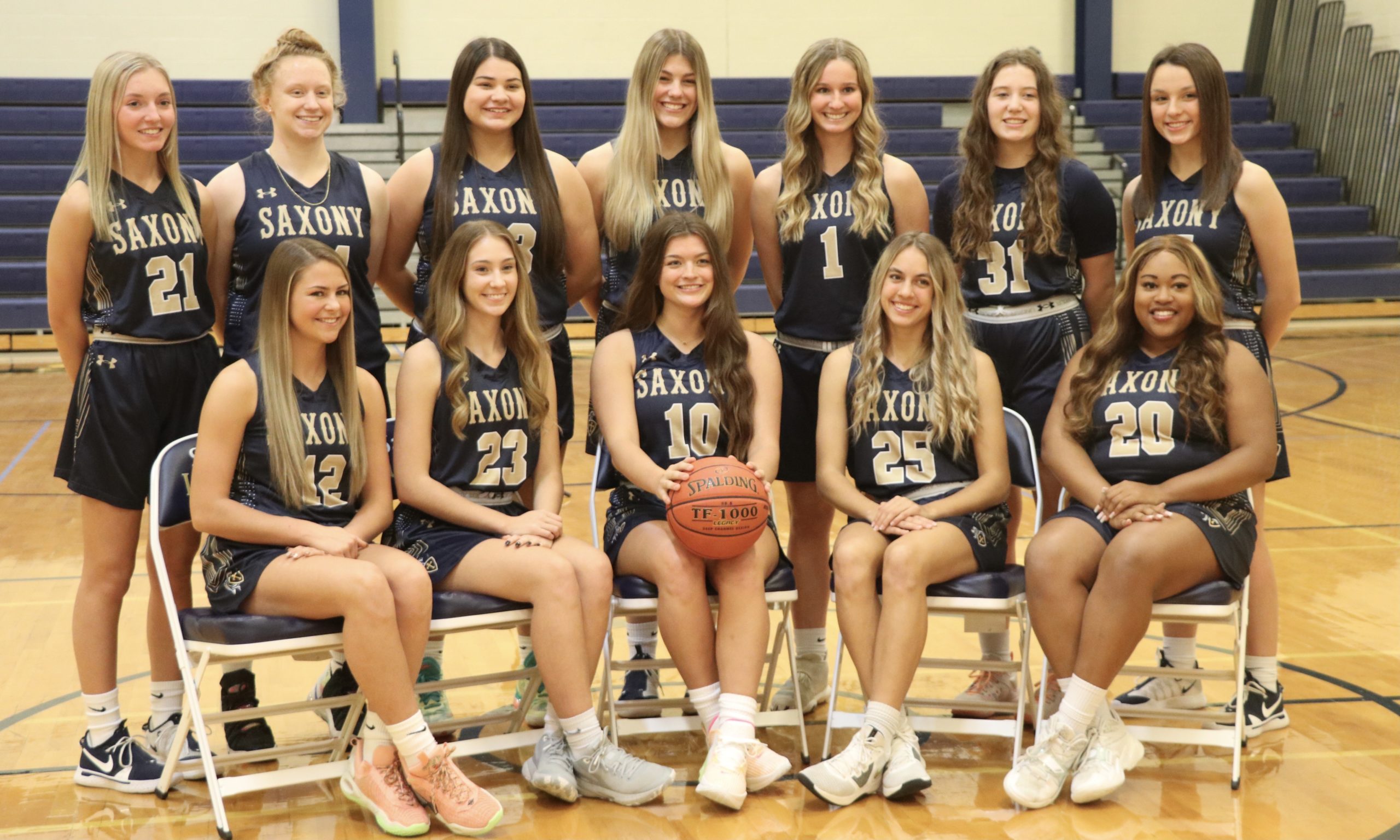 This winter, the Saxony Lutheran girls basketball team enters its second season with Lance Tollison at the helm.

The Crusaders finished under .500 (10-16 overall) for the first time since 2012 in Tollison’s first year after the program won eight-straight district championships with Sam Sides as their head coach.

Saxony wasn’t tasked with an easy postseason, though, since the team was moved up to Class 5 from Class 3 due to the new success multiplier MSHSAA instilled last school year.

The Crusaders season came to an end in the district semifinals to eventual district champions Notre Dame, 63-17, and finished 4-6 in their last 10 games.

Coach Tollison hopes for his program to be moved down to Class 4 this season in hopes for better postseason production as he returns two starters from last year.

Voelker, who will serve as Saxony’s presence in the post for a second-straight year, returns as the Crusaders leading scorer with 7.2 points per game. She’s also unsurprisingly Saxony’s returning leader rebounder as she averaged 4.4 boards each game.

“Emma Voelker grew leaps and bounds [in her game] just from me watching her the year before,” Coach Tollison said. “She did a lot of dirty work in the post and really excelled at it. She has great moves down there for some body who’s probably undersized for the position, and she’s going to carry that load again.”

As for Mueller, she missed the last 10 games of the season due to an arm injury. Coach Tollison is excited to have Anna back for hopefully a full season.

“When she broke her arm last year, that really juggled things for us. Right now she’s really running the ship pretty smooth, which is what I want her to do,” Tollison said. “She’s just really calm. She’s a very intelligent ball player and makes sure everybody is in the right spot. Her presence really takes pressure off people.”

Two fellow Saxony junior guards logged several starts last winter while Mueller was out of the lineup: Abagayle Britton (5-8) and Emma Dunning (5-6). Dunning paced Voelker in points last season with 5.1 per game while shooting 38% from the field, 38% from 3-point range and 79% at the free-throw line.

“Dunning is aggressive towards the basket and has the ability to shoot outside. We really hope to utilize her more and get her going especially since we’re wanting to run a little bit more this year,” Tollison said. “I feel like our team speed is better, and she thrives with that.”

Britton comes back in third behind Voelker and Dunning for scoring as she produced an average of 3.2 points each game. With her speed and athleticism, it’s players like Britton that leads Coach Tollison to believe his team can play at a faster pace this season.

“We just commented on her the other day because she had one of her better practices. What Abagayle has really added to her game is being aggressive towards the basket and helping push it up the floor,” Coach Tollison said. “That’s why we feel like we can open things up this year as far as getting down the floor and not always getting into a set offense, which we struggled with last year.”

Two other juniors Tollison hopes to have contribute this winter are 5-7 guard Ashlyn Mueller and 5-9 forward Kennedy Biri.

“Our junior class is solid. Last season was just really trying to get the experience from them,” Coach Tollison said. “I’m hoping everything continues to build with practices and into the games that they get stronger and more confident.”

Making up the rest of the roster for Saxony will be a trio of sophomores in 5-9 forward Clara Brune, 5-9 forward Maci Hollis and 5-7 guard Rebecca Johnson. They primarily played on the junior varsity squad last season, but Coach Tollison sees them as varsity only this year.

“I really see them having a lot of valuable minutes for us and a lot of playing time. A lot of good things can come from them,” Coach Tollison said. “Those three love the game, work hard and are physically strong. They have the ability to score and guard.”