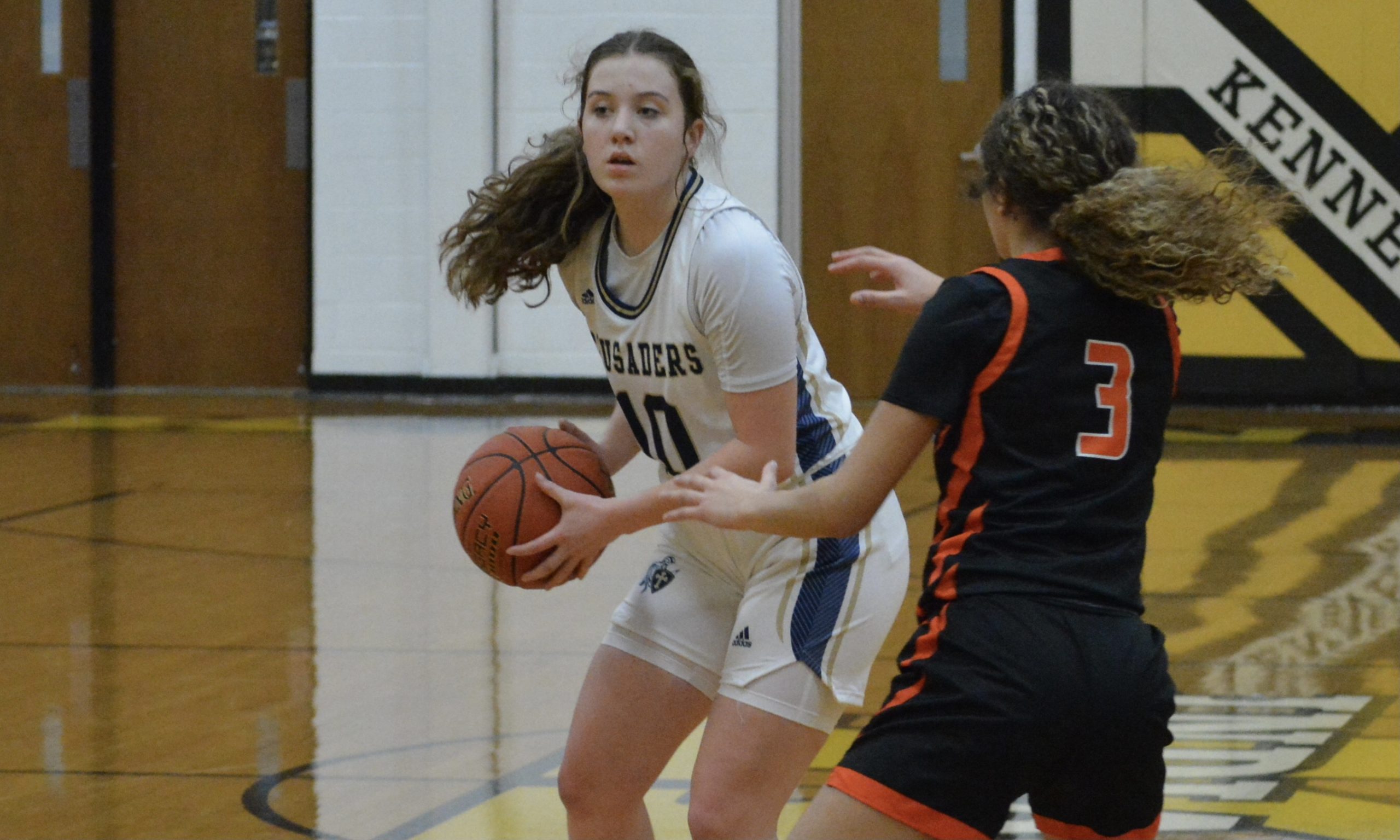 Both of the Crusaders (5-5) contests last week took place at home as they first took down SEMO Conference opponent Sikeston (1-10) 63-34 last Tuesday.

Two Saxony players finished with double-digit points as 6-foot-1 junior post Evie Caruso produced a team-high total of 15, while also notching the most rebounds with nine.

Pacing Caruso in scoring for Saxony was 5-8 senior guard Abagayle Britton, who put up a season-high 11 points as she finished 4-for-6 (67%) from the field. Britton also came up with two steals against the Bulldogs.

Four other Crusaders finished with at least five points in the win over Sikeston as 5-6 sophomore guard Maddie Preusser paced Caruso and Britton with seven points.

Dunning, Johnson and Preusser also helped clean the boards for the Crusaders as they each came down with five rebounds. Rebecca also did a nice job facilitating as she dished out a team-high four assists, while 5-6 senior guard Anna Mueller and 5-6 sophomore guard Abby Haley paced with three.

Defensively, Johnson led Saxony in takeaways with a game-high four steals as Dunning finished tied for second with Britton at two, while Hollis also had one.

Caruso led the Crusaders in scoring once again with 15 points while also having eight rebounds. Johnson paced Evie in scoring with 14 points of her own as she also knocked down a 3-pointer.

Dunning was Saxony’s third-leading scorer against Kelly with nine points as Britton paced at six, while Mueller produced scored five.

Both Caruso and Johnson were named to this year’s FSCB Holiday Classic All-Tournament Team that featured 12 players besides the usual 10 for the first time in recent memory.

Up next for the Crusaders will be St. Paul Lutheran (6-6) on the road tomorrow, followed by competing in the Jackson Showcase against Neelyville (11-2) Saturday.