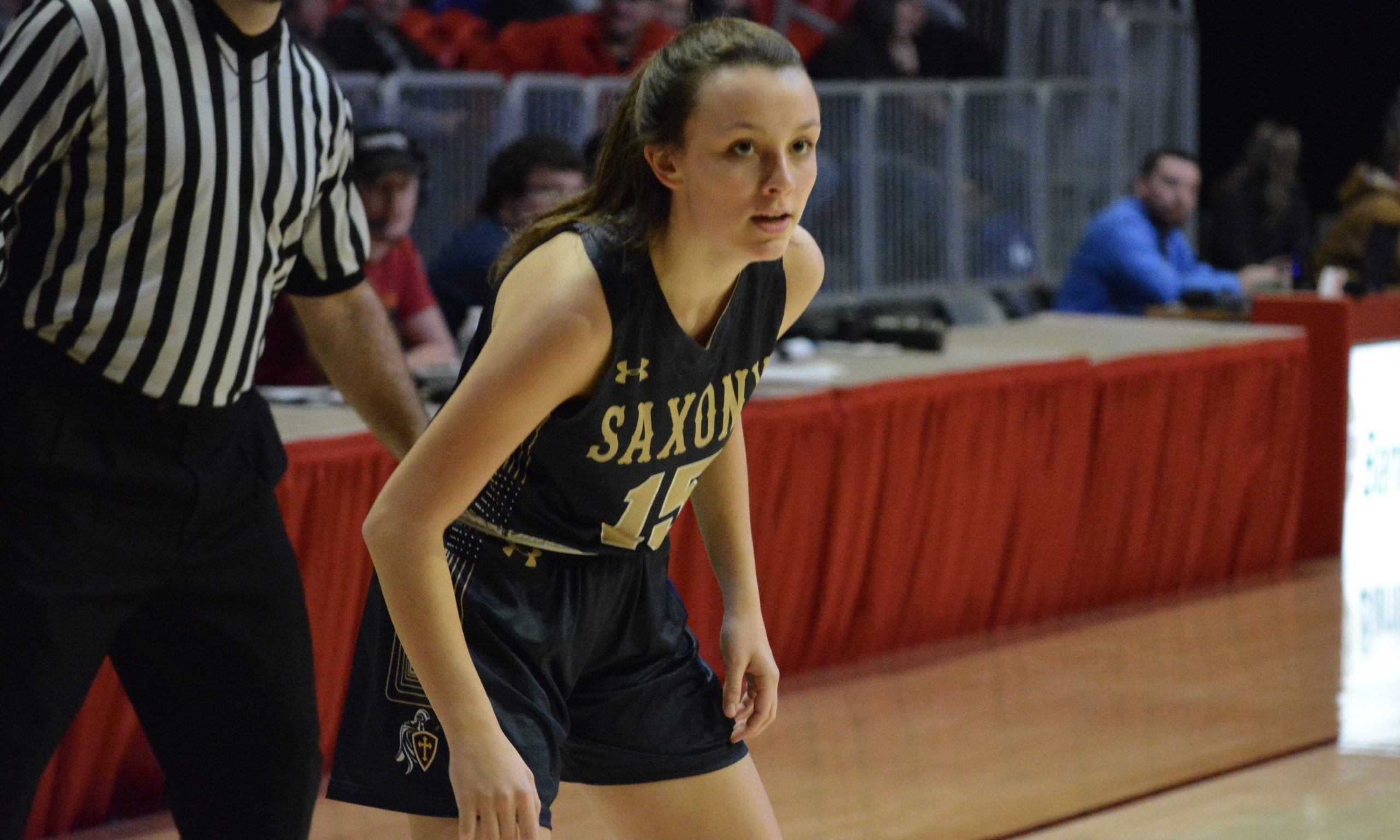 After two seasons where the Saxony Lutheran girls basketball team finished with a combined record of 19-32 overall (.372 winning percentage) under Lance Tollison, former Crusaders head coach Sam Sides has officially taken back over the position.

While Sides’ return will likely only be for one season, he saw that the program he led to two final four appearances (one state runner-up finish) and eight-straight district championships was in need of stability.

“I really wasn’t counting on coaching again, but we really needed somebody,” Coach Sides said. “I didn’t feel comfortable with the situation, so I felt like I needed to step in. Hopefully I can get us through this period to find a more permanent solution next year.

“Parts of coaching I miss — I miss the day-to-day interaction with the kids because I like being around them, coaching them and teaching them. … I’m just taking it one day at a time and trying to do the best I can just like I ask my players to do.”

Despite Saxony’s sub .500 record over the past two seasons, the program also had to deal with playing up classifications due to MSHSAA’s new success factor for private schools.

“We were really out of our league in Class 5, and we’ll probably be in Class 4 again this year,” Coach Sides said. “Our boys will be in Class 3, and I’d feel pretty confident in Class 3 that we could compete for a district title. I think last year we could’ve won in Class 3.”

“They know me a little bit, and this has been a reintroduction to myself — I know I’ve got a strong personality,” Coach Sides said. “I’m a big believer in the chaos theory of coaching. I try to practice with chaos so they play with calmness. … We just need more practice time and hopefully when we get more games under our belt we’ll get better.

“You want to do that anyway — you want to improve from where you start at to all the way through the end of the season. We’re still trying to figure out with roles, but that’s the big part of coaching. Trying to figure out the pieces of where they go and how we can blend together to get the results we want.”

“They’re playing and practicing hard, and I need them to contribute something to help the team,” Coach Sides said. “Hopefully they’ll accept those roles and flourish in that role because everybody has to chip in.”

Sides likes Dunning for her passing and shooting skills, while he described Anna Mueller as a hard-nosed player with good energy and leadership.

Coach Sides is expecting a lot of production to come outside of his senior class as well, though, as Saxony’s three juniors 5-8 guard Rebecca Johnson, 5-9 forward Maci Hollis and 6-1 post Evie Caruso.

Johnson played AAU in the spring and summer for Missouri Phenom, while she and Hollis saw plenty of varsity action last winter. As for Caruso, she is the only player listed on Saxony’s roster that stands taller than 5-9.

“I’m going to count on Rebecca Johnson quite a bit — she’s got some pretty good skills,” Coach Sides said. “Johnson is overall probably our best ball handler, and she can shoot the three. She can get hot and shoots the ball at will — makes quick decisions and can take the ball to the basket. She understands the game pretty well and better than most of them.

“Maci Hollis played and started some last year, and I look for her to help me and play quite a bit. She played quite a bit of varsity last year, and she’s got the skills. She can shoot the ball a little bit, and she’s smart. I’m counting on her to be an all-around player.

“Caruso is going to be a pretty big factor for us — she’s got pretty good skills. She’s fairly aggressive and will get on the floor for a loose ball, and a lot of times you don’t see big girls doing that. She plays hard and has a good attitude, and I like her game. She’s got a decent shot around the bucket and can shoot the three a little bit.”

Coach Sides went on to say that especially in high school girls basketball teams usually don’t have tall players with long arms. Sides hopes he can take advantage of smaller teams while having a player like Caruso, whom he feels can be a weapon on both offense and defense.

Another player Saxony is hoping to have a big season from is 5-6 sophomore forward Maddie Preusser, who is a standout on the softball field and overall a pretty good athlete, Sides stated.

“She’s got a nice shooting touch and runs well, and she’s really impressing me with her basketball skills,” Coach Sides said. “She’s not very tall, but she’s strong, and I’m looking for her to contribute quite a bit.”

Crusaders 5-6 sophomore guard Abby Haley is a player that will bring plenty of energy to the court as Sides described her as being his best on-ball defender and, a “strong, aggressive hard-nosed player.”

“I preach about energy and execution every day, and our energy overall right now is not what I would call our standard,” Coach Sides said. “We’ve got to improve there, but I want to reach wherever we can go to be our maximum level. Hopefully by the end of the season, we’re able to compete for a district championship.”