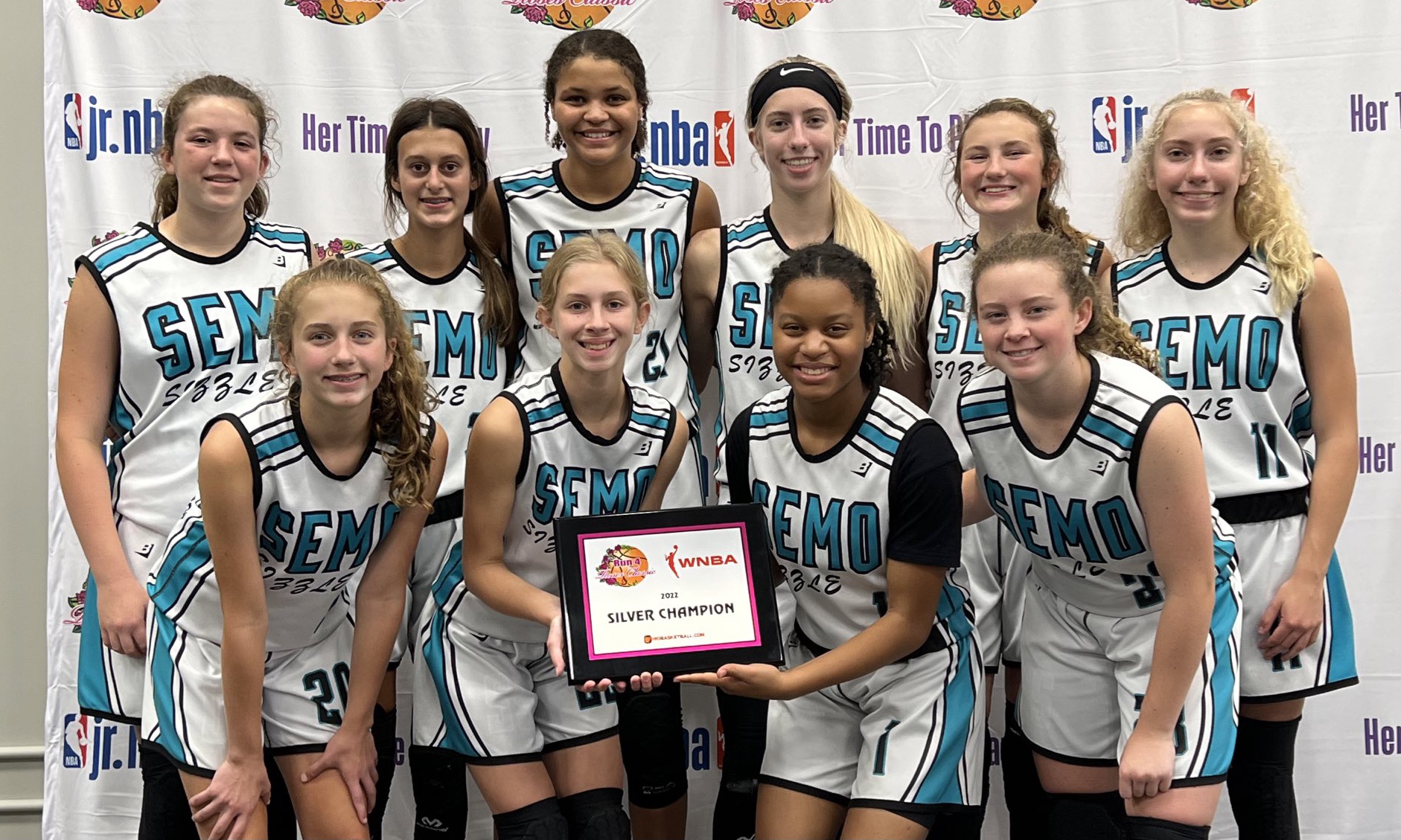 Sizzle played in the 2026 Blue Division and started the tournament with back-to-back losses — one of which was to the eventual platinum bracket champions, Indiana’s Best Court Queens.

However, Sizzle rallied off four-straight wins to become the Blue Division Silver Bracket Champions following a 32-24 victory over Elevate Elite (Virginia). It was none other than 6-foot guard Kate Rubel leading the way for SEMO Sizzle as she produced a game-high 16 points and seven rebounds in the title matchup.

Rubel averaged the most points for Sizzle at Run 4 Roses with 12.2 per game, while produced an average of 15 points each contest in bracket play. In the bracket semifinals, Rubel also scored 16 points as well as three steals and two blocks in a 40-19 win over the Bay State Jaguars (Massachusetts).

To reach the semifinals, Kate Rubel came up big versus Artic Rush (Ohio) in the first round of bracket play, which SEMO Sizzle won by five points at 34-29. This was in large part due to Rubel knocking down a 3-pointer and making back-to-back free throws in the final minute to secure the win.

Due to her late-game heroics, Kate led Sizzle in scoring once again with 13 points as she also recorded three steals and two blocks. Rubel was also her team’s leading scorer in a 12-point loss to Indiana’s Best with 17 points and eight rebounds.

In two games, Rubel impressed at the free-throw line by making 75% or better of her attempts: 9-of-12 (75%) versus Indiana’s Best and 6-for-7 (85%) against Elevate Elite. Kate had blocks in three of Sizzle’s games and recorded a tournament-high two versus Artic Rush.

Finishing with the most points in a single contest at Run 4 Roses for SEMO Sizzle, though, was the team’s 6-2 center Nevaeh Lucious. She produced 18 points along with seven rebounds and two steals in a 33-25 win over Midwest Takeover Future (Ohio).

Lucious ended up averaging 7.7 points throughout the tournament, while Kate’s twin sister and 5-8 point guard Brie Rubel finished as Sizzle’s third-leading scorer with 5.9 points per contest.

Even though Brie Rubel didn’t lead SEMO Sizzle in scoring for any game, she was the team’s second-leading scorer more than anyone else (four times). Rubel also proved to be vital in every facet by recording multiple steals (team-high five times), assists (team-high three times) and rebounds (team-high twice) in each game.

Three other players finished as top-three scorers for SEMO Sizzle throughout the tournament as 5-8 guard Jamisen Green and 5-4 guard Braelyn Turnbough each scored five versus Indiana’s Best. Sizzle’s 5-3 guard Alex Segers was their other top-three scorer when she had four against Artic Rush.

Another high point for Turnbough, who is playing a grade level up with Sizzle, at Run 4 Roses was that she won her age group’s 3-point contest. Turnbough finished 18-for-25 (72%) from beyond the arc to win it.

Along with winning a title at Run 4 Roses, there were Division-I college coaches scouting SEMO Sizzle players at each of their games. The D-I teams that watched Sizzle at Run 4 Roses were Abilene Christian, Montana State, Murray State, Saint Louis, Siena, Southeast Missouri State, UT Martin and Texas Tech.

UT Martin is, of course, now the home of Notre Dame 2022 graduate Lexi Rubel, and her younger sister and current Notre Dame senior Tori Rubel verbally committed to the Skyhawks back in April. Tori, Kate and Brie will play together this winter.