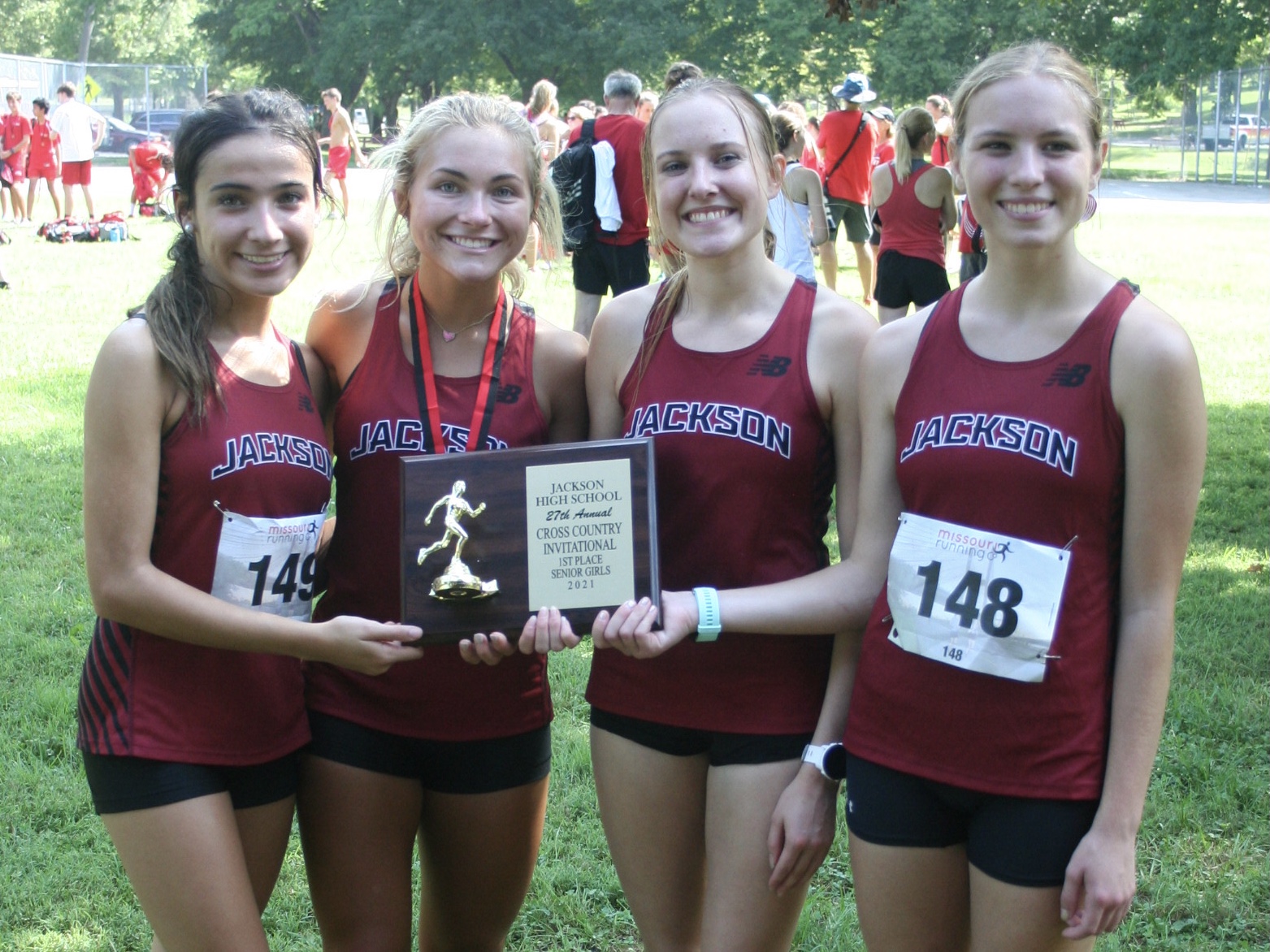 After a season where both the Jackson boys and girls cross country teams qualified for the Class 5 State Meet in 2020, the Indians officially returned to action for the annual Jackson Invitational on Saturday.

For this invitational, each team splits up its runner grade-by-grade making for a total of eight races as Jackson was able to win a total of five of them while placing in the top three of two others.

Starting off with the senior class, the Indians girls squad led by four all-conference and all-district returnees took first overall. Layla Fliege crossed the finish line first for Jackson at 15 minutes, 37 seconds for a second-place finish, while Addie Heisserer took third overall at 15:40.

The next senior Indian to finish the race for Jackson in Saturday’s invitational was Brooklyn Burgess, who took fourth place with a time of 16:09. Last but not least, was Maite Mendez who placed in the top 10 as well to medal by taking seventh overall (16:37).

The Indians second and final upperclass team to win its race was the junior boys squad as it had three runners take the top-three spots. Winning the race individually was Hunter Wendel as he crossed the line at 12:33, while Cole Puls took second (12:44) followed by Evan Kiefer (12:54) in third.

As for the freshman races, Jackson won both races as its girls squad had five runners medal, while the boys team finished with three medalists overall.

One of Jackson’s other top-three finishes included the junior girls team, which saw each of its four runners medal in the race. Mallorie Metzger crossed the finish line first for the Indians at third with a time of 15:55 as London Popp paced her in sixth place at 16:35. Mara Wilson and Sadie Middleton medaled as well by taking 11th (17:47) and 13th place (17:55), respectively.

Jackson’s sophomore girls took third overall and only had one runner in the top 10: Grace Kurtz eighth (17:44).