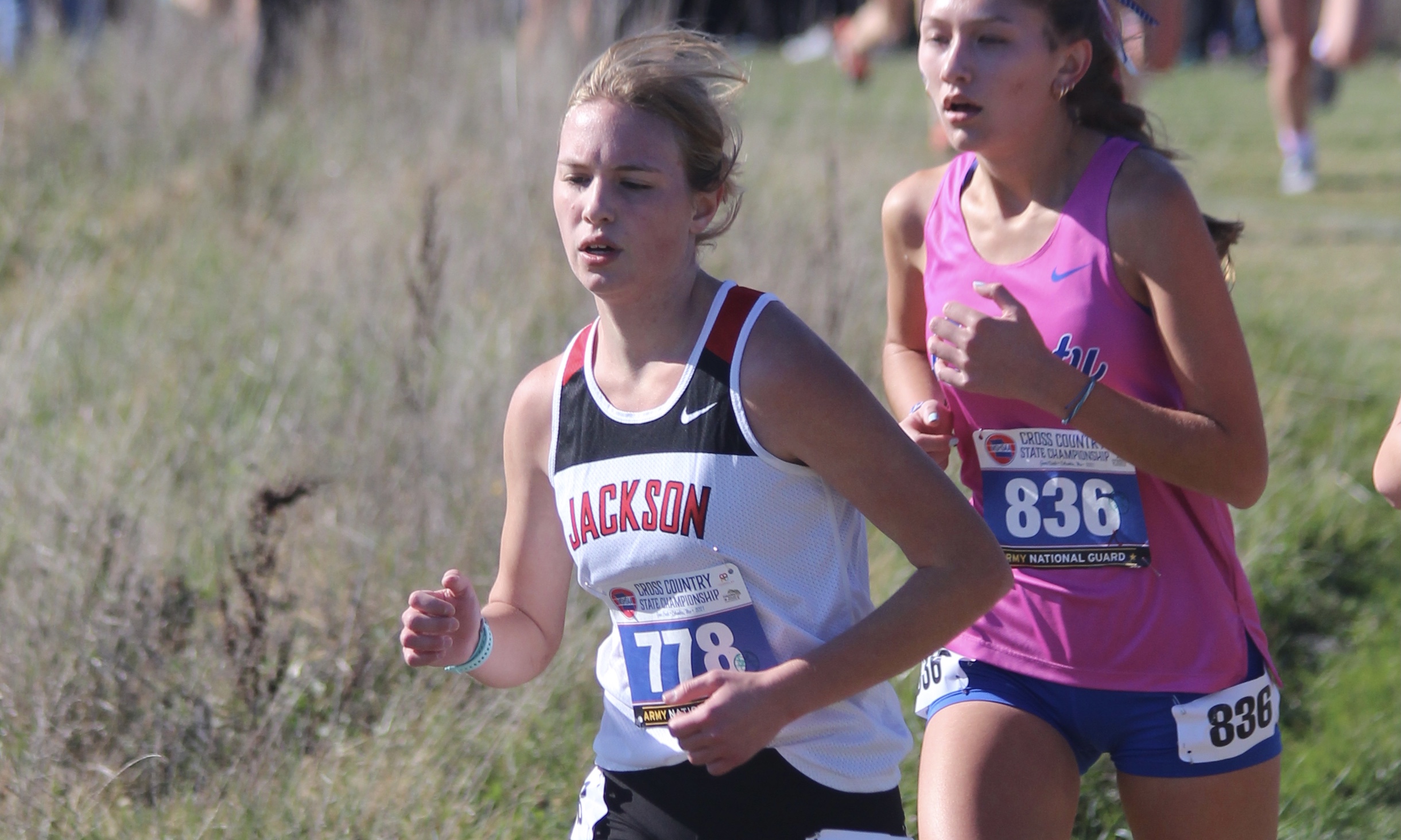 Senior Addie Heisserer recorded the best finish out of any Jackson runner in last week’s Class 4 State Meet in Columbia with a 42nd-place finish at 19 minutes, 24.8 seconds. Submitted photo

Last week, the 2021 cross country season officially came to an end as the state championship meets were held Friday and Saturday at Gans Creek in Columbia.

Jackson only had one of its teams qualify for the Class 5 State Meet, which was the boys squad that ended up taking 14th place. The Indians also had two of their girls runners qualify for the meet.

Jackson’s boys team only had two of its seven runners place in the top 100 as sophomore Bryce Gentry finished in the top 50 at 45th. Gentry did so with a time of 16:18.1.

The second and final Jackson runner to crack the top 100 was junior Hunter Wendel, who took 74th overall with a time of 16:31.9.

“To have both the boys and girls team represented at state was an exceptional feat because it took a state-meet effort to get there,” Jackson head coach Andrea Talley said. “… If the state keeps the same qualifying process, now we know what to expect.”

In Class 3 and 4, Notre Dame had two runners manage to place in the top 25 to bring home all-state honors as both of them also set new personal records.