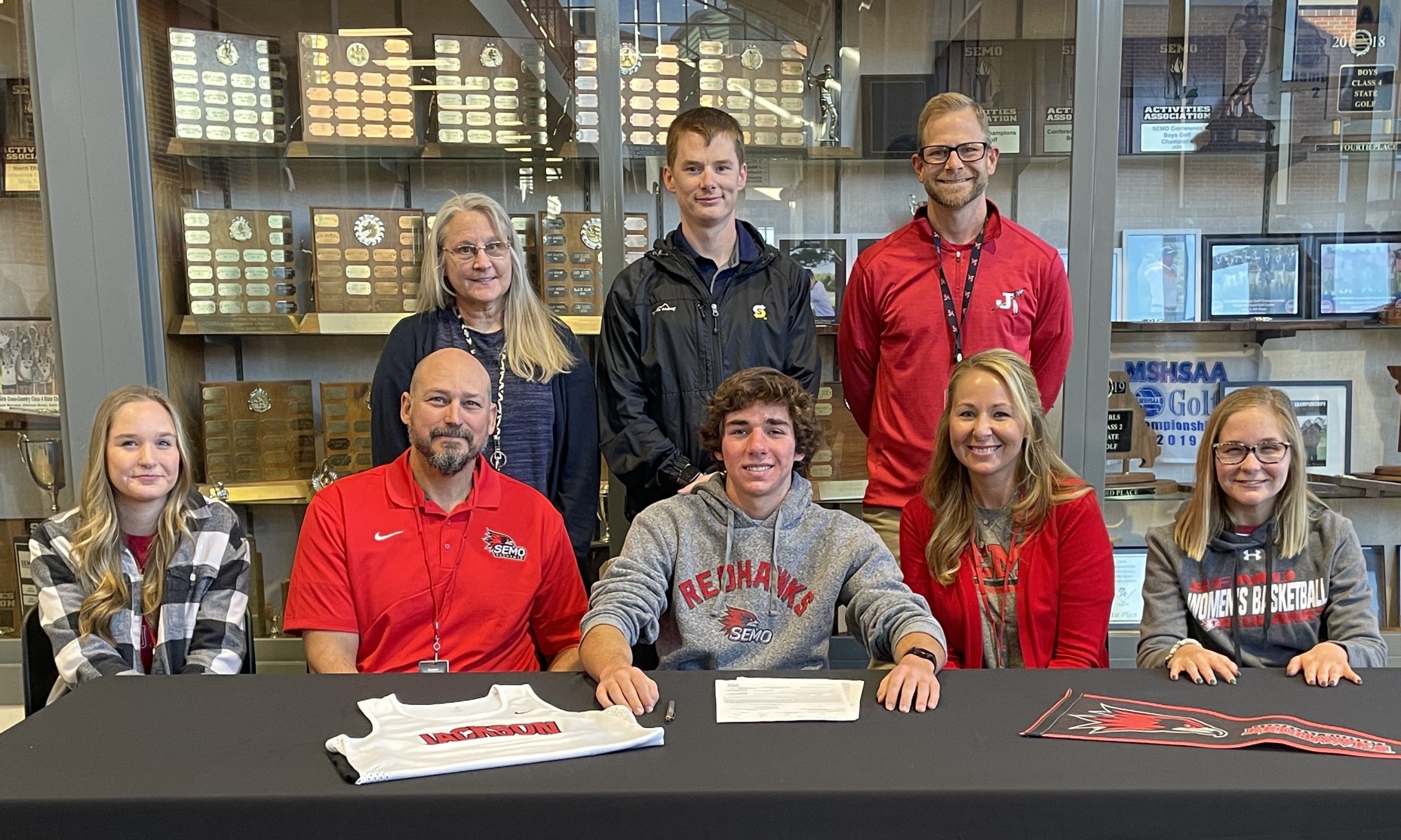 Prior to his final season of track and field at Jackson, senior Cade McCadams officially signed with Southeast Missouri State to continue his career as a runner.

The signing was held only a few weeks after McCadams helped the Indians boys cross country team bring home a fourth-place state plaque at the Class 5 level.

“There were some other options, but in the end the only option really was SEMO,” McCadams said. “It just stood out above all the rest of the schools. … Running is like a full-time job — I’m always running. The only time I’m not running is the few weeks after the season, so I’m always putting in work after school.”

McCadams was Jackson’s fourth finisher at the state meet, where he took 45th overall with a time of 16 minutes, 32.8 seconds.

Cade also helped the Indians win their first district championship in two seasons as he finished 10th overall at the district meet to earn all-district honors.

Along with that, McC-adams earned SEMO All-Conference honors when Jackson won its ninth-straight conference championship on Oct. 13.

Cade’s high school career hasn’t been an easy one as he suffered a broken leg back in his sophomore season. On top of that, McCadams suffered another fracture his junior year and one more between that injury and his senior campaign.

“Coach [Andrea] Talley has helped me through my injuries,” he said. “She’s always encouraged me to keep going.”

McCadams first started running cross country back in junior high as his older sister started running before him, so their mother suggested that he should try the sport out.

Cade is the second runner from Jackson in two years to sign with SEMO as 2022 graduate Layla Fliege is currently a Redhawk herself.