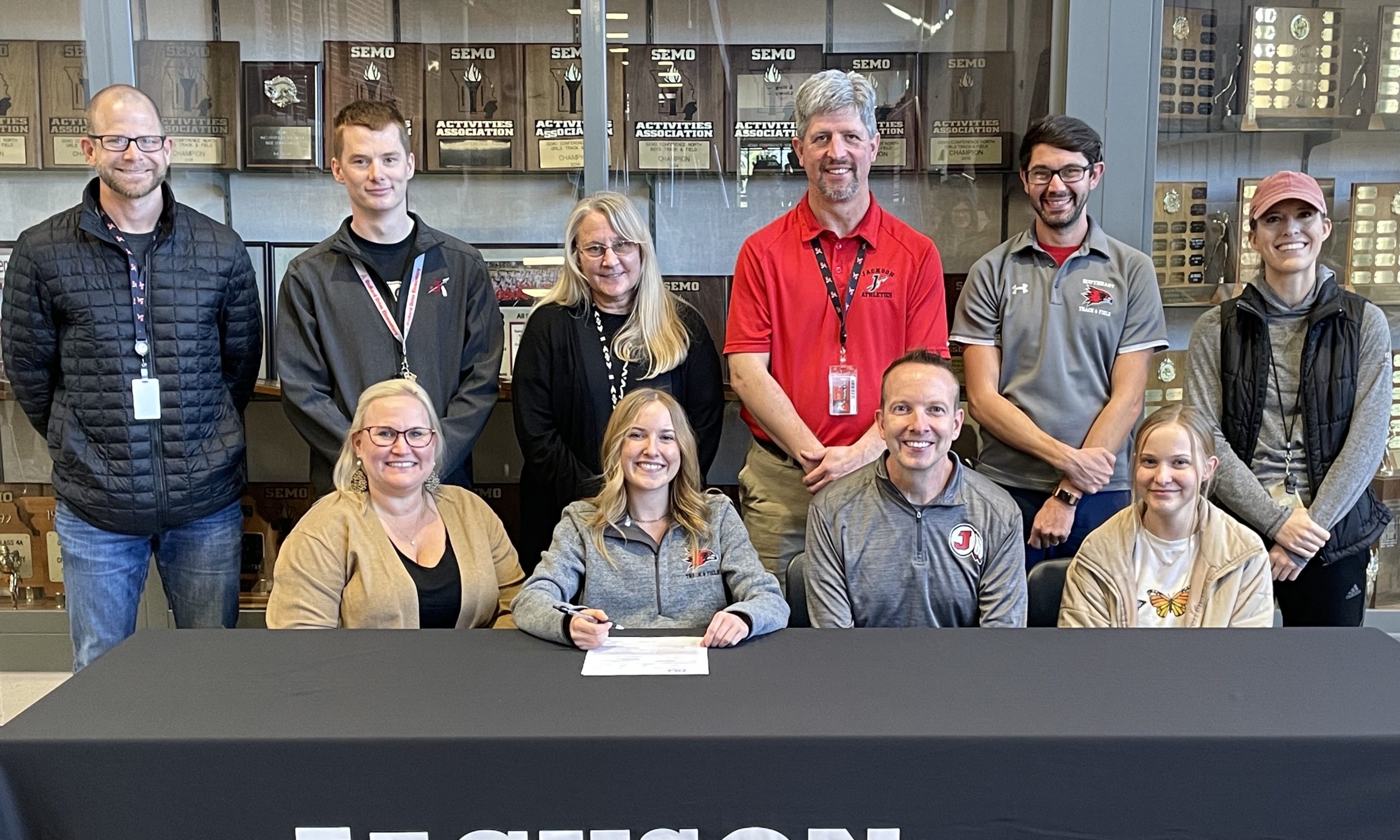 Even though Jackson senior Layla Fliege has been running her entire life, doing so collegiately didn’t cross her mind until before her junior season of track and field.

This was when Fliege, who signed with Southeast Missouri State to continue her cross country and track and field career in December, fell in love with the process of running. What Fliege means by that is during the offseason when she can run with people whom she usually wouldn’t during the season.

“It’s a lot of fun and gives variety. I think whenever you get into the season, you look back at your offseason and realize how far you’ve come,” Fliege said. “With the motivation and work you put in, you really start to appreciate running in general.”

It was this time last year when Fliege was starting to run with more people over the winter offseason between cross country and track. Layla described it as the most consistent offseason she’s ever had, where she saw her own progress and how she faired against other runners.

“Going into the track season, my times improved a lot. I hit my goal times for my junior season, and it made me really excited for what I could do in the future,” Fliege said. “I just started to love running, and I think that was kind of my set back before. I was always like, ‘Oh, I don’t know if I’m going to run in college. I think I just might chill out and enjoy it.’”

Fliege believes this opportunity of running collegiately will help her grow as not only a runner but also as a person. She said that she looked at several schools before making her decision to sign with SEMO.

“When I visited SEMO, it just felt like home,” Fliege said. “The team was so supportive from just the one time seeing them, and the coaches are all amazing. I’m just super excited to be with them.”

What Fliege was looking for in her college search the most was finding a team that was supportive and she could see herself being friends with everyone on the team. Layla was also looking for a coach that saw her as a person and not just a pawn in their scheme.

“Ryan Lane definitely views us as people and as students before runners. He still will motivate us and everything like that, but he definitely sees us as people first,” Fliege said. “That’s what drew me to SEMO — the team aspect and the support system they have.”

Fliege is following in the foot steps of previous Jackson runners like Kennedy Bauer, Chelsea Drum and Carli Knott to run at the next level. Bauer currently runs at the University of Missouri – Kansas City, while Drum and Knott ran for Ole Miss and SEMO, respectively.

During Fliege’s freshman year, she ran with Bauer as well as the likes of Faith Littleton and Kaylee Wilson, and they all three helped Jackson win a state championship back in 2016.

“They really, really influenced me. They included us and made sure that we all were supported, encouraged and hyped up before races,” Fliege said. “That’s trickled down through the years. The older I’ve gotten, I’ve gained more of their personality traits in that sense.”

Anyone who runs cross country or track will agree that one has to be mentally tough in order to do so. Fliege said the most difficult part of the sport is when runners have to deal with an injury or health issue, which she had to endure this past fall.

Fliege said the health issue even limited her during what she would call easy runs, to the point where she would have to just “chill out” for a little bit. This made Fliege find out what her limits were and cut down on her running.

“It only became worse during races and workouts because I’m reaching that oxygen debt, and I’m reaching the anaerobic stage of running,” Fliege explained. “I have since gotten medical attention, and I’m doing a lot better in the offseason. It’s basically back to normal.”

Even though there are still days where Fliege has to assess her health and how she’s feeling, she said she’s basically back to where she was before she started having to deal with the health issues.

Fliege has been running as long as she can remember, and her father Paul has been arguably the biggest influence on her career. Paul has even been one of Layla’s official coaches ever since she was in sixth grade.

“If I’m like, “Ah, I don’t want to run,’ he’s like, ‘You should go run,’” Fliege laughed. “He doesn’t push it to where I start to not like it. He just encourages me, and he’s my biggest supporter in my running.”

Growing up, the only other sport Fliege partook in was dance for a few years. Running is “by far” her strength, though, as she joked and said she isn’t very coordinated. “I can’t do much more,” Fliege laughed.