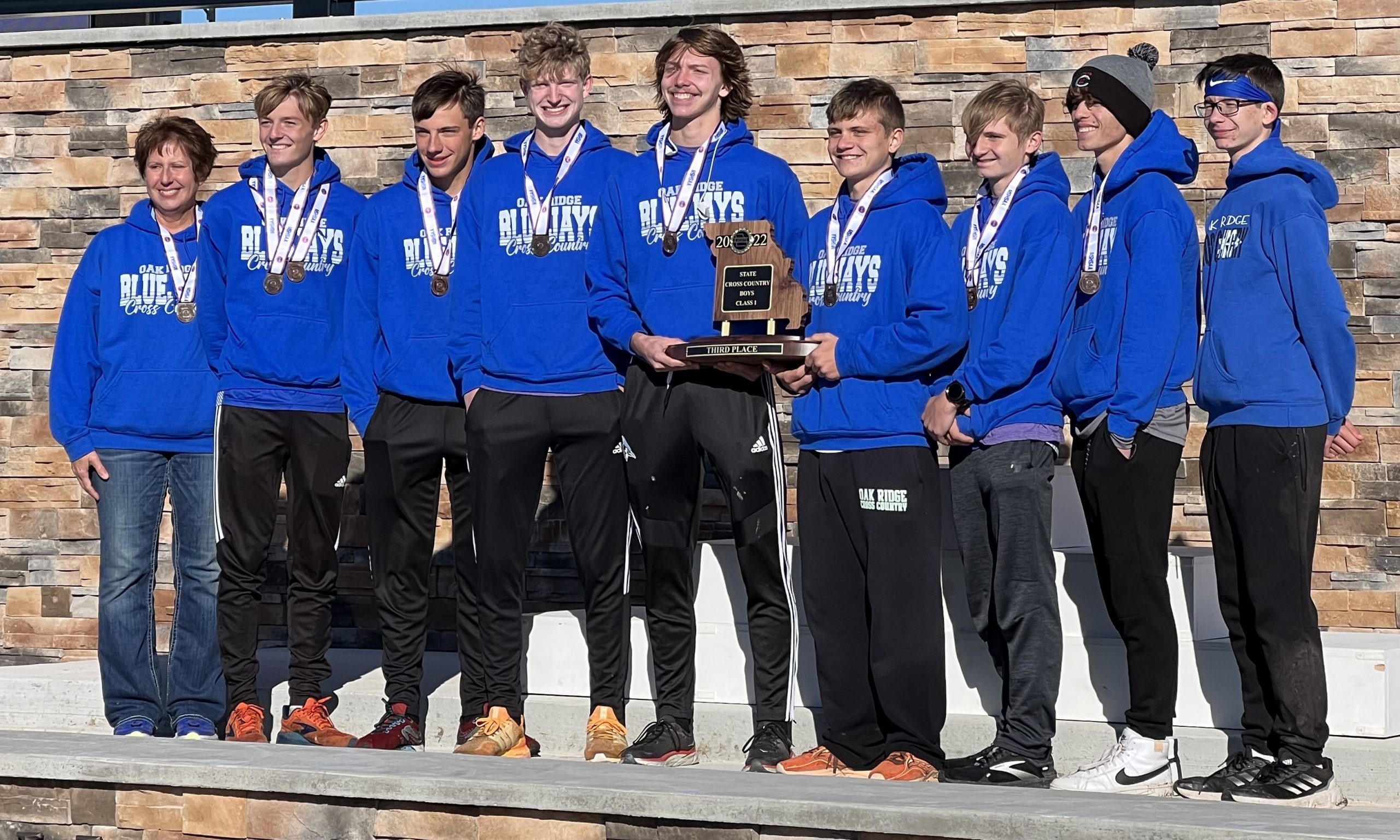 Oak Ridge finished with 95 points as three of its runners placed in the top 30 with one earning all-state honors with a 15th-place finish. That runner was Blue Jays junior Brock Hobeck, who crossed the finish line at 17 minutes, 46.6 seconds to bring home an all-state medal.

Also placing in the top 30 for Oak Ridge but coming just shy of earning all-state was junior Ty Wilson and sophomore Grant Meyer, who placed 26th and 27th overall with times of 18:14.5 and 18:16.4, respectively.

The final two of the top-five scorers for the Blue Jays junior Karson Ward and sophomore Cohen Hahs took 42nd and 43rd overall. Ward ran a 18:48.4, while Hahs paced him at 18:49.

Jackson scored 154 points in Class 5 and only had one runner place in the top 25 to earn all-state as junior Bryce Gentry took 17th place with a time of 16:00.2.

The two other area teams to qualify for state were the Oak Ridge girls and Notre Dame boys. The Blue Jays recorded their highest finish in program history by taking seventh overall in Class 1, while the Bulldogs placed 12th in Class 3.

Despite finishing outside of the top 10, Notre Dame’s boys team still had an all-state finisher in senior Mason Morris, who took 19th place with a time of 17:01.2.

Outside of Morris’ top-25 finish to earn all-state, the Bulldogs didn’t have their next runner cross the finish line until sophomore Caleb Klipfel took 80th at 18:06.9. Fellow Notre Dame sophomore Michael Givens finished eight spots behind Klipfel with a time of 18:13.6 to take 88th overall.

Placing the highest in the area individual was none other than Notre Dame junior Lauren Eftink as she took 11th place in the Class 4 race to become a two-time all-state medalist. Eftink, who won a total of six races this fall, crossed the finish line at 19:26.6 to cap her junior year.

The only other Bulldog to qualify for the Class 4 State Meet was senior Molly Turner as she finished in the top 70 at 66th place by crossing the finish line at 21:17.3.

There were three other individual state qualifiers out of the Cash-Book Journal’s coverage age, which were Jackson girls runners senior London Popp and freshman Emma Niedbalski, and Saxony Lutheran sophomore Myra Roth.