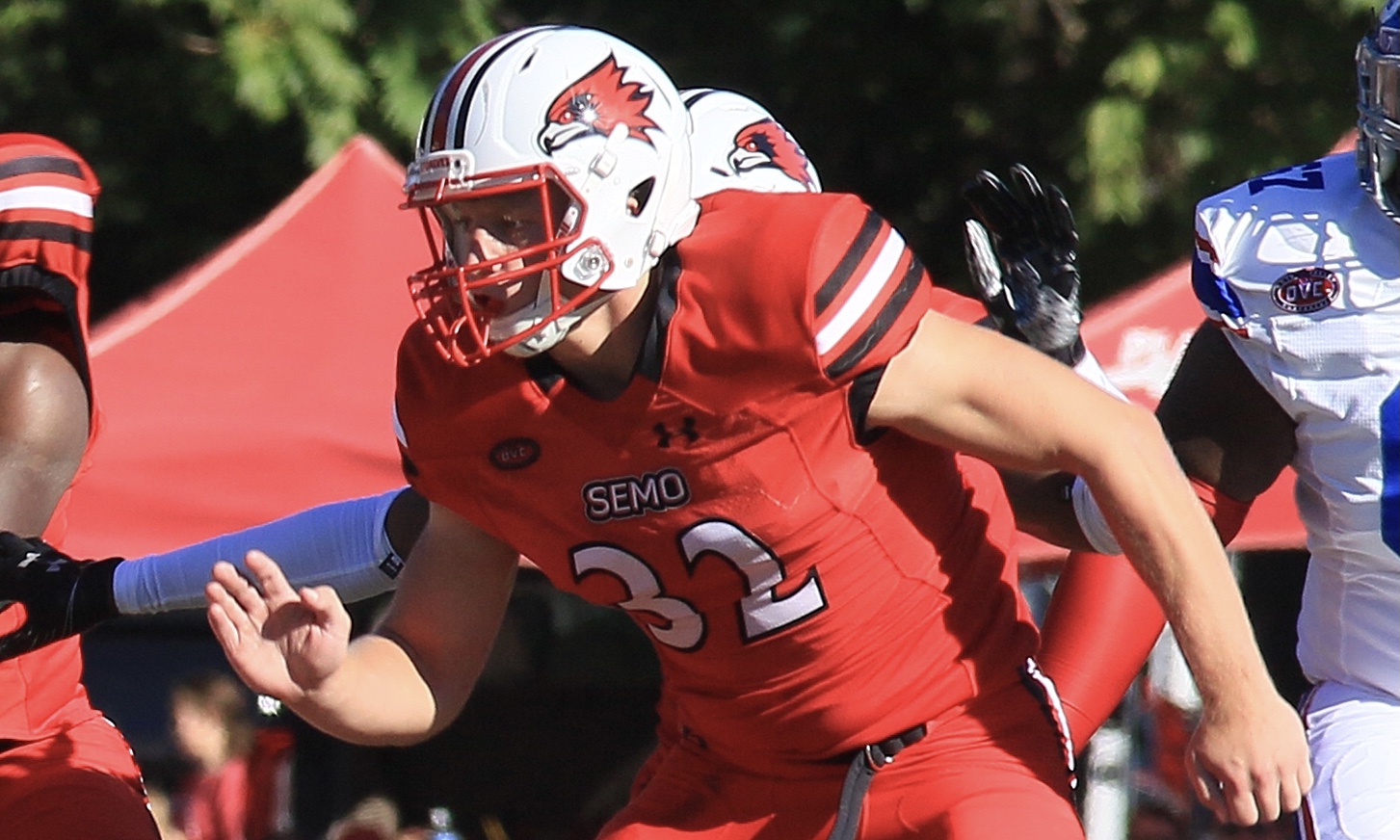 Just one season into his freshman season of college football and Southeast Missouri State inside linebacker Bryce Norman is already gaining national attention.

Norman, who graduated from Jackson last school year after he helped the Indians football program win their first state championship last fall, was named to the Jerry Rice Award Watch List last week. The Jerry Rice Award is given annually to the most outstanding freshman in the Division-I Football Championship Subdivision (FCS).

Bryce was one of the 22 players named to the award’s watch list as one other fellow Ohio Valley Conference player was also named — Austin Peay wide receiver Drae McCray. Three other linebackers besides Norman were on the list: Fordham’s James Conway, Houston Baptist’s Rodney Dansby and Stony Brook’s Tyler King.

Norman currently leads all Redhawks in tackles and forced fumbles with 58 and three respectively, while being second in tackles for a loss (seven and a half), tied for second in quarterback hits (three) and tied for fourth in sacks (one and a half).

Norman’s success should come as no surprise to anyone of the Jackson faithful as not only did he help the Indians bring home their first state title in 2020, but he was also named that season’s Class 5 Defensive Player of the Year.

Bryce was also, of course, named the best defensive player in Southeast Missouri by being the 2020 recipient of the Derland Moore Award.